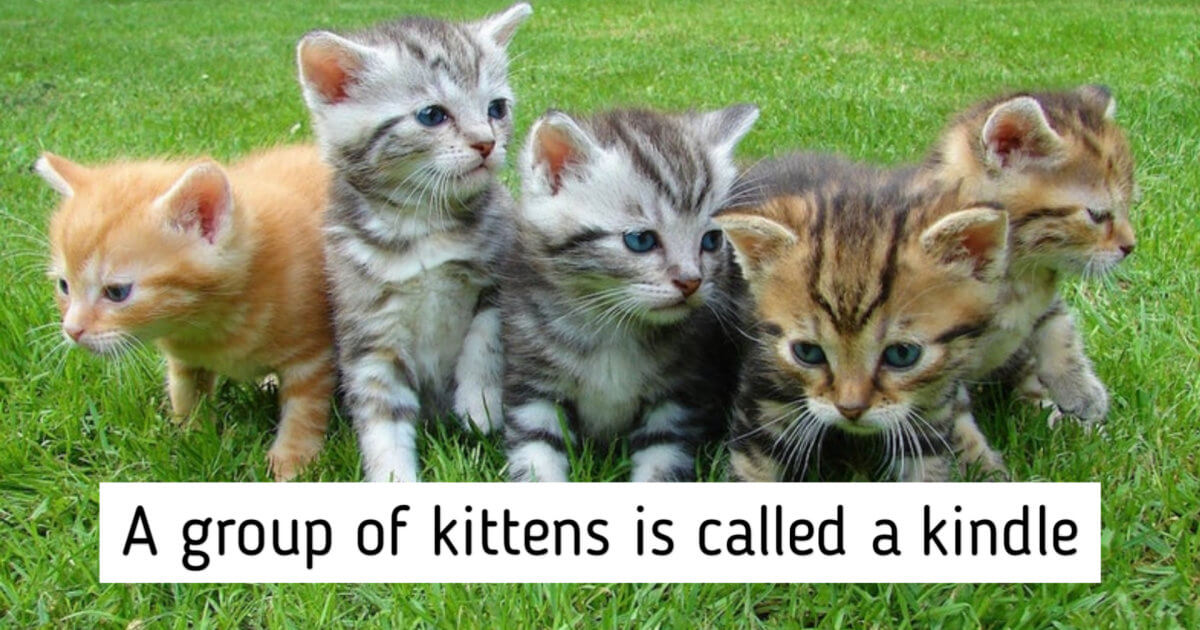 Cats are fascinating creatures, full of mystery and instinct, and as we spend more time with them, we discover new and fascinating truths about them. While we may never know all of their secrets, we have learned just how amazing cats can be. Cats are without a doubt the best, from the way they walk to the way they converse.

Check out these 30+ fascinating facts about cats to discover more about your favorite animal. Please let us know which fact is your first time to find out and don’t forget to share it with your friends or family.

Feline bodies are incredible. They can defy physics to inhabit unimaginable areas or run so rapidly that the human eye can’t keep up with them. Here are several facts about cats’ physicality, from eyes that see at night to whiskers that perceive the surroundings. 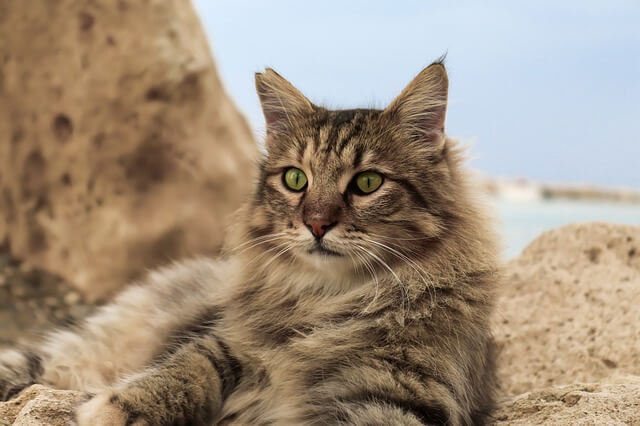 #1 Cats walk in a pacing motion, similar to camels and giraffes. To complete the stride, the front and back legs on one side of the cat’s body move in synchrony, followed by the dual movement of the legs on the other side.

#2 Cats are capable of drinking seawater. The ability of feline kidneys to filter out far more salt than human kidneys is remarkable. Freshwater is preferable for cats, although if they are in a pinch, they can drink salty ocean water.

#3 Cats can reach speeds of up to 30 miles per hour. They can only maintain such speeds over short distances, however.

#4 Whiskers detect changes in the air through vibrations, which provide them with more information about their surroundings and any potential threats.

#5 Cats can’t taste sugary treats since their sweet taste buds aren’t particularly sensitive. If your cat appears to be a dessert connoisseur, the fat content of their diet is most likely to blame.

#6 Cats have 230–244 bones in total, including 18–23 bones in the tail alone. Because cat bones can fuse together throughout time, the amount of bones in their bodies fluctuates.

#7 Adult cats can jump up to six times their body length, which translates to about 5-6 feet in a single leap, especially if they get a running start. 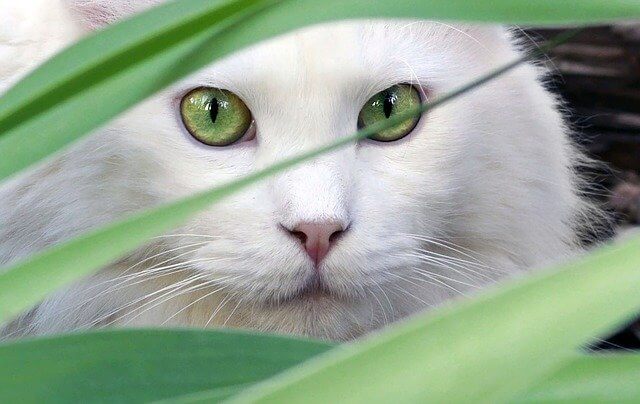 #8 Cats have three eyelids on each eye. The palpebra tertia, often known as the nictitating membrane or just the haw, is the third eyelid. It’s widespread in animals and aids in keeping the lens clean and wet.

#9 A cat’s nose print, like human fingerprints, varies from one cat to the next. Each feline nose pad is distinct due to the bumps and ridges on the nose.

#10 Cats sweat through their paw pads, despite having sweat glands in other parts of their body.

#11 Cats can rotate their ears 180 degrees thanks to their 32 ear muscles. 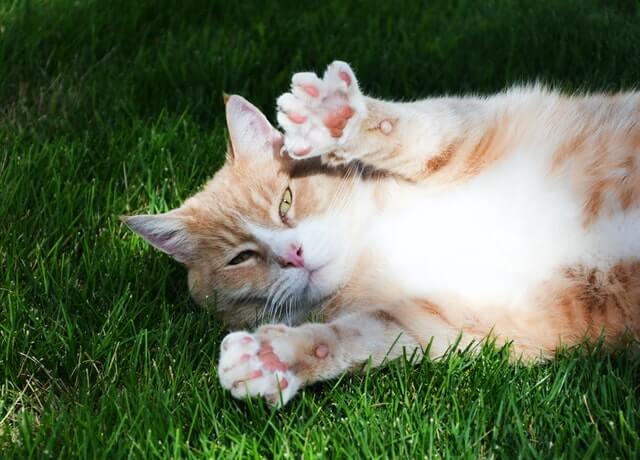 #13 Cats have good vision in the dark. Their elliptical pupils open wider than round pupils, helping them to see better at night. Furthermore, the rods of the retina allow for light absorption, and there are more rods than cones in the feline eye, implying that cat eyes were designed to see in low light. Also, you’ve probably noticed the green flash in a cat’s eye. The tapetum lucidum, a membrane, is responsible for this. Its purpose is to reflect light back into a cat’s eyes for better vision.

#14 Ear decorations are the lovely wispy fur plumes that sprout from the inside of a cat’s ears.

#15 Cats sleep 12–16 hours every day on average. Cats sleep for almost two-thirds of their lives. However, as Animal Planet points out, cat sleep differs from human sleep in that cats are significantly more alert to threats while sleeping. 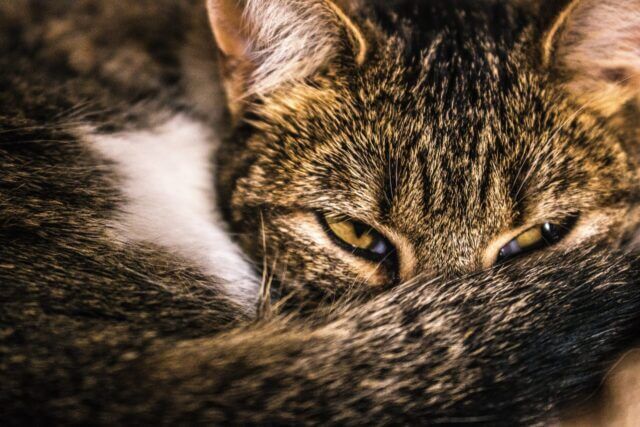 #16 Cats make about 100 different vocal sounds, and each purr, chirp, chatter, meow, trill, and hiss has a particular meaning.

The mind of a cat is a complicated place

#18 Cats are clearly intellectual creatures, and studies have demonstrated the brain’s intricate design. Take a look at these fascinating facts about your cat’s amazing mind. 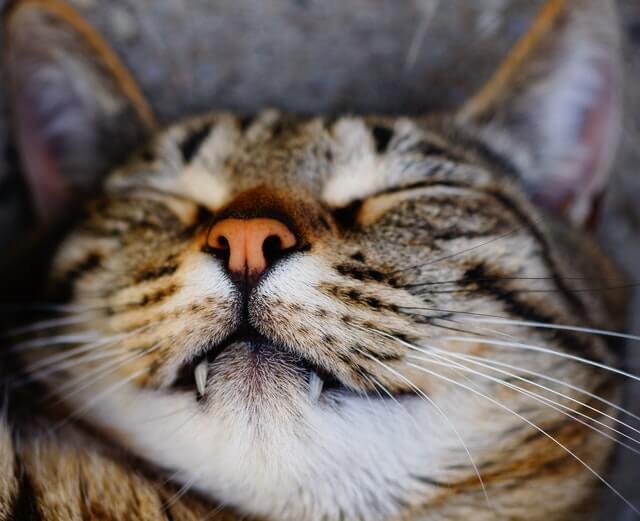 #20 The brains of cats and humans are remarkably similar, with a 90% similarity factor due to surface folding and structure. Gray and white matter, as well as temporal, occipital, frontal, and parietal lobes, make up the cerebral cortex in both cats and humans.

#21 Cat brains are around 2 inches long and weigh about an ounce. Though a cat’s brain is smaller in proportion to its body than that of other animals, its size is no indication of intellect, as cat brains are complex and multi-lobed.

#22 Catnip does not affect all cats in the same way. When catnip enters the nose, it is thought to attach to protein receptors that excite sensory neurons, causing 70-80% of cats to react. The oil in catnip called nepetalactone stimulates this response, and a cat’s reaction to catnip is inherited. 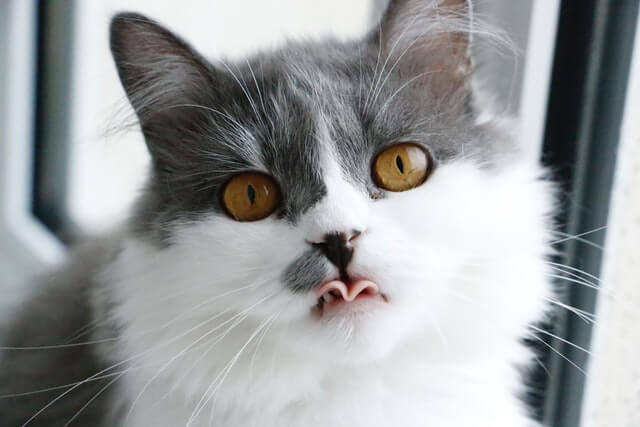 Here are a few more terms to help you better understand cats!

#23 While most people believe cats are nocturnal, they are crepuscular, which means they are most active at dark and dawn.

#24 A group of kittens is called a kindle. 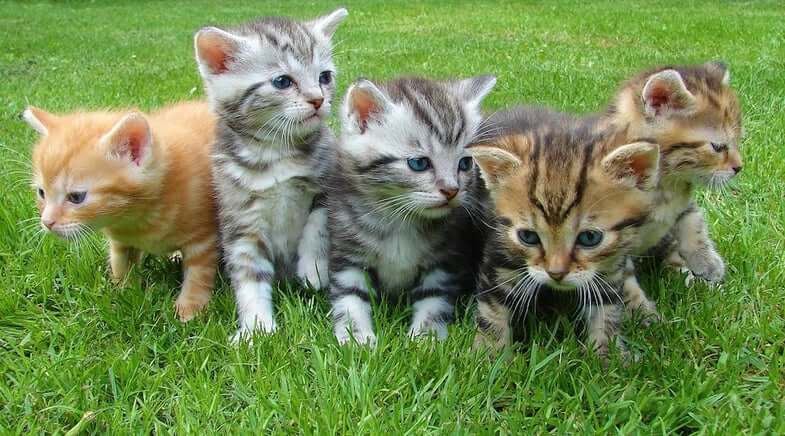 #25 A group of cats is known as a glaring or clowder.

#27 Trichobezoars are the scientific term for hairballs.

#28 Mau is the Egyptian word for cat.

#29 Ailurophile is a fancy term for a cat lover. 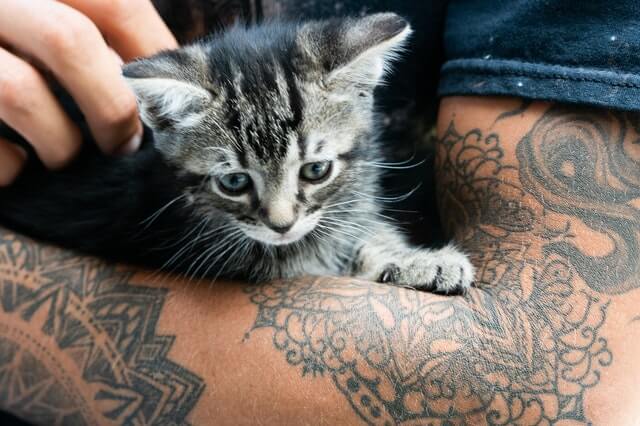 #31 Cats kiss their owners with slow, lengthy blinks. Cats aren’t frightened to close their eyes when they’re at peace in your presence. Closed eyelids are a sign of weakness in the wild, so if a cat feels comfortable enough to give you those long blinks, consider it a kiss.

#32 If your cat sticks his butt in your face, don’t be offended. Another indication of trust is a cat rump in the face, which might be interpreted as a high-five or a hug. 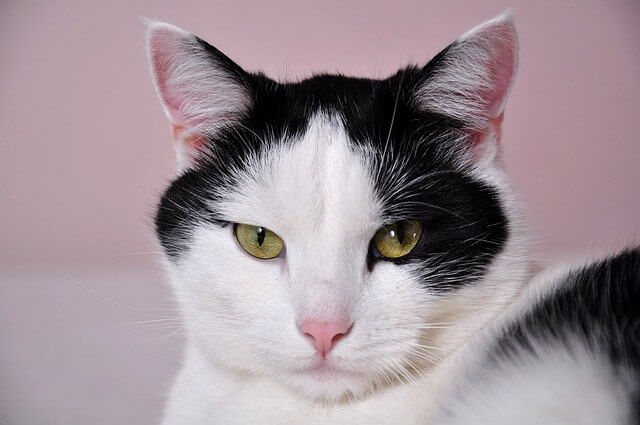 #33 Having a cat minimizes your chances of having a stroke or cardiovascular disease. People who have a companion cat are less likely to die of a heart attack or stroke, according to studies. Cats have the potential to help us reduce stress, which is beneficial to our heart health.

#34 Black cats are not considered unlucky in all cultures. Black cats are thought to bring happiness and love in Japan. A black cat will bring good luck in marriage to an English bride. 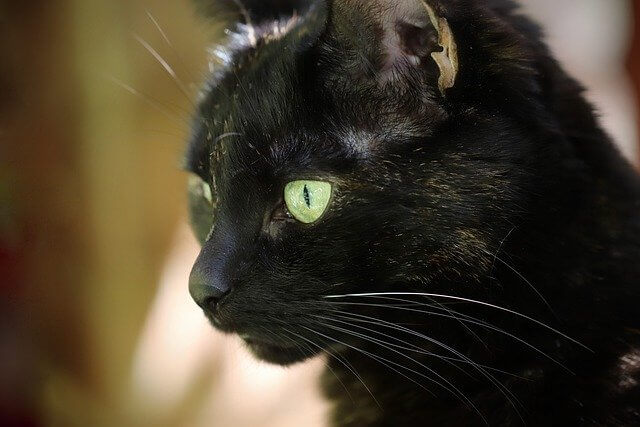 Cats in History: Facts and Figures

We’ve adored cats for millennia, since since they permitted domestication to take place. Here are some fascinating facts about cats from the past.

#35 Cats have been human companions for almost 10,000 years. A human and a cat were purposely buried together in a 9500 B.C. burial discovered in Cyprus.

#36 It appears that Isaac Newton invented the cat door. Newton’s work was apparently frequently interrupted by his cat scratching at the entrance. The cat door was created with the help of a carpenter and a saw. 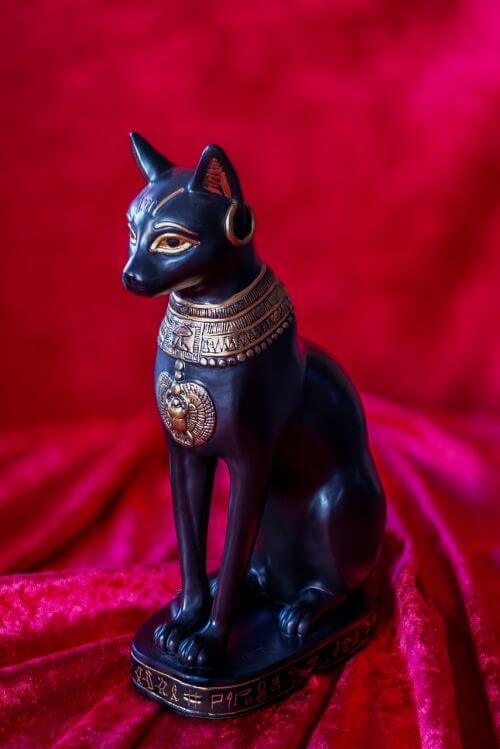 #37 When their cats died, Ancient Egyptians shaved their brows as a sign of mourning.

#38 Cats were revered as emblems of liberty in ancient Rome, and the phrase libertus sine labore, or liberty without labor, was coined to commemorate them.

#39 Our domestic cats are said to be descended from the Middle Eastern wildcat Felis silvestris, which means “the cat of the forests.” These cats can still be found in the wild. 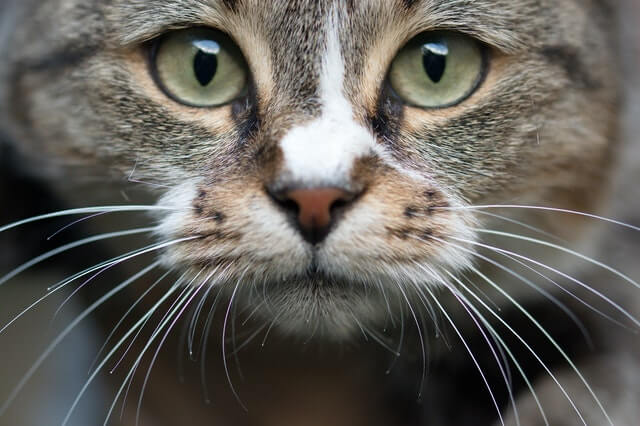 Despite the fact that we learn more about cats every day, they remain our little mysteries at the end of the day. But, hopefully, these fascinating cat facts will throw some insight on the mystery of cats.