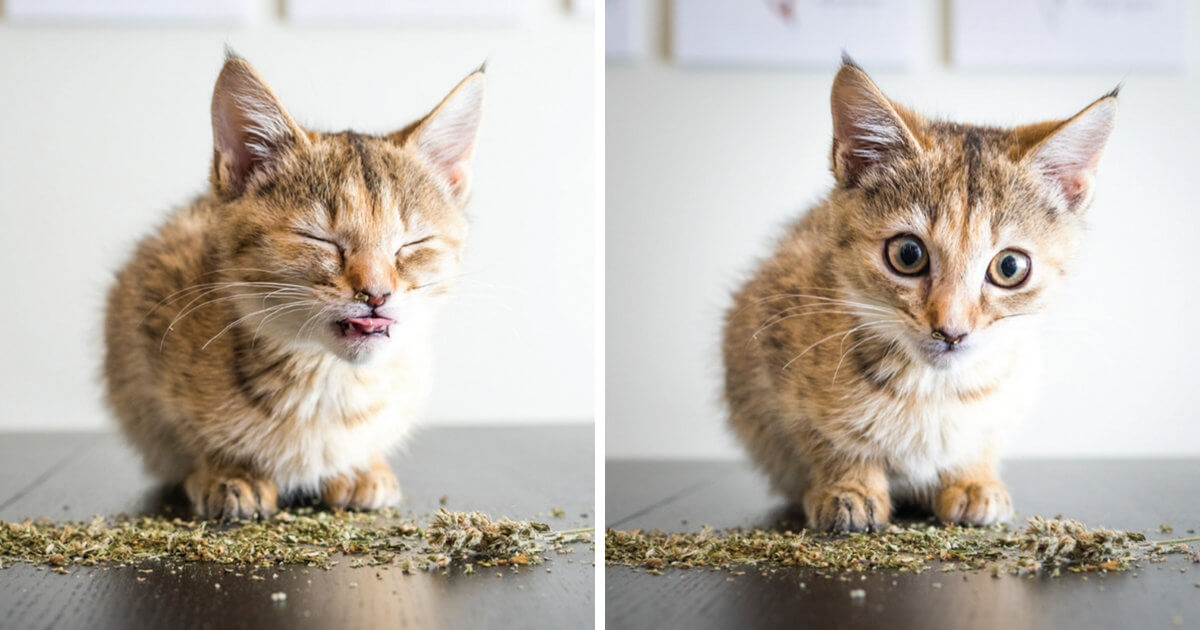 Andrew Marttila is known as a more than 5-year professional animal photographer who is likely to capture lots of iconic facial expressions as well as movements of animals, especially his feline friends. Graduated and took a degree in neuroscience but he made an unexpected decision of taking animal images and surprisingly his work of art drew millions attentions of the audience on social media. Andrew’s bizarre career path somehow took him to another level of being a photographer compared to a normal people who took a cat picture just for fun.

3 years ago, Andrew Marttila published a unique book with his cats had a fun time with catnip which is legal for cats and you would never imagine what’s inside of cat’s agenda if you did not let them play, eat, or wear that green stuff. He demonstrated how his cats were frisky, lethargic, or even everything in between that we cannot name. He made a milestone for his life by the book with the entitle “Cats on Catnip” after his second popular book called “Shop Cats of New York” although he was allergic to most pets – included cats. 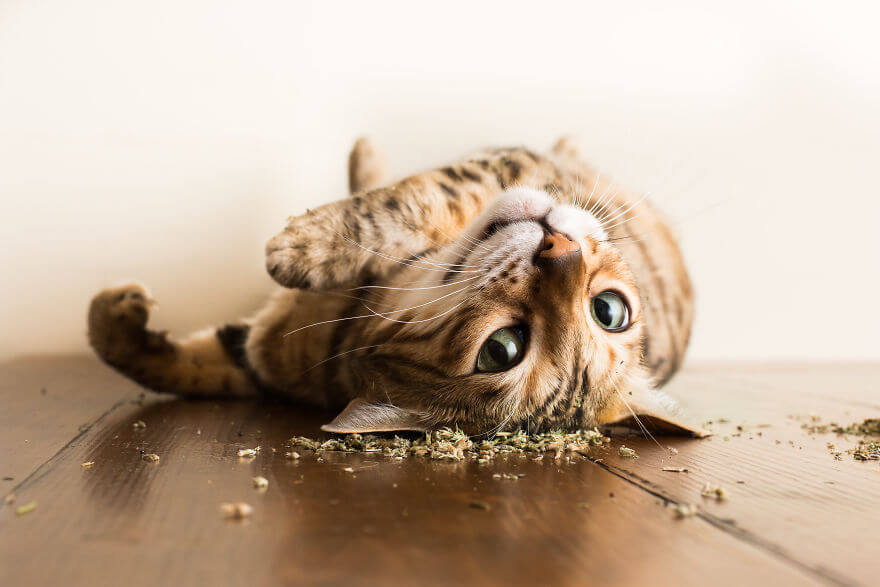 With the love of animals plus his knowledge of neuroscience major, Andrew knew how to deal with his terrible allergy and now he is living with his girlfriend, their 3 cats, and a slew of rotating foster kittens outside of D.C. 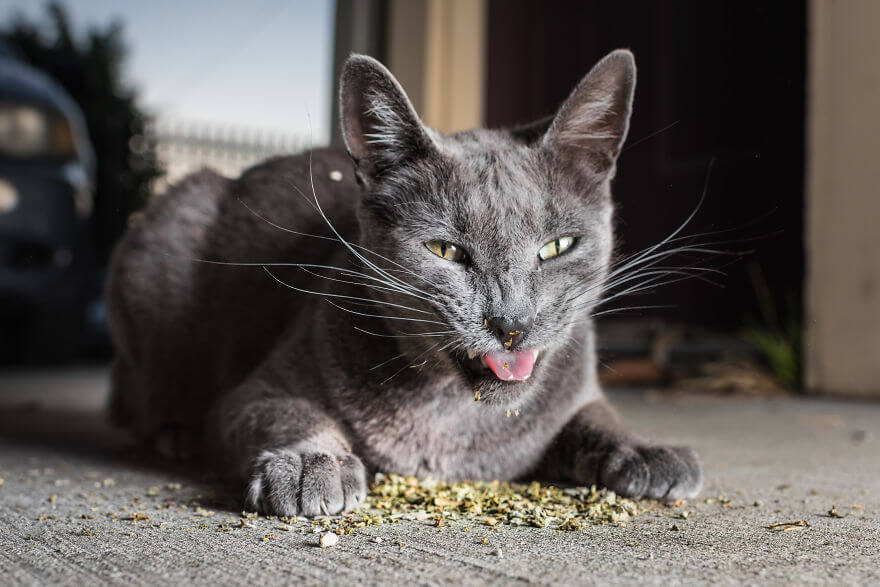 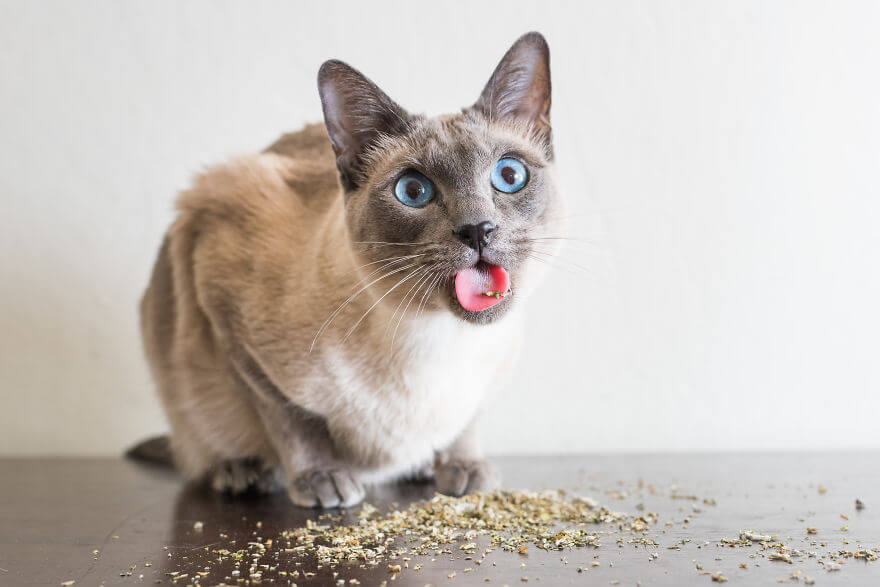 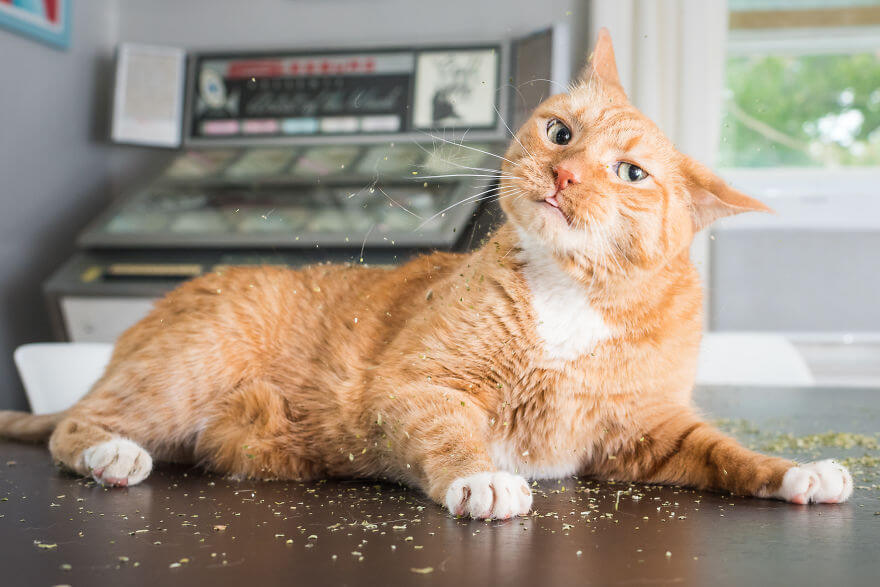 When those furry friends got high and let their subconsciousness begin the journey, Andrew had a chance to carefully follow and make some shots and turned out their collaboration with catnip had been always responded in person and on the Internet. 551k followers on Instagram are clearly the proof of how cool is his taking photo talent that was being trained for a year and it paid off. 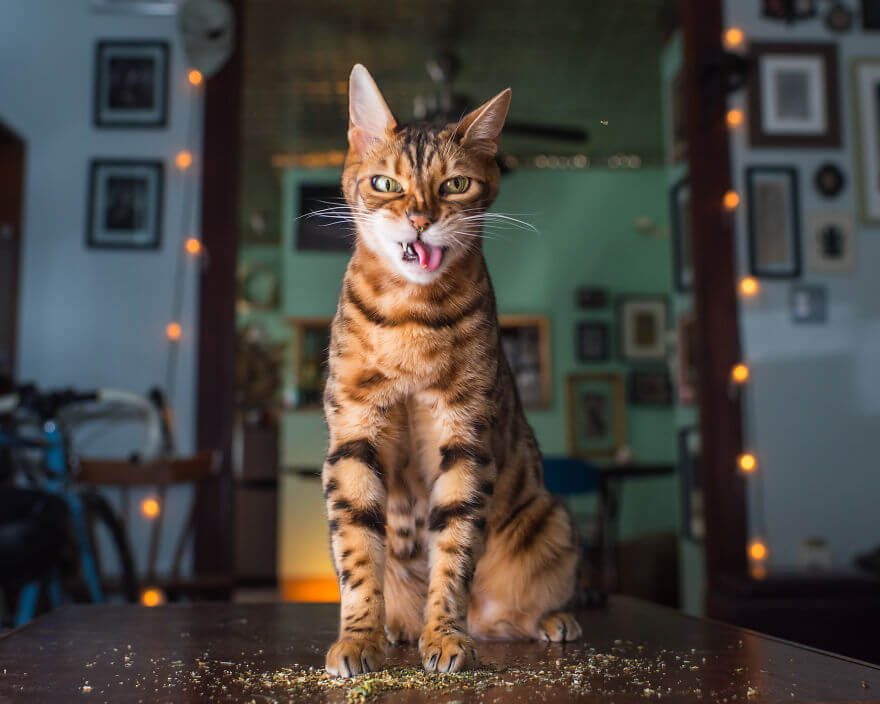 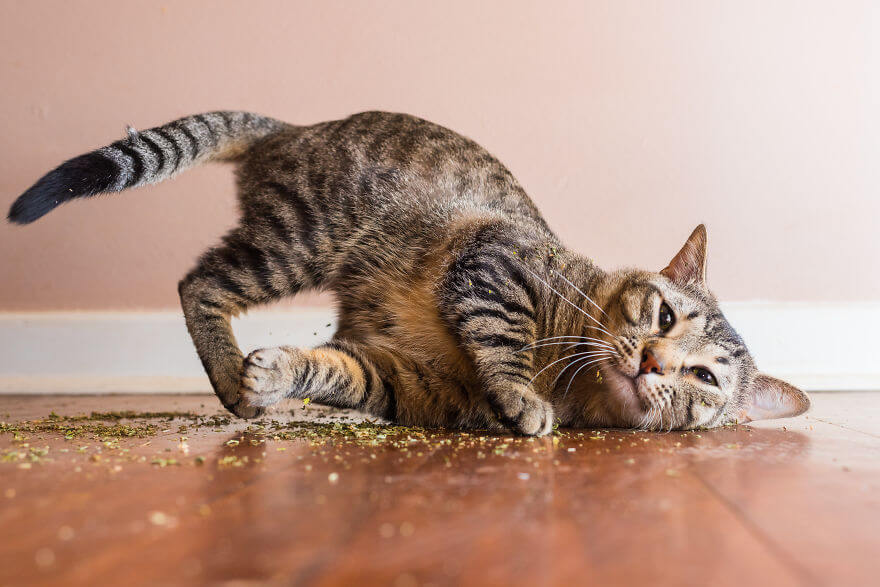 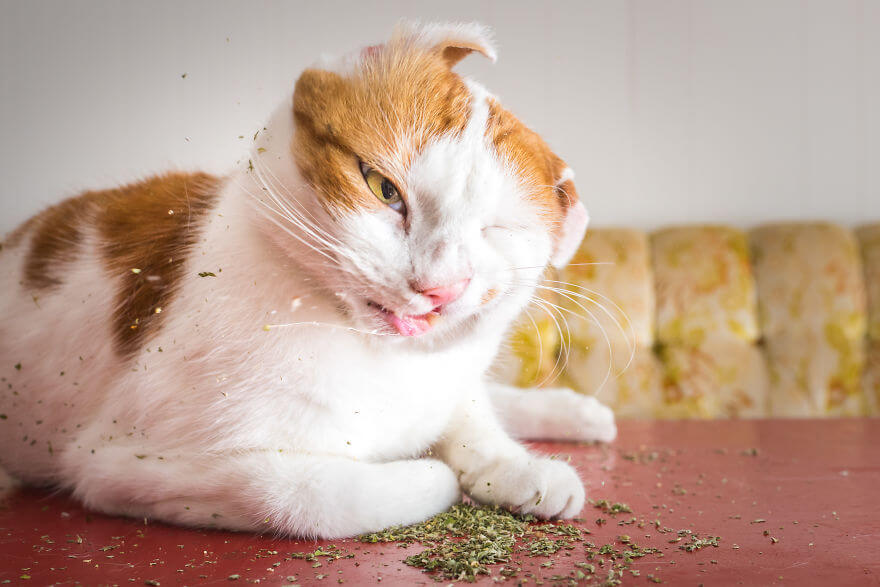 Something about living with cats for years made Andrew give us a speech: "If you've spent even a few minutes with a cat, you'll soon realize they have their own agenda, and getting them to do your bidding is an exercise in futility." 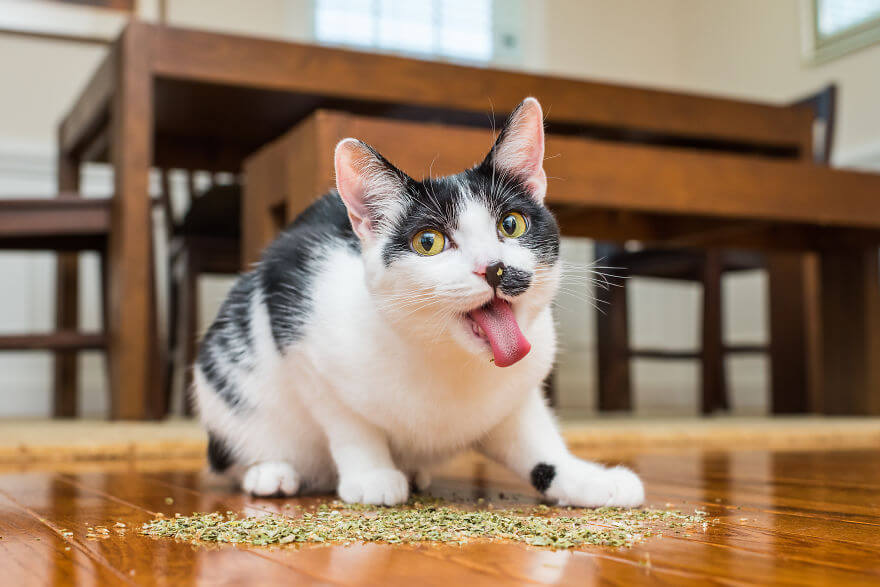 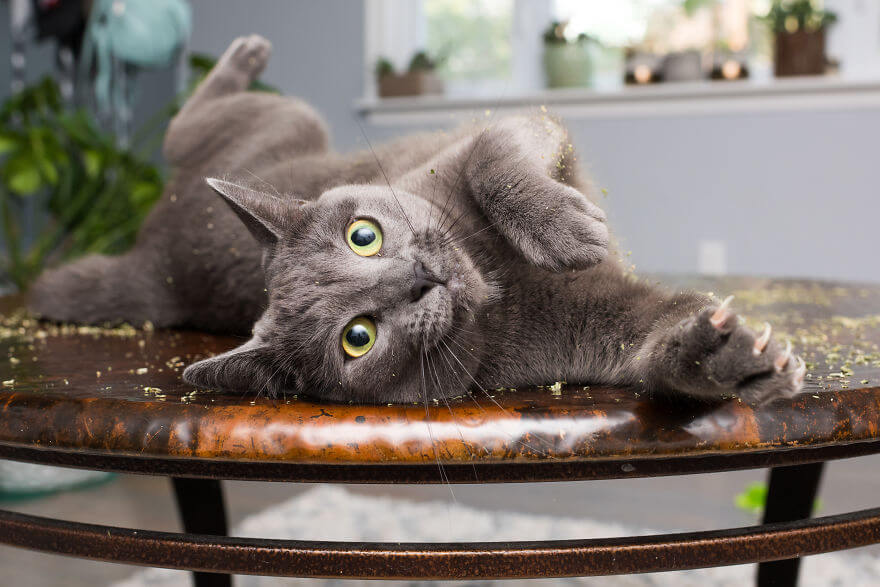 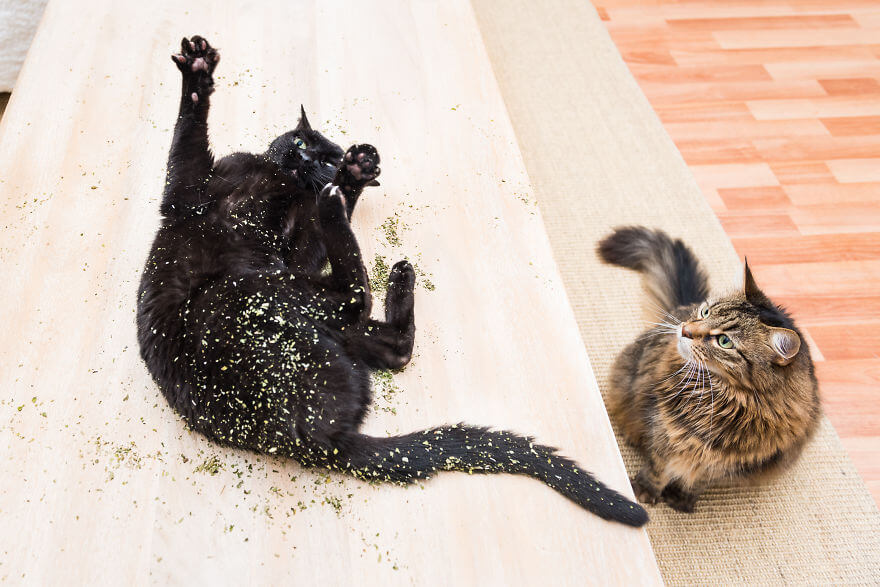 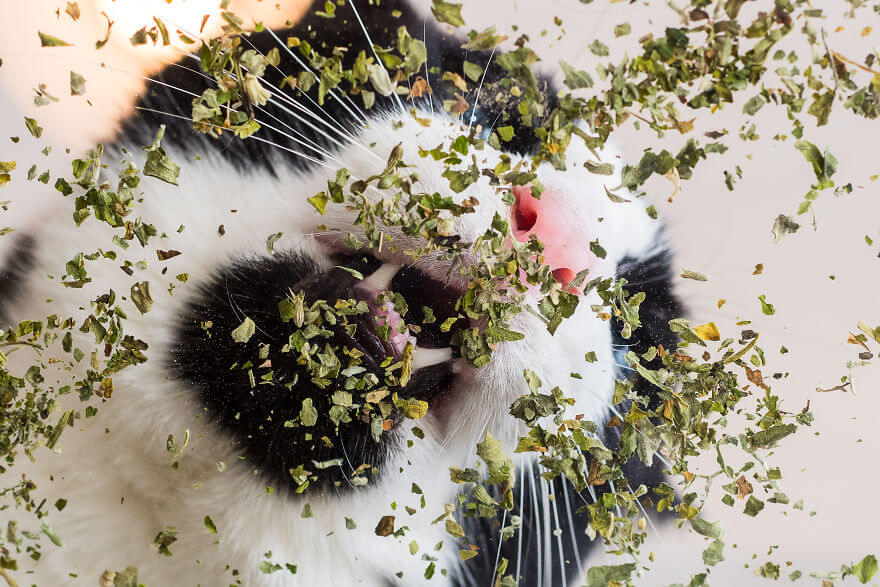 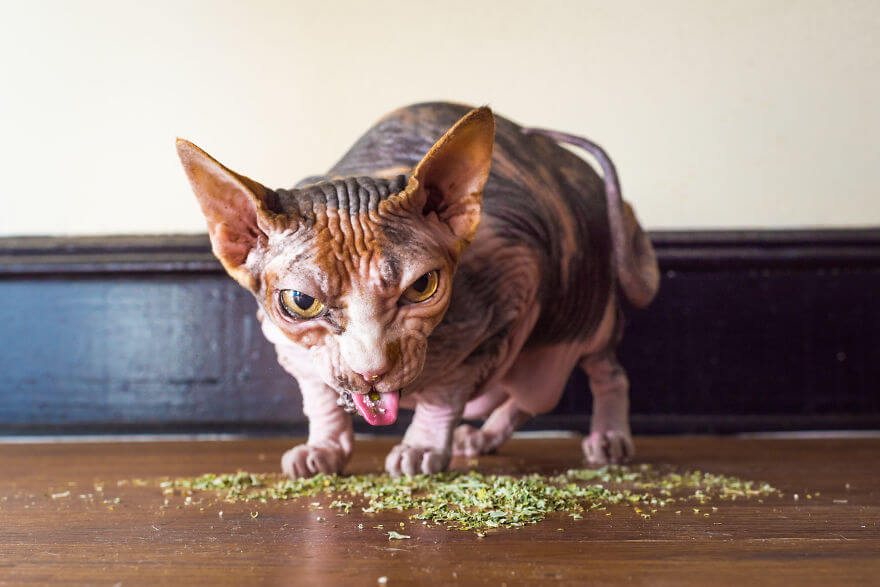 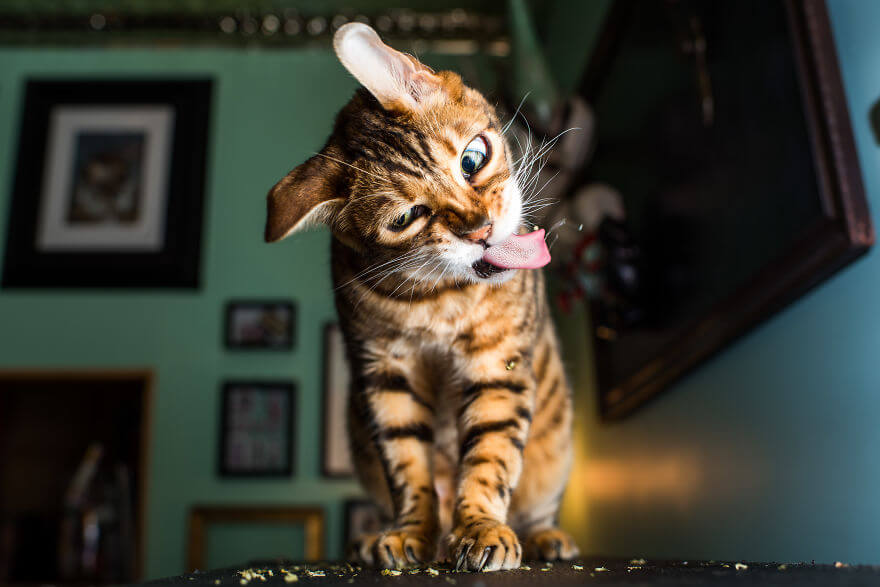 No matter how silly or funky the reactions were the cats with catnip, he always took the best shot of them with unpredictable expressions. 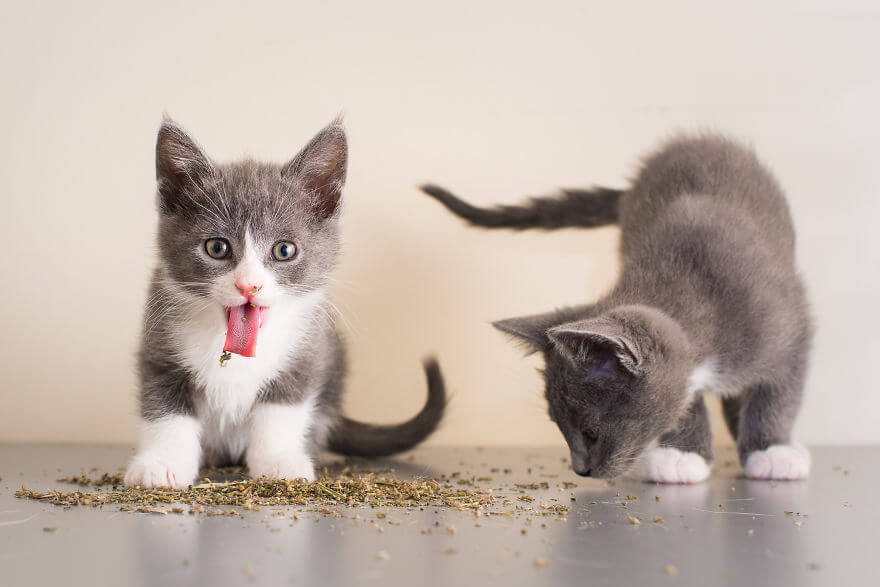 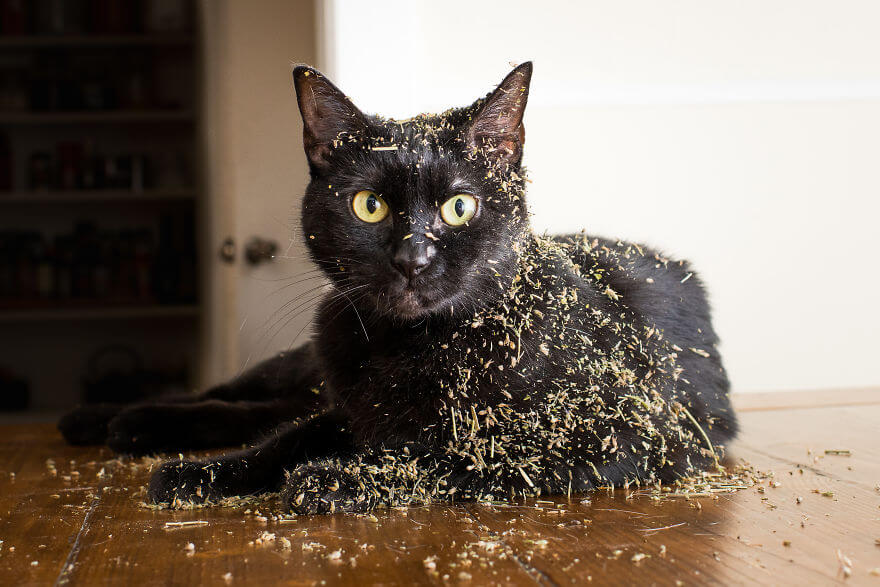 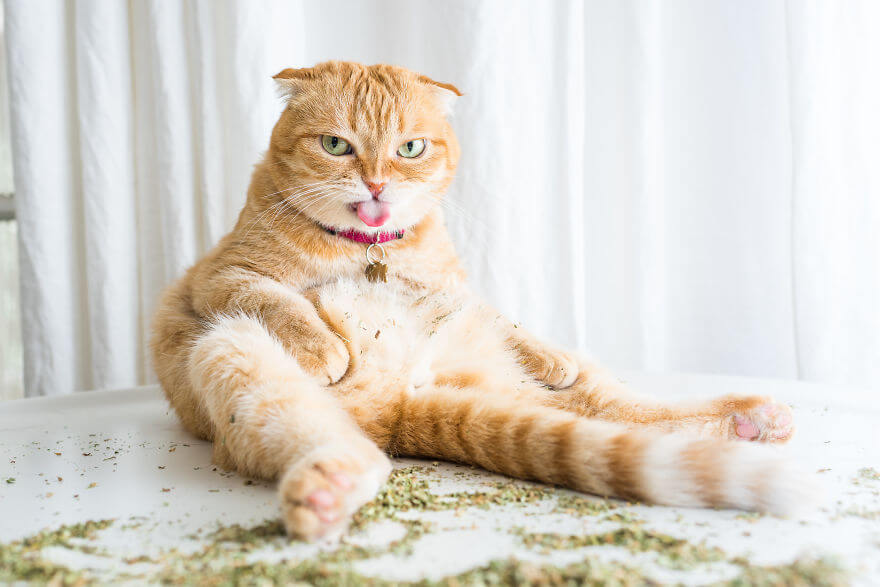 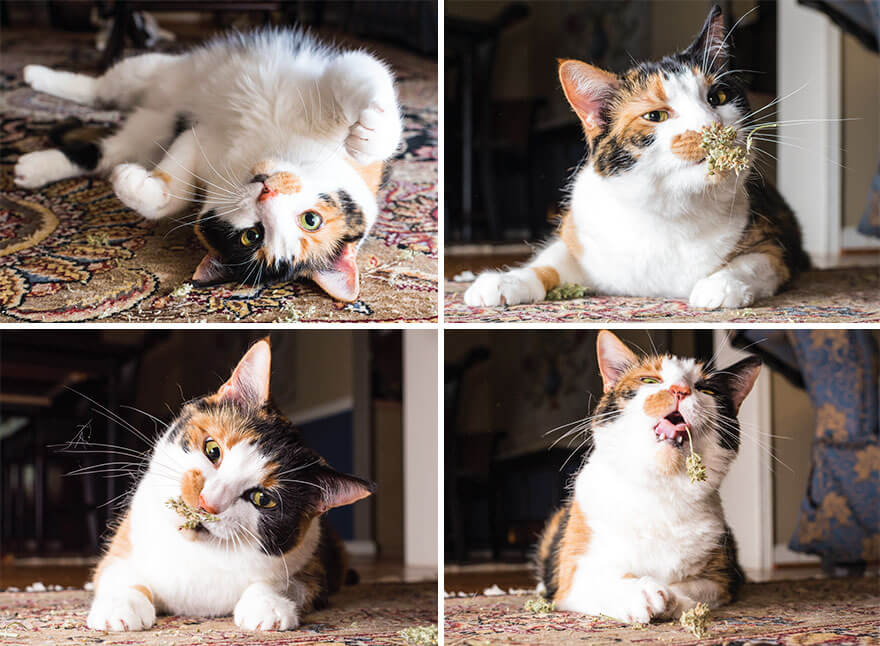 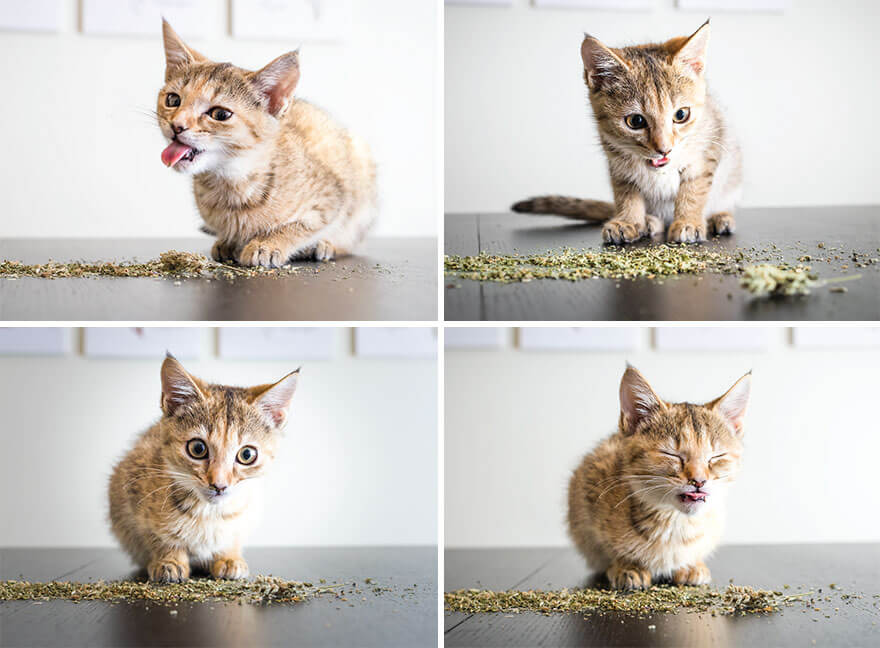 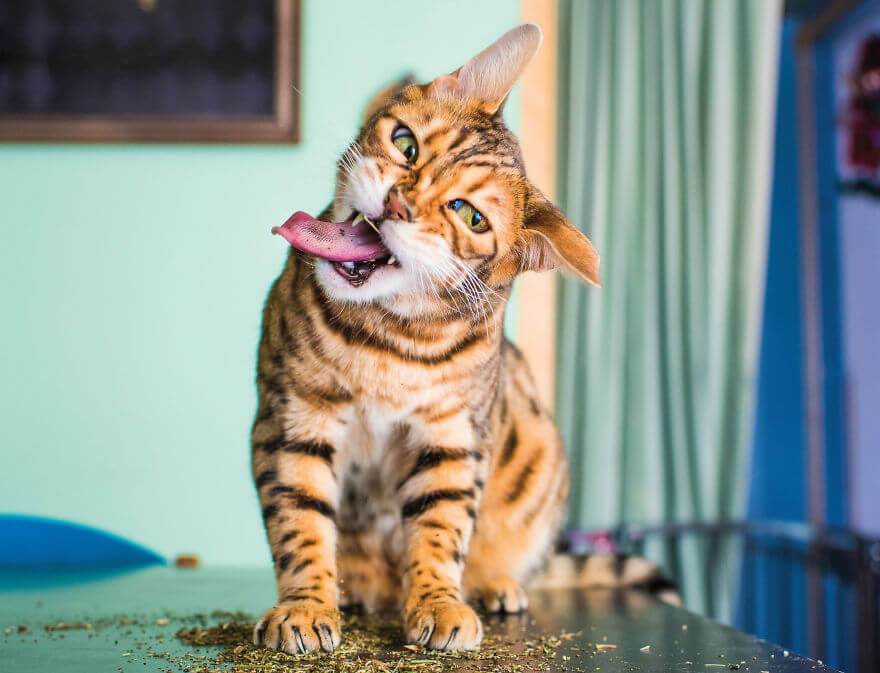