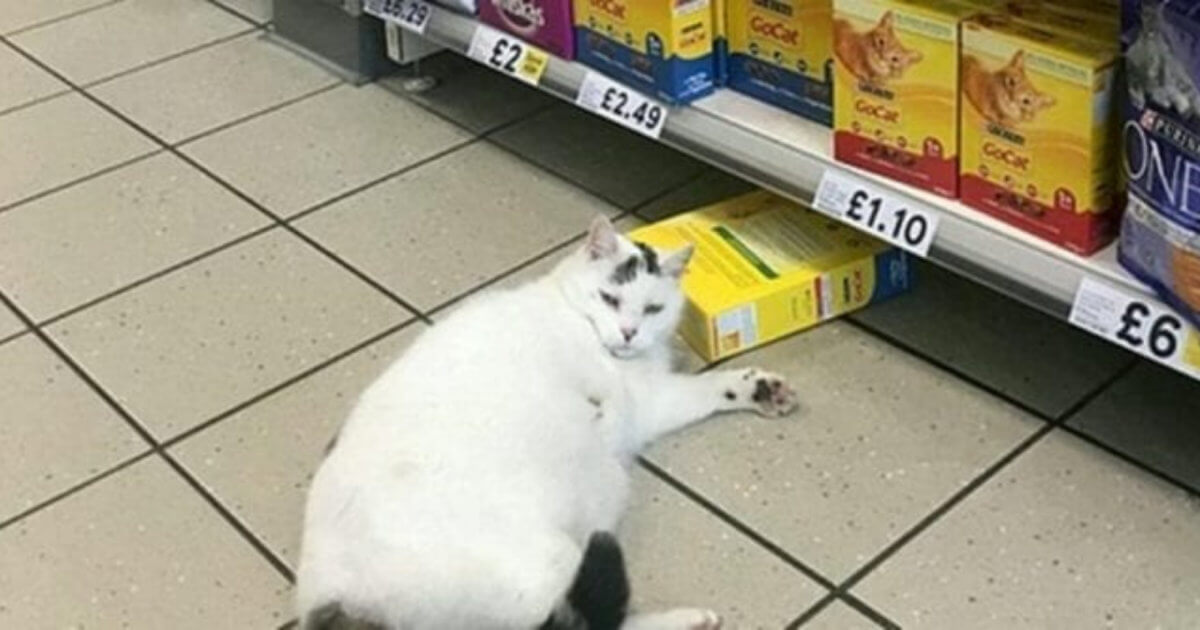 People say happy-go-lucky, but in this case, chunky-go-lucky might fit this feline. This huge unit is no stranger to the Tesco market in Rugby, Warwickshire, UK. All the staff knows his presence in a specific aisle: the cat food section. The cat claims this area as his kingdom, so he can be out and about whenever he wants. Turns out, it’s a signature culture in this market when people come to buy stuff. Some regular customers are adept at knowing where he locates, and others will be in awe of the market’s regulation because of a cat. 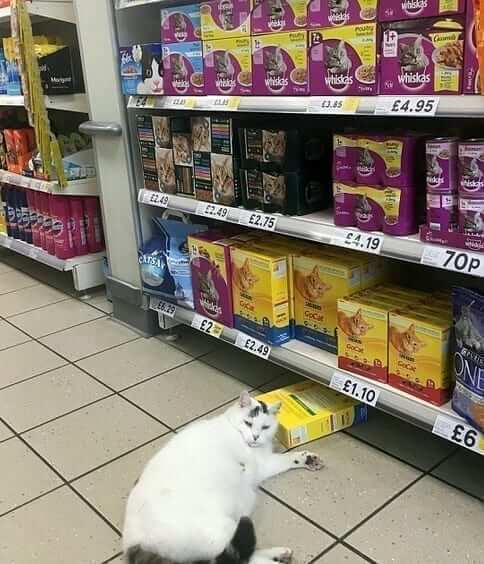 One of the shoppers Melanie Morris-Jones was shocked when she saw this chonky feline. She reached the food corner and spotted the cat was sprawling all over the floor as if he was the boss of the market. Noteworthy, he sat right at the fallen off Go-Cat food box with a vigorous yet sleepy face. Melanie couldn’t help herself snapping some photos of this bull-headed potato. He looked absolutely laid-back, literally. His back aligned with the cooling ground, it must have been relaxing. And about the box, would he want to open up and satisfy his appetite, you might ask. 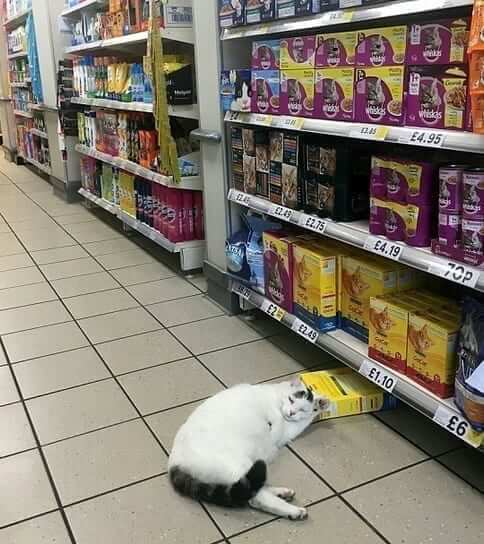 The story seemed to be more hilarious when the cat gave up on the box, no matter how tasty and mouth-watering it was. Maybe because it was complicated to open? Probably. After a while, he finally fell asleep peacefully. To take the advantage of that moment, the woman took some more priceless pictures and shared them on the Internet with the caption: “I came across the cat just lying there next to the box of cat food it had knocked off. It had clearly tried to go for the food but I don’t know it must have just given up.” 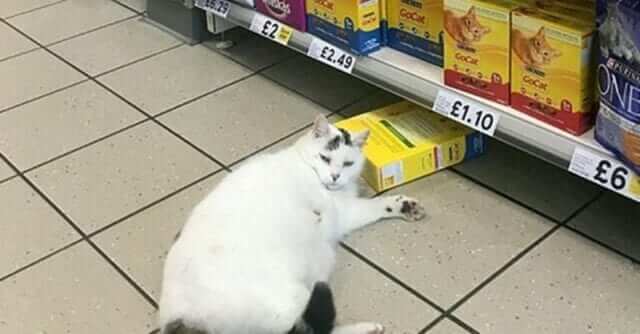 Just by looking at his body, we all can guess that he is not ownerless at all. Stray kitties are mostly malnourished and ill, but this cat is definitely well taken care of. His figure made Melanie head over to the cashier and ask the staff whether he had an owner.

“She said yes she knew it was there and that it was a regular. I’m not sure who owned it – but it was completely chilled out. The cat looked like it didn’t even care.” – She said.

Regardless of his unknown background, this kitty had driven a lot of cat lovers’ attention by dozing off next to the cat food box. Have you ever seen this cat when you shop at the Tesco market? Let us know in the comment below and tell us more about your experience with him!