Love is the most powerful thing that everyone deserves to have and spread to others. I doesn’t matter how we look, we can absolutely surpass love, and Russell the brave and caring cat is a brilliant example for this.

Meet Russel, a cat who survived a house fire 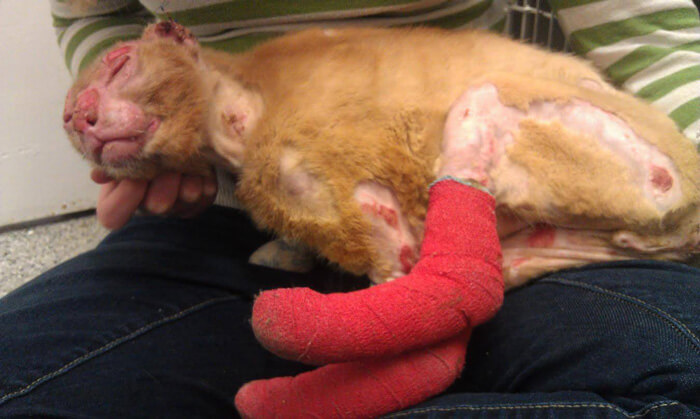 After being rescued in a house-fire, a little orange cat Russell was found with so many serious burns in his body, a damaged feet, and he had to spend more than years to recover at the Animal Emergency Hospital and Urgent Care Clinic in Raleigh, North Carolina. It was reported 3rd degree burns in resulting amputations.

Being a permanent resident in the animal hospital, Russel started to care for other patients 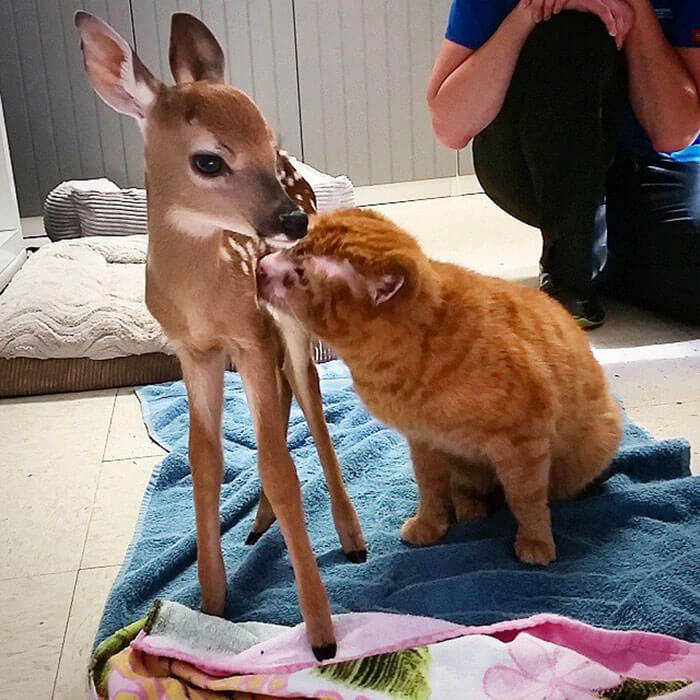 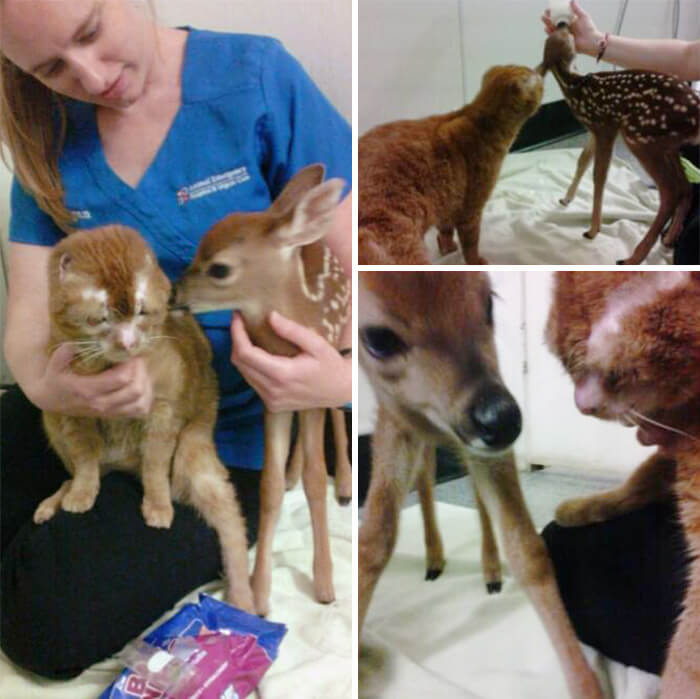 “He was pretty far gone, and we didn’t know if he would make it.” said the clinic staffer Alan Wilford.

“He has taken a long time, but he has made a miraculous recovery.”

The best part that nobody could imagine was regardless of not being completely healed yet, Russell was a volunteer who intentionally wanted to visit and care other injured animals that had the same distressful situations as his. Those caring and lovely people in the hospital were amazed by the orange kitty’s hard work because he kept going around the rooms and he wanted to stay for a bit to comfort his new friends.

“He’s incredibly engaging. He wants to meet all our patients. He just wants to be with them” 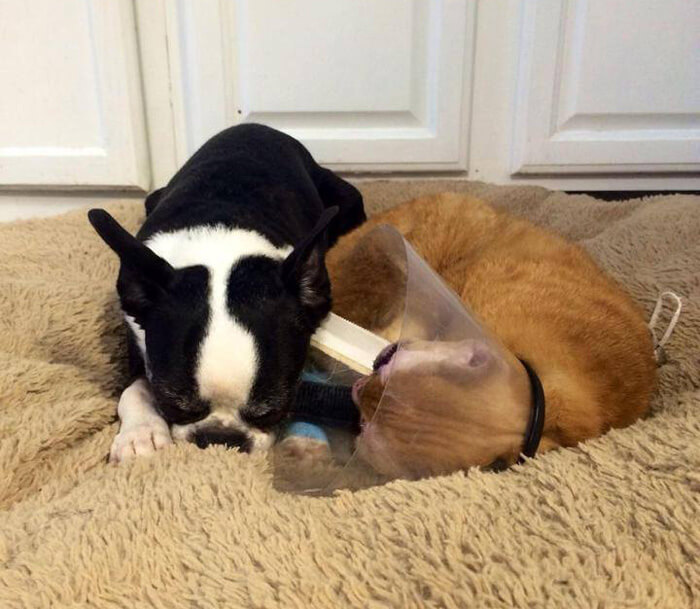 “I don’t know if he can sense that other animals are in pain or have stuff going on, but he does seem to have some weird knack for connecting with patients, even when you wouldn’t think they would” 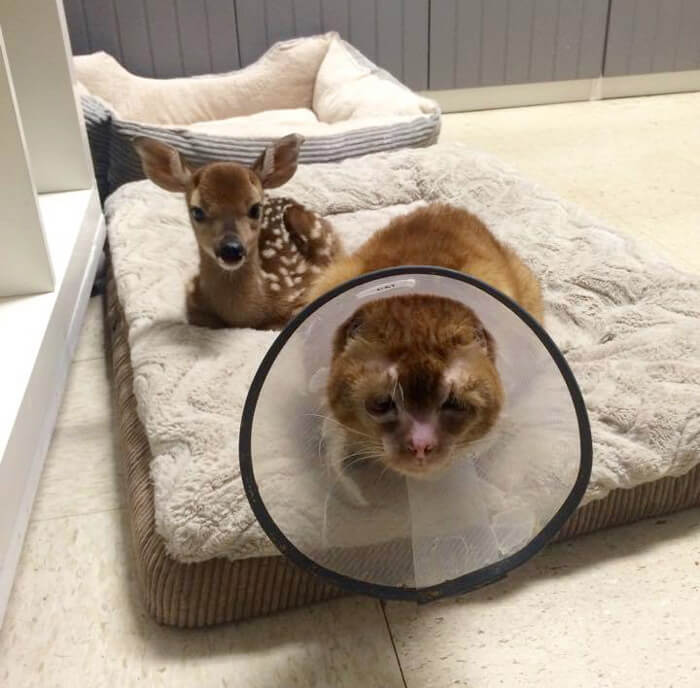 The staff said he wouldn’t stop going around until they insisted him on taking a rest. Russell was told to be an outgoing kitty unlike the fact that cats are detached and unfriendly. He didn’t give any judgement to his friends, he wasn’t not afraid of the doggo neither.

“I think he helps other animals feel at ease. We’re a clinic, so I’m sure he helps alleviate their stress” 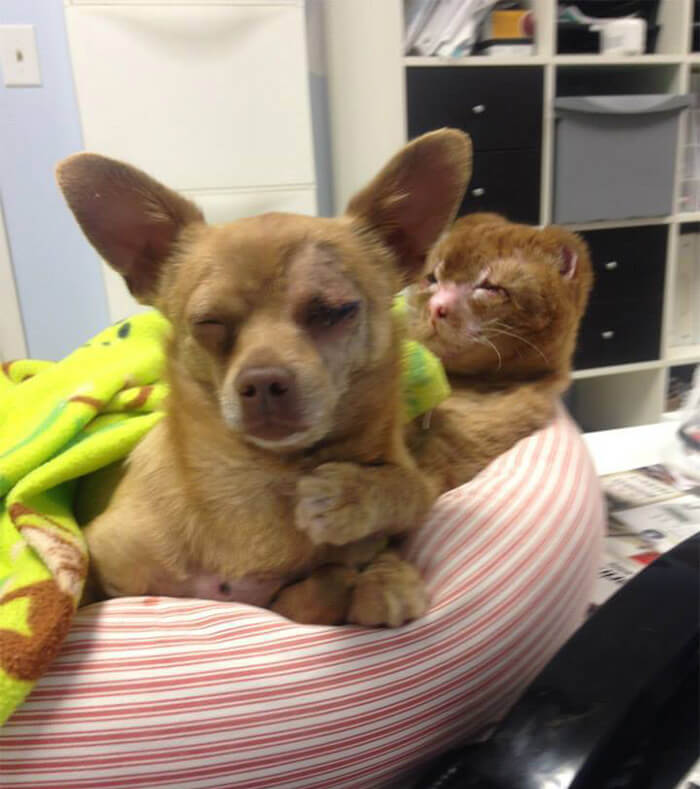 “Most cats are independent and aloof, but he likes to be with other animals. And it’s not all about him. He really enjoys giving companionship to others” 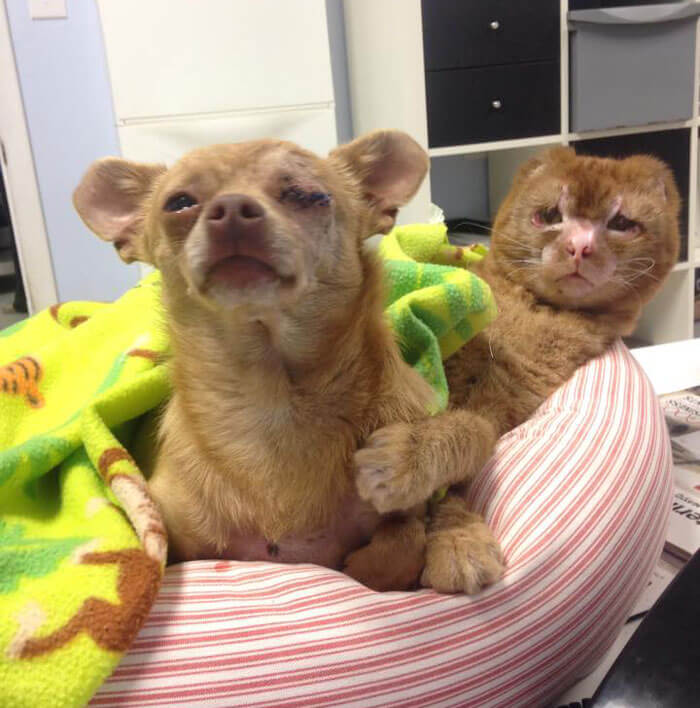 Russell the healer proved to the hospital that everyone needed love and care, especially when they are in the darker moments. Once Alan hoped: “He’s a rock star here. Everyone wants to see him, and he just eats it up. I don’t know if he’d like being a normal house cat again, so we’d be happy to keep him as our clinic mascot.”

Russel might never fully recover, but he has a good and meaningful life at the clinic 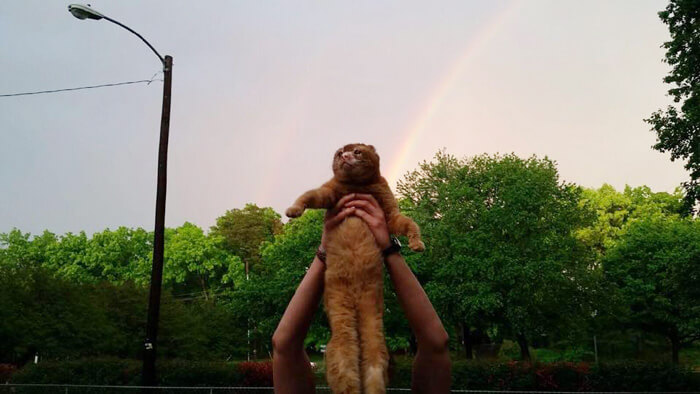 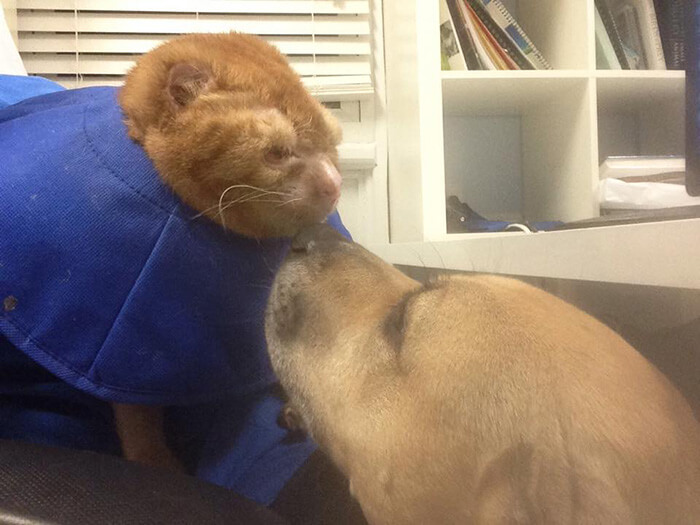 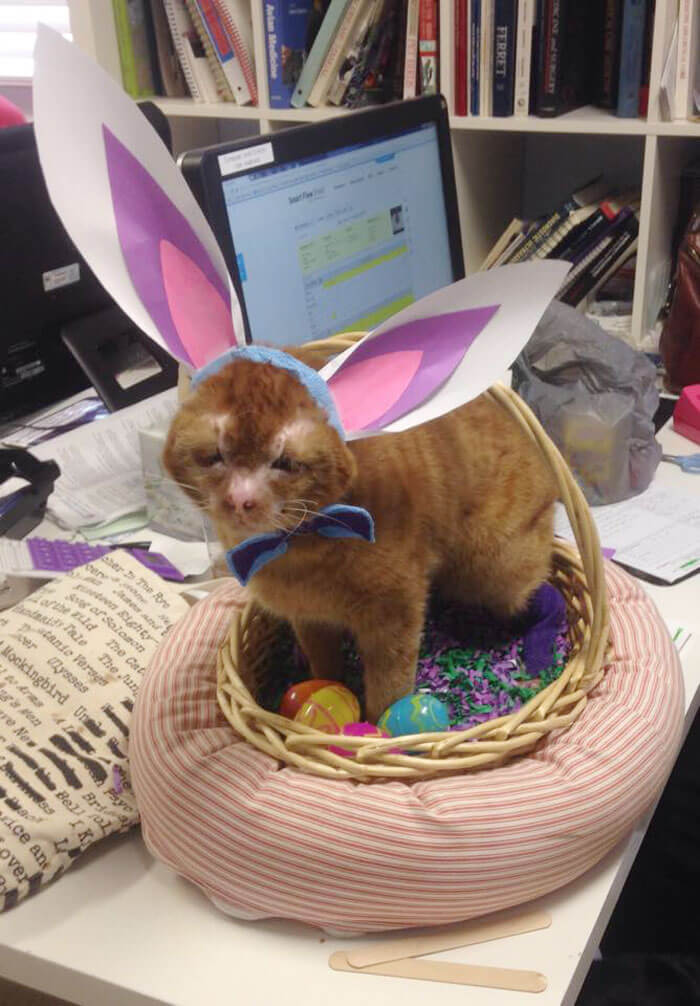 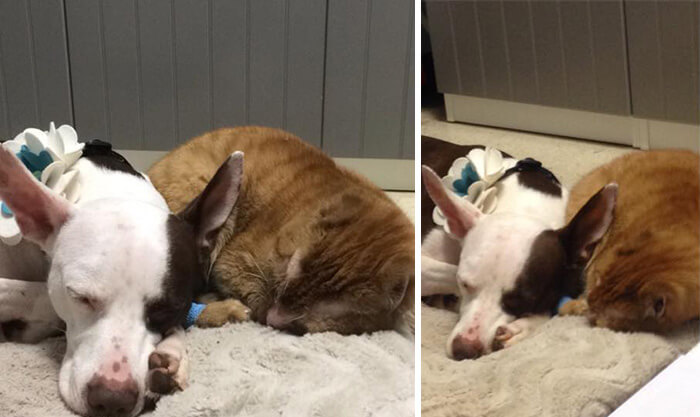 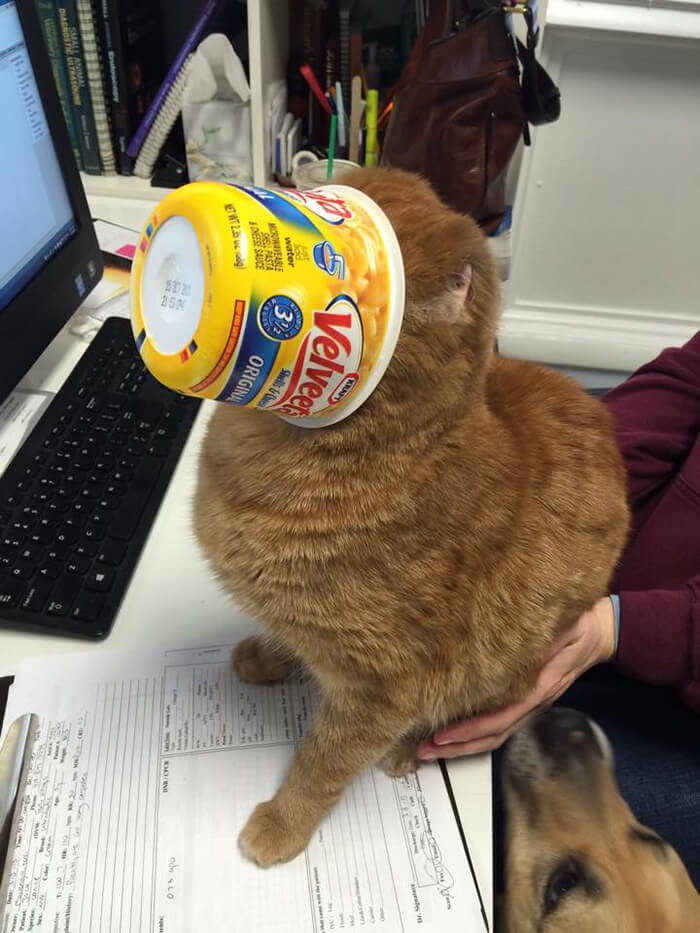