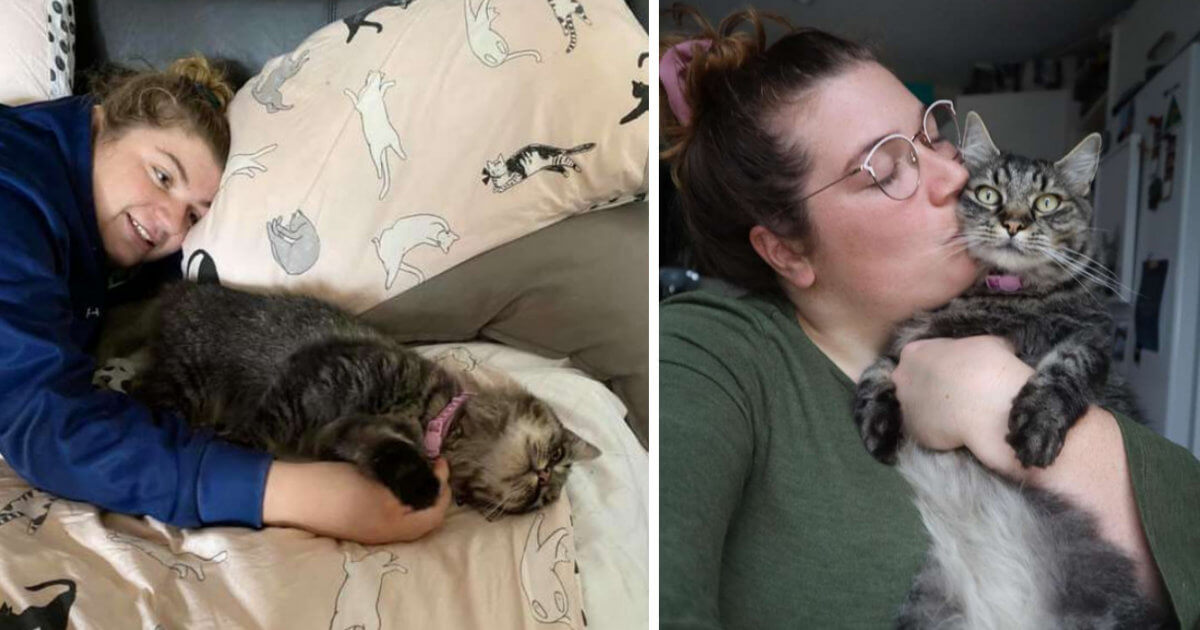 Tilly the cat was adopted by the Rivers family when she was a kitten, and she grew to be an important part of their lives over the next two years. Tilly was left with a pet sitter when the family went on vacation in 2014. Unfortunately, the cat was not there to meet them when they returned; she had gone.

The family tried everything they could to locate her, but it was all in vain.

Emily Rivers, one of Tilly’s relatives, said, “We would stand outside and call her name every day for about six months after we got home.”

“When we were going around our neighborhood, we would constantly keep our eyes out for anything suspicious. We contacted every animal shelter and pound in our region, but no one had discovered her. We looked for a few found cats along the route that looked like her but couldn’t find any. About two years in, we had pretty much given up hope of ever seeing our girl again.”

Years later, the heartbroken family had come to terms with the notion that Tilly would most likely never return home – until they received a call from their veterinarian. After six years, Tilly was discovered 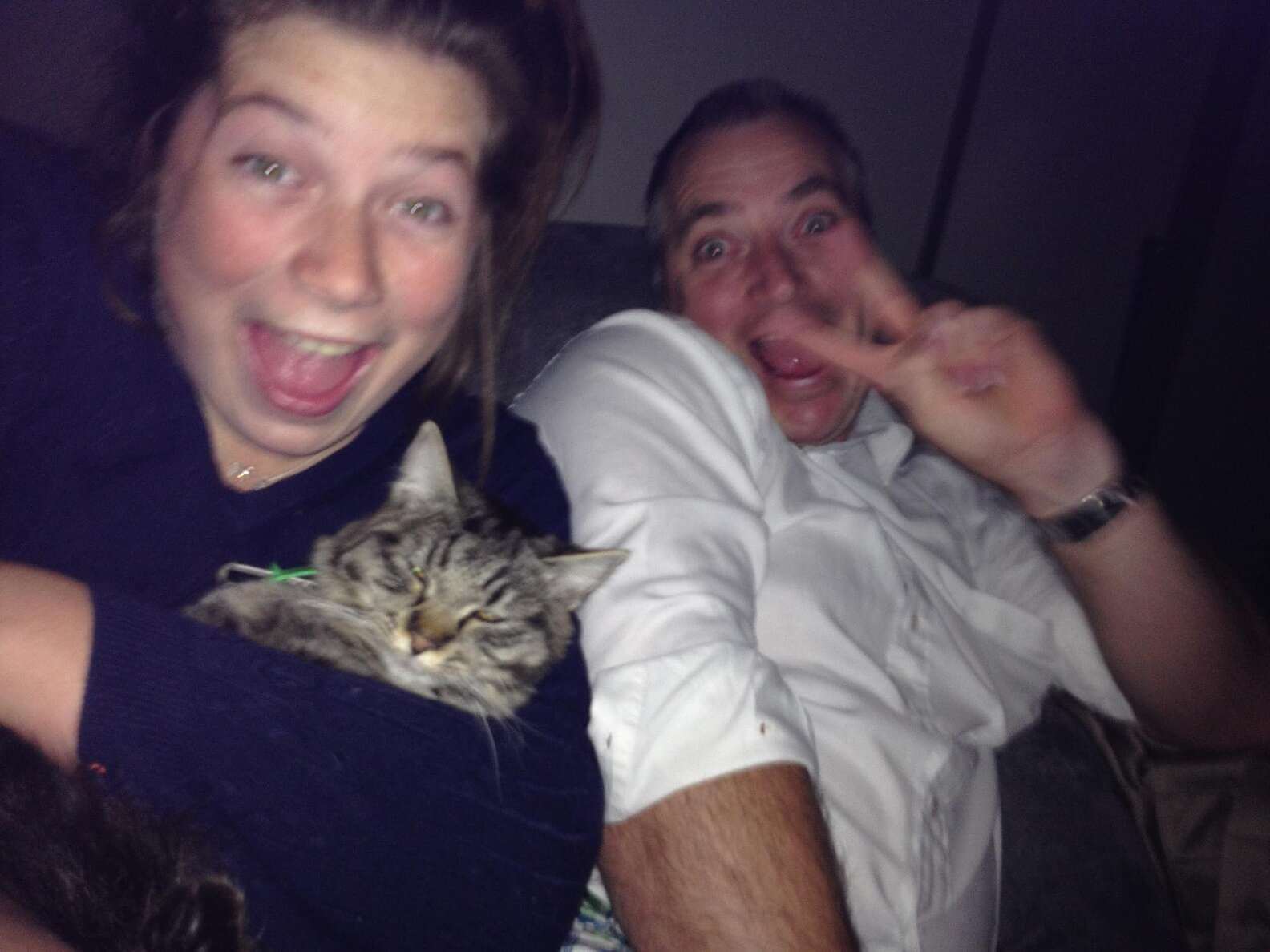 We can tell how difficult it must have been for them.

Rivers stated, “Our initial emotion was one of amazement; we never imagined this day would come” 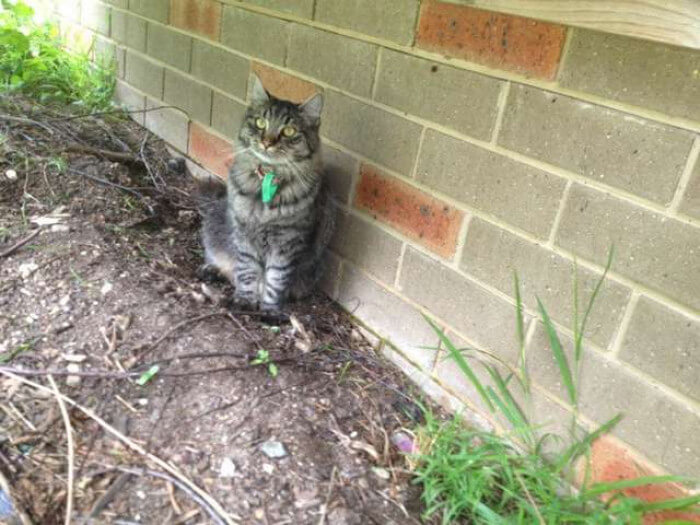 “We couldn’t believe it when we discovered she had been a local stray for almost six months just a few streets away from our house! I didn’t want to get my hopes up again until I saw her, therefore I didn’t believe it till I met her.”

Tilly had been visiting one family for several months, looking for food and affection 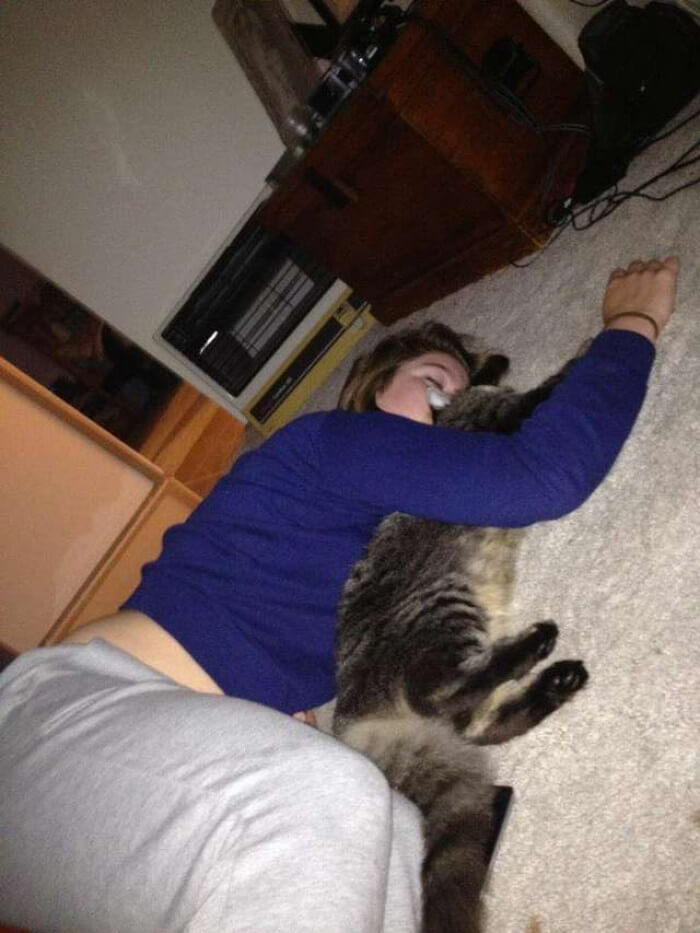 Fortunately, that family was responsible and took her to the clinic to be microchipped.

Rivers stated, “Tilly just snuggled into us as if to say, ‘I’m finally home.'” “I have no doubt she remembers us.”

Tilly settled quite quickly once she returned home, overjoyed to be reunited with her family 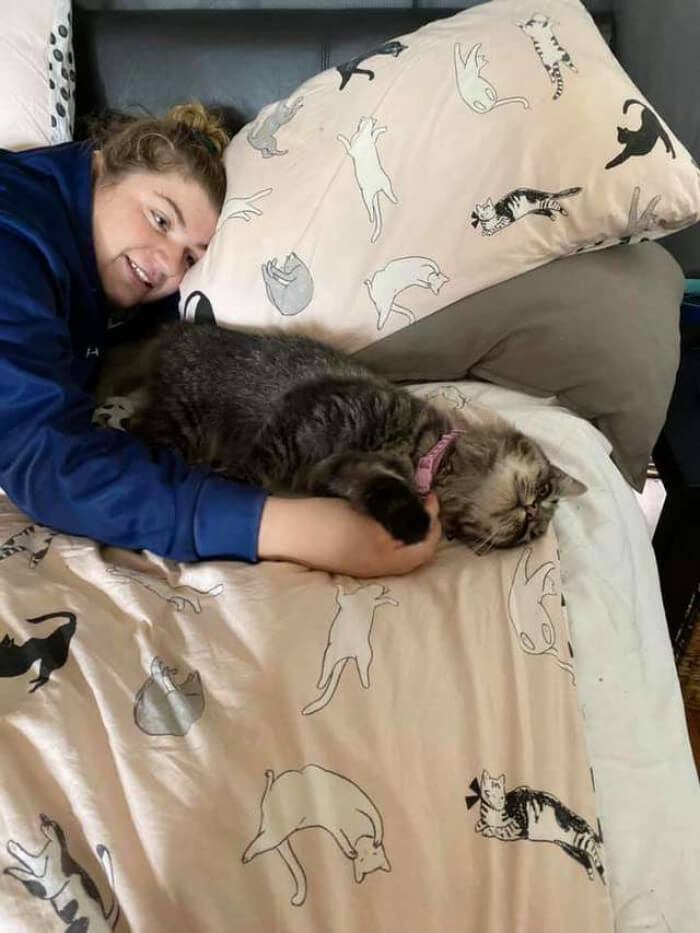 She now refuses to be without them and requires constant companionship.

Rivers says, “She hasn’t stopped eating and curls into my arms every night for cuddling” 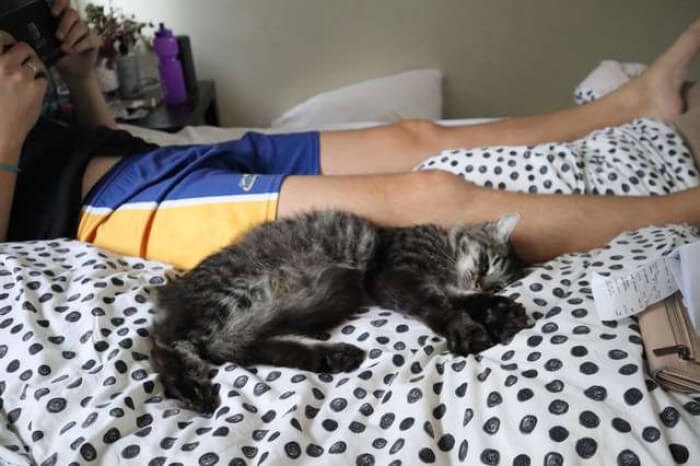 She follows us around at all times, never letting us out of her sight. We expected her to try to leave the house again, but she shows no desire to do so at this time.”

Even after six years apart, everything remains the same 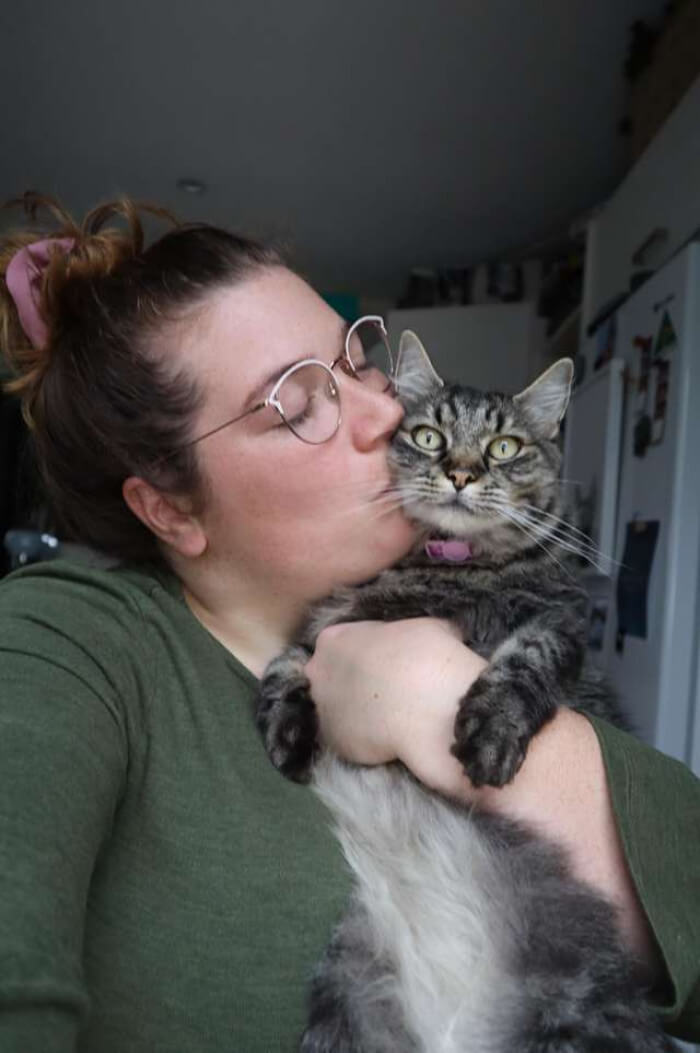 Tilly is still the same sweet cat she’s always been, and she and her family are overjoyed to have her back in their home.

Rivers added, “We’re simply so delighted to have our baby back.”