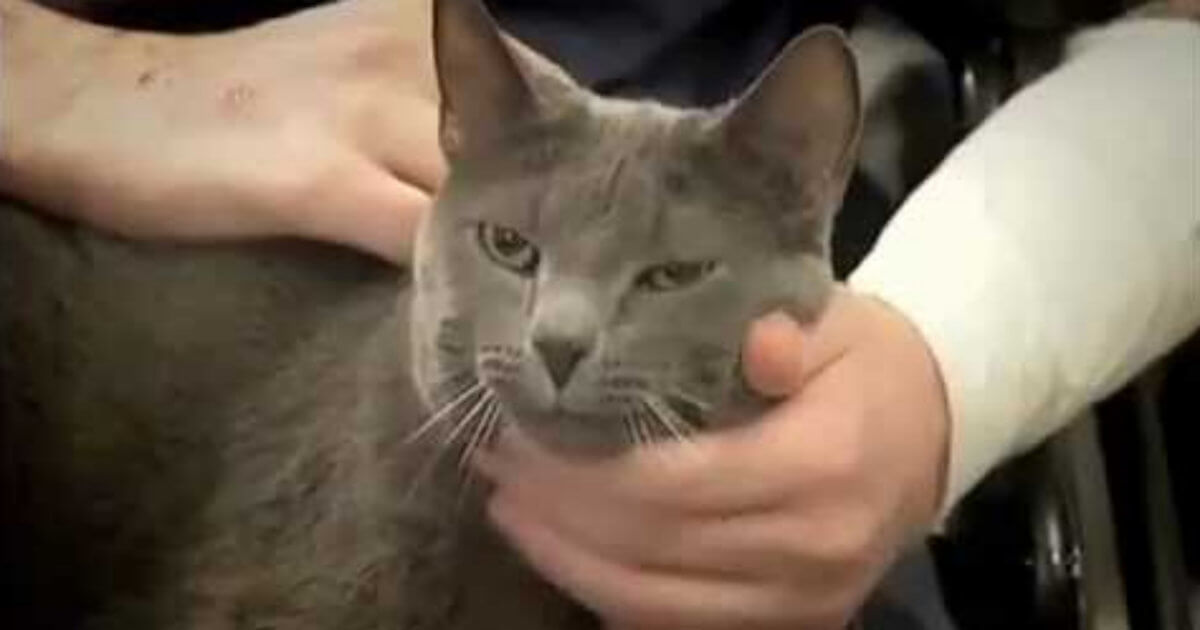 Pets are always adorable to be around, but sometimes they’re just our heroes in the nick of time. They said dogs are loyal, affectionate and active so that they can have some sudden alerts that we will clearly notice and guess what will happen like barking, jumping around us, etc. Cats are the creatures just don’t receive the same assessments. They are assumed to be cold, and too independent on their owners, thus always have bad cattitudes.

Well, some cats do be like that, but if we are patient with them, give them time to absorb our love, we’ll surely have their affection in return, even it comes to the time that we didn’t expect it. Cats can be affectionately caring and protective just like dogs.

We’ve come to see a video that proves it, but for now it also shows something positive to prove that our cats are bound to us in a very special way just like the puppies are as well.

“He’s not the smartest brick in the wall, but he’s a very cute, lovable, furry little.” – Damon Osbourne – the guy in this video gave his kitty Oz a loving comments. When Oz was a wee of a teeny tiny kitten, Damon brought him home.

It was not until Damon fell into diabetic coma with his spiked blood glucose when his girlfriend was asleep in the other room. At this time, Oz had an intuition that he should probably wake the girl up to check on the fallen Damon. The kitty used his all effort for biting and awakening his dad.

“I was woken up by the cat,” says Osbourne’s girlfriend. “He just would not leave me alone until I got up.”

When the girlfriend saw Damon being unresponsive and unconscious, she immediately called 911 because she thought he was dead. After staying in a local hospital for a week, Damon miraculously survived the incident and he gave all of the credit to his cat Oz.

“This cat has saved my life three times,” he says. “Without him, I wouldn’t be alive.”

Check out the video for more information and give love to this brave cat!