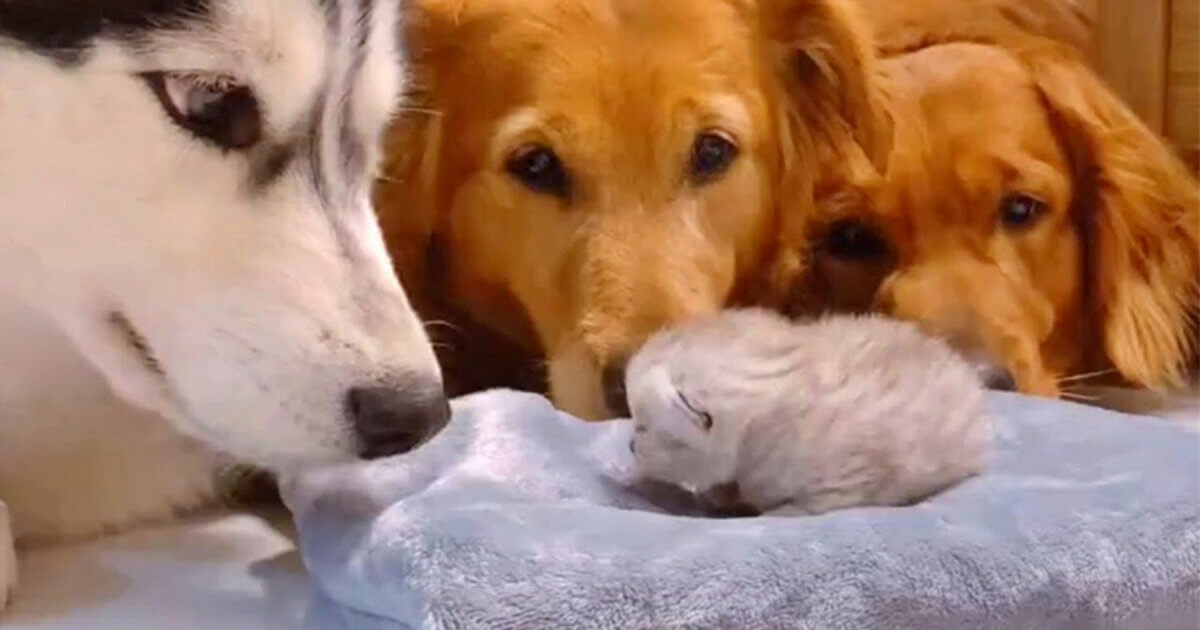 Cats and dogs have been told to be opposites, but they do not know that opposites attract. There have been still a lot of age-old battles on social media about which pet is better than another. But amid pet war, cat and dog owners seem to be unseen. Those who can acknowledge pets’ lives will understand that dogs are more likely to tolerate their feline friends. In reverse, cats never have competitive endeavors toward their pooch buddies.

There was a viral video in the last year which can prove the above statements. The video has caught people’s attention by the sweetest attitude of the dogs when their kitty sibling was into the labor. A Chinese pet owner documented the progress of a pregnant cat and the reactions of the dogs. Every single gentle look or sniff has melted more than 55 million viewers on Youtube. They were not hyperactive as usual, but the dogs were patiently waiting for the newborn kitten.

This video will absolutely brighten up your day with a big smile on your face!

In the video, there were two Golden Retrievers, one Husky, and one American Curl cat sitting outside like family members in the waiting room. The mom-to-be cat looked nervous but she quickly overcame it because she knew her human mom was there for the ultrasonic scan. Meanwhile, the nanny team was placid enough to hear the joyful announcement from their pet mom. Their eyes were full of hope and excitement.

After a while, a tiny teeny kitten was finally born. The mom cat was tired, so she was laying down to rest. The furry babysitters were taking care of the kitten in the mellowest manners. One of the Golden Retrievers supported the cat by wrapping the paw around her! The level of cuteness of this video is invaluable! Hopefully, the dogs and cats battle will end soon. Treating each other with love matters!