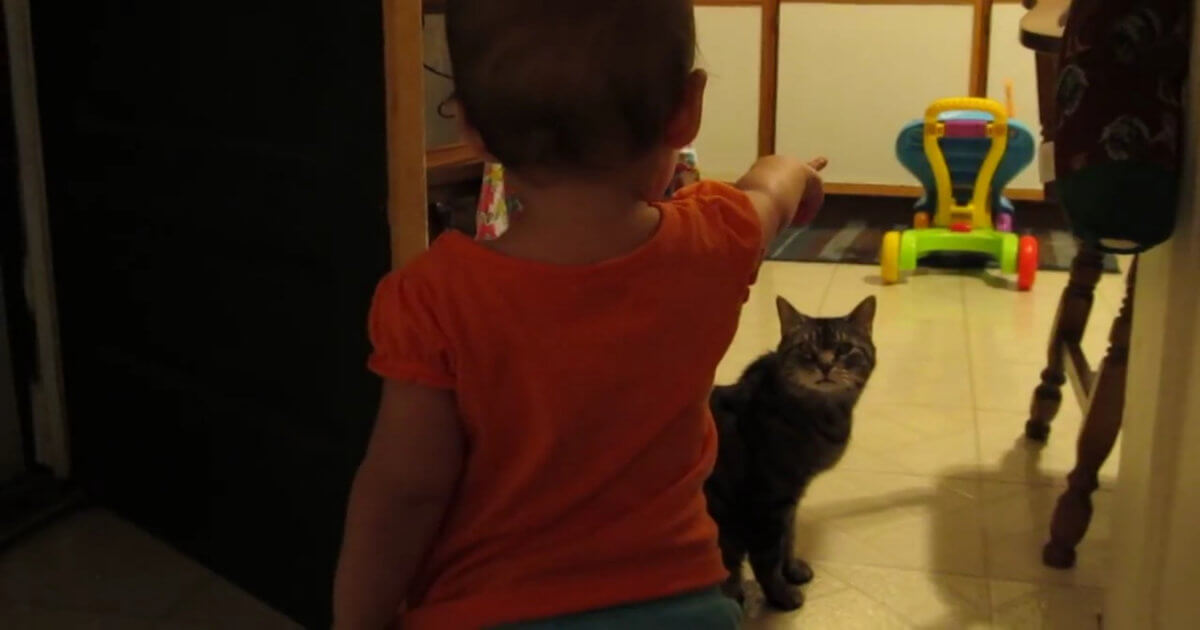 A YouTube user known only as ‘Lenny’ noticed a particular bond between his young daughter and the family tabby. As he went on to describe in the YouTube video’s caption, his daughter and the tabby have a charming morning routine in which they converse with one another.

The baby is still too young to speak in full sentences, so she babbles small noises at the tabby, who appears to be listening intently and replying with delicate little murmurs and meows.

The two continue in this manner for several minutes while Dad records the entire scene on film.

“I have no idea what they talk about, but it is always amusing,” Lenny said in the video’s description. “I hope you have as much fun as I do.”

Isn’t this just the cutest thing you’ve ever seen?