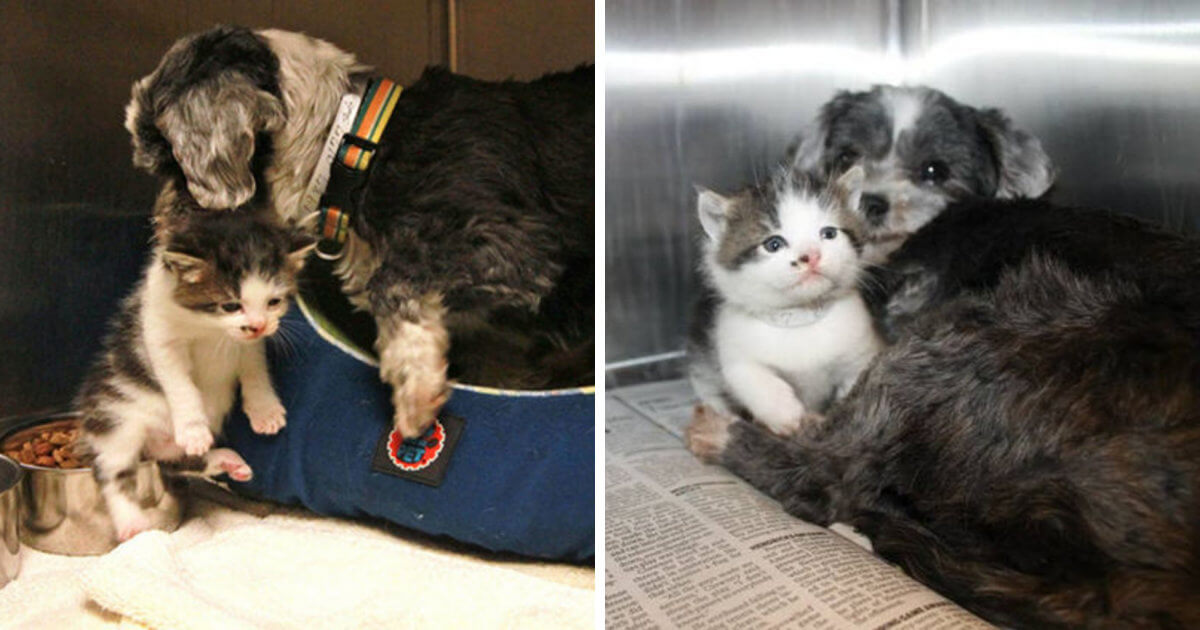 A mother’s love is like no other, especially when it comes to the animal kingdom. We have heard a lot of stories about a cat rescued from fire now nurses other animals in a pet hospital, or a rescued pit bull convinces her to adopt their foster kitten, or a mommy chicken takes care of three orphaned kittens. This time, a stray dog who is barking for days to ask for help, turns out, she is also nursing another baby kitten. Isn’t it incredibly amazing? Let’s find out this extremely heartwarming story below! 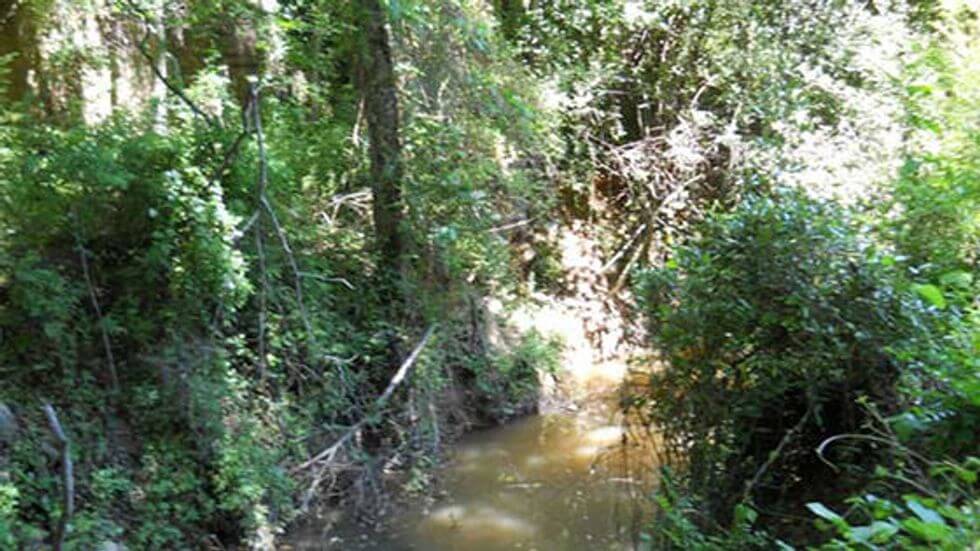 According to Fox Carolina News, Anderson’s Animal Control received a call that she heard a dog barking at North Pointe Creek. An animal control officer Michele Smith was sent to figure out the uncanny situation behind the Home Depot. 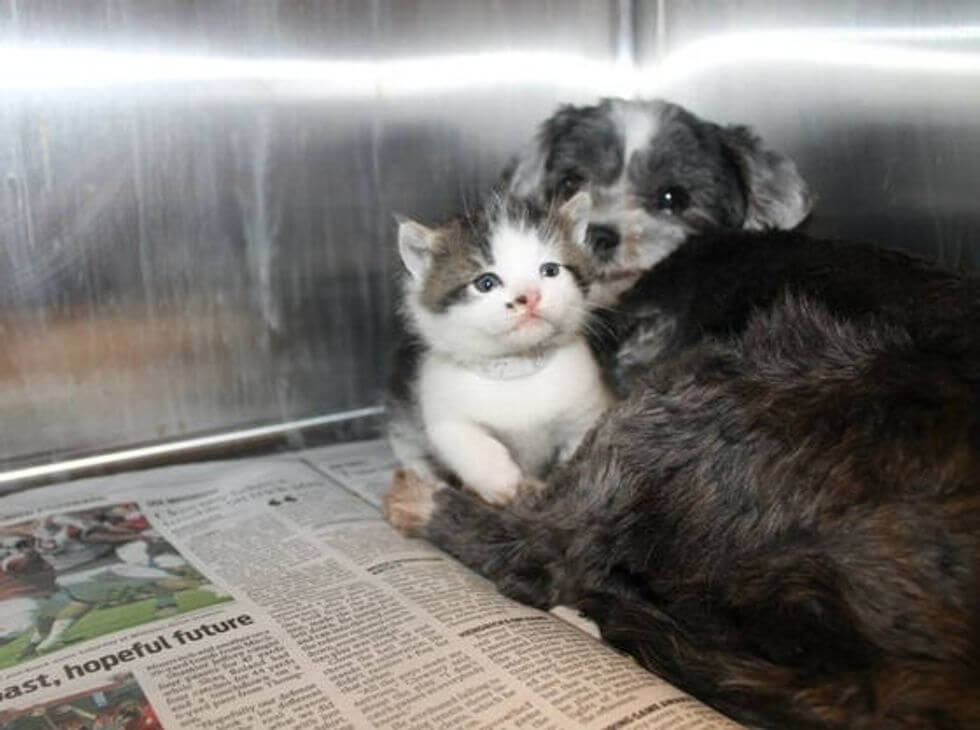 When she briefly arrived at the opposite side of a ravine, what she saw was a Shi-Tzu dog stuck in the predicament. She came down to rescue this poor little pooch. Surprisingly, by the time she climbed down the embankment, she witnessed the dog was nursing a kitty cat! She said in 17 years working as an animal rescuer, she had never seen a dog nurse a kitten. 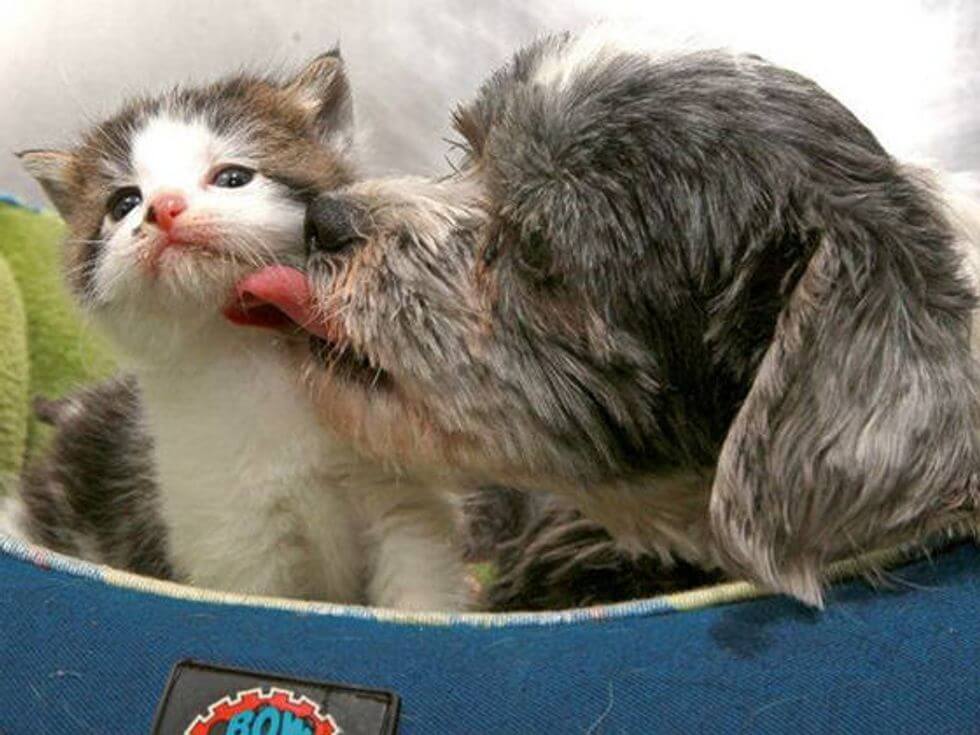 “I think it would have been okay for the dog to walk down the hill. I got down there so it should be pretty easy for a dog but I’m thinking that it just couldn’t get back up with the kitten and I don’t think it [the dog] was willing to leave the kitten.” – The officer said. 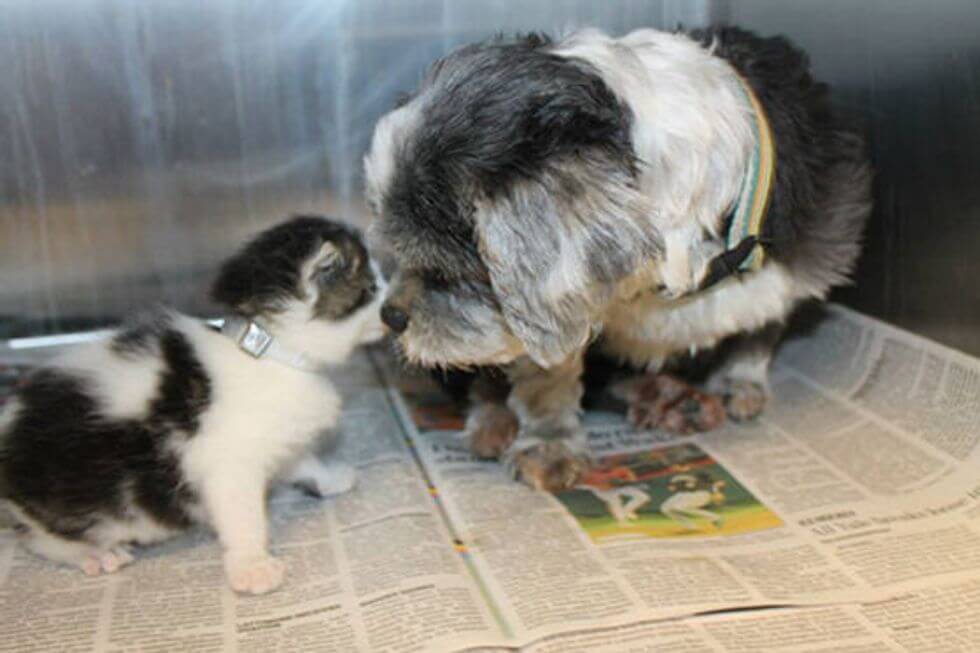 “I was completely shocked but at the same time, you know, it was a really happy moment.” – She continued. 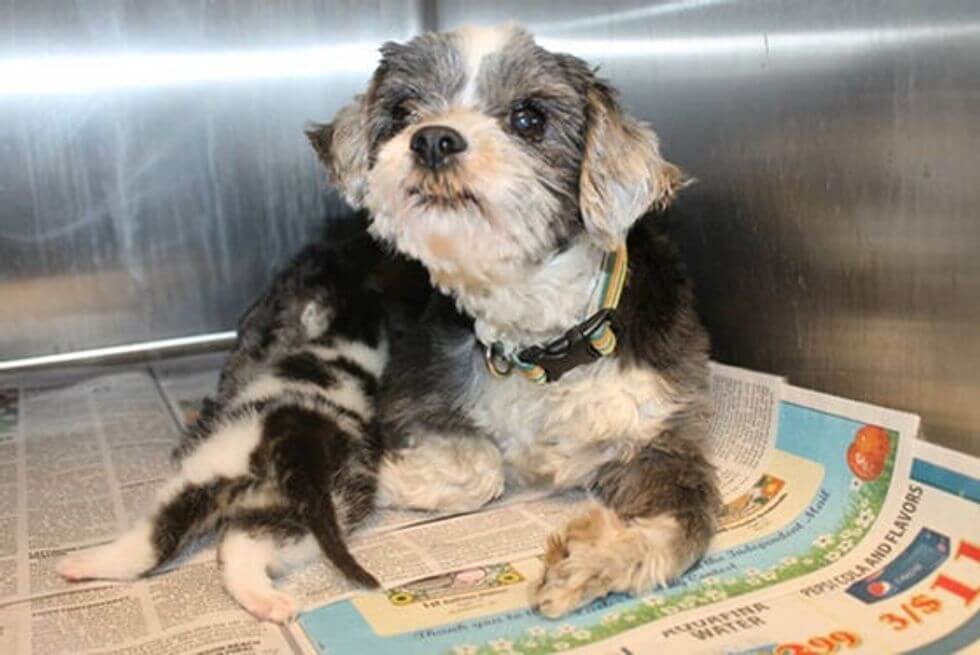 As you can see, the ravine was not safe for both of them to stay in. It was said that the dog had been barking for days, hoping some samaritan would follow her SOS and save them. 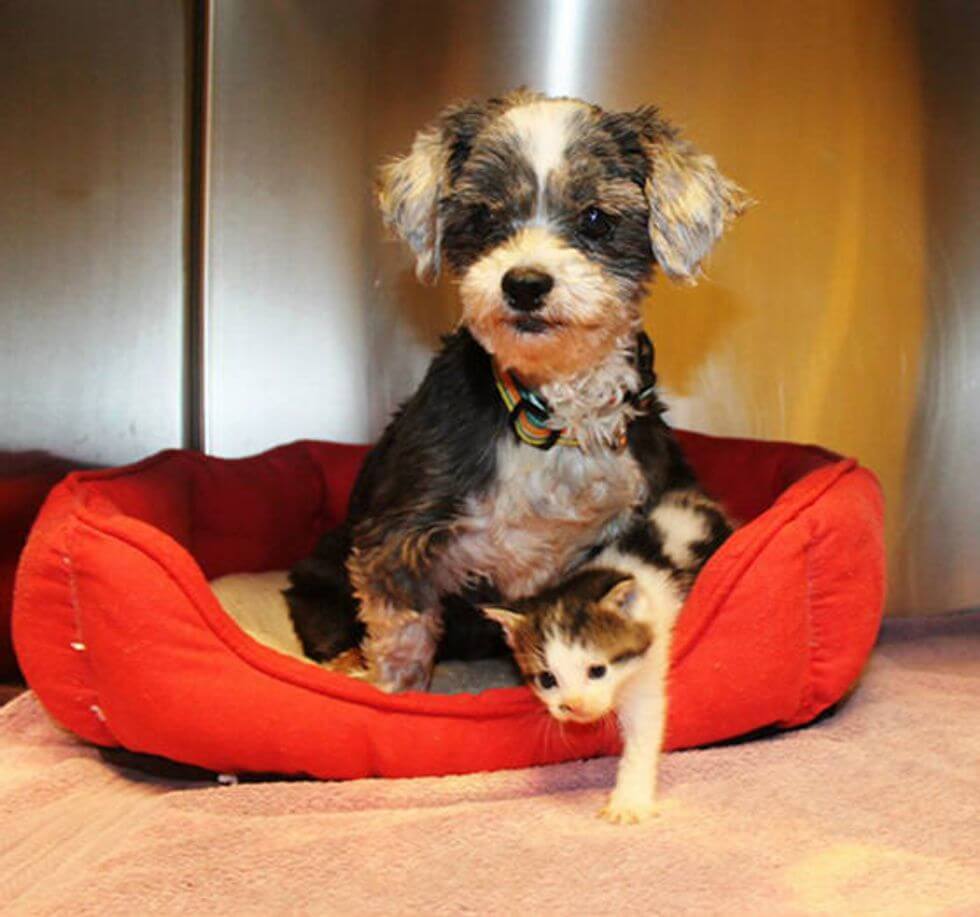 Officer Smith quickly rescued the duo and took them to Anderson County P.A.W.S. Workers. All the staff was amazed at how bonded they were. The Shi-Tzu dog didn’t leave her surrogate kid at any moment. When they were brought to a safer place, the pooch kept grooming, nursing, and licking her chatty kitty. 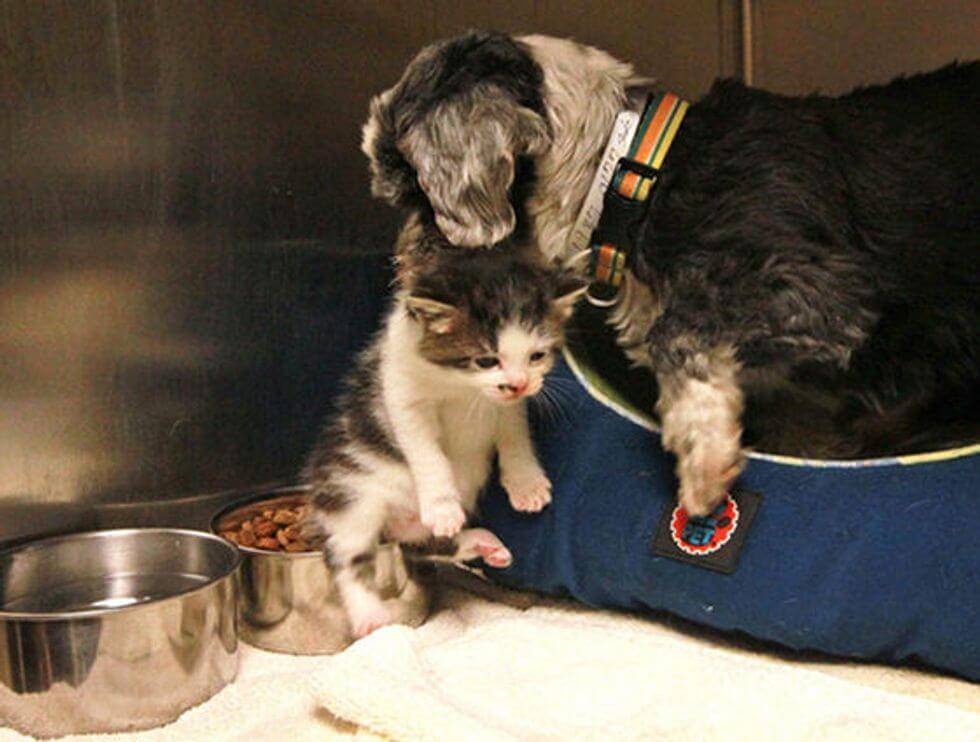 After a while, according to Fox Carolina’s update, they finally found a forever home! The owner scooped the inseparable animals and welcomed them into a loving family. The kitten was named Kate, and Goldie was the name of the dog. May they be filled with food, love, toys, and quality time from their humans! 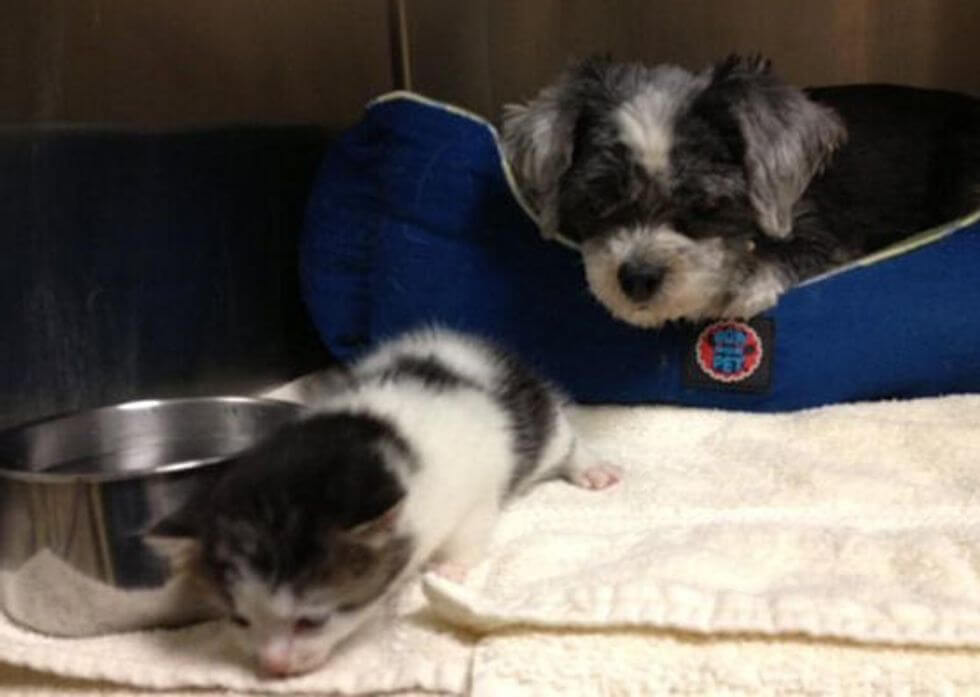