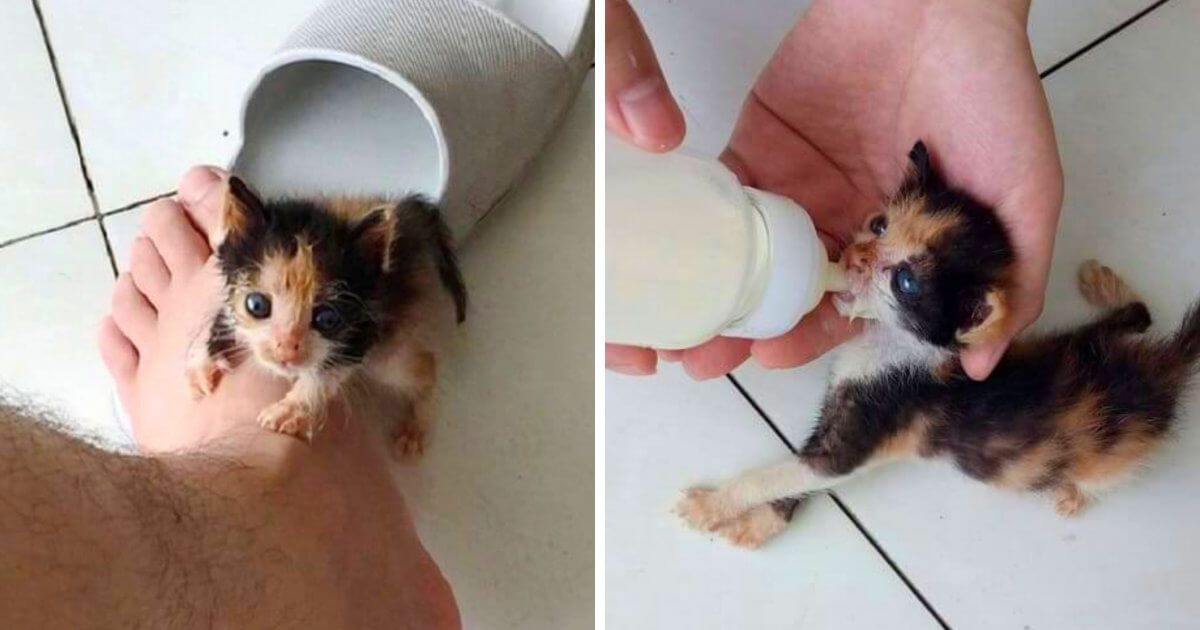 Animals may be abandoned by their mothers for a variety of reasons. Whatever the reason, it’s terrible because the infant animals are too weak to fend for themselves and will become prey for predators. As a result, it’s distressing to see a tiny kitten being rejected by her mother and not being safeguarded. Sansa, a sickly tiny calico kitten who was found purring for her mother’s love, is a distressing case. Unfortunately, her mother seemed uninterested in her and was more bother taking care of her larger kittens.

Sansa was skin and bones as a result of not being fed, but thankfully, a kind-hearted man named Alan came to her rescue and decided to become her new father. He couldn’t believe how thin Sansa was when he first met her. Sansa and Alan immediately clicked and the rest is history. Sansa is now a beautiful calico and a mother who loves her kitties very much. Scroll down and see her growing journey full of love and care!

Sansa was rejected by her mother, she was malnourished and lonely when Alan found her

The tiny feline was almost only half his feet, could barely walk, and just wanted to be loved

After a few days in her new home, Sansa warmed up to Alan and cuddled up to him frequently. He saw how much she needed her mother’s love and attention, so he never left her feeling alone. He gave her plenty of food, attention, and, of course, hugs and snuggles. The lovely kitten developed her size and personality in just a few weeks. Sansa is growing in size and strength thanks to Alan’s devotion.

Sansa received lots of love and care every day

Look how gorgeous Sansa is now, she is also a loving mother to her kittens!

Props to Alan for taking in and nurturing Sansa to such a beautiful feline, sending you two lots of love!