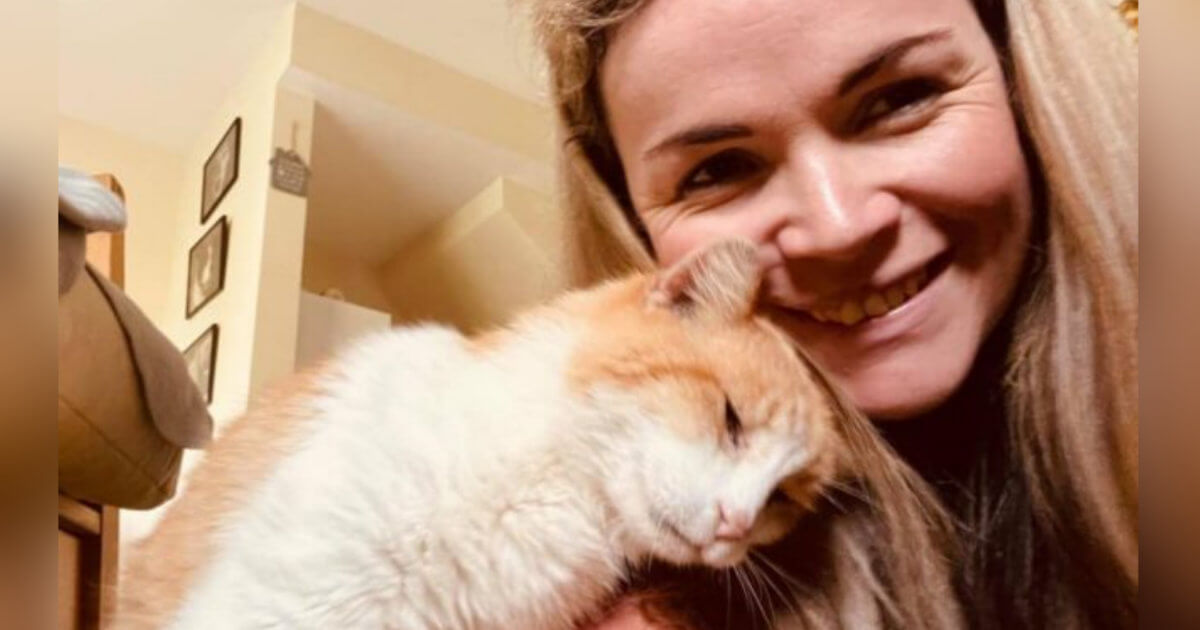 We all know the fact that cats are explorers by heart. They can’t help themselves staying still at one place except when they are sleeping. They love wandering around the neighbors until dinner time. Some people understand their kitties quite well, so they let them go wherever they want. However, a lot of cats have been missing because of the owner’s subjectiveness. Putting a microchip on a cat is also an effective method to let the owner knows where they are venturing. But back in the last 12 years, there was no microchip to be produced and widely used at all. Many cat owners were sicked worried about their kitty’s absence. Shelley Brockbank was one of them.

In 2009, a British woman lost her loveable Alfie when he was four years old. Shelley added her long-lost feline liked to climb in the car open windows in Jersey. Normally, people who are driving alone don’t check what is in the backseat. In Alfie’s case, he might have been gone missing because of that reason. As usual, Shelley let her adventurous orange and white cat go wherever he wanted, for she knew that Alfie would come back in a day. She started to seek for the cat whether he could have been somewhere around the local, but to no avail.

Shelley had been living with heartbreak and the reminiscence about a car-loving cat for 12 years. She assumed her furry companion was gone forever. She thought she would never see her cat again because of his last mysterious ‘adventure’. Shelley traded her effort to “put posters through letterboxes and contacted the animal shelter” for all those years, she decided to move forward and left the wounded scar behind.

Miraculously, JSPCA Animals’ Shelter’s Facebook page posted some pictures about an orange and white senior cat who had just come to the shelter. According to Shelley, she was in an awe of the cat’s appearance because of “the exact image of Alfie”. The cat was listed as a stray. Shelley’s hunch urged her to come to the JSPCA shelter undoubtedly.

“To my surprise, there he was on the JSPCA’s Facebook page. He had been picked up as a stray. There was no mistaking, that was Alfie.” – She said.

Her confirmation was steadfast as if this was fate. Alfie finally rehomed with her devoted human mom after 12 years. The staff in the shelter said that Alfie had been in 2 homes during the time he went missing. When Shelley came in, Alfie looked thin and aged, but his stature and markings were still Alfie-ish. Shelley was overwhelmingly happy to see the cat in flesh and bone. Alfie still remembered the owner’s scent, when he came home from the JSPCA shelter, he started to show his old habit.

“He came out of his carrier and started rubbing up against my legs, my back – as close as he possibly could.” – Shelley shared.

Maybe the person who was more surprised than Shelley was her daughter Amelia. Shelley had a small family during Alfie’s disappearance, Amelia was born. The fact that Shelley never told Amelia about the missing cat. Shelley didn’t expect Alfie would come back home. Regardless of it, Alfie and Amelia got along with each other on day one as if they were best friends.

“He’s a new friend in my daughter who loves him so much already despite never meeting him.” – The woman said.

Generally speaking, Alfie is 16 years old now, such an age for a senior cat who deserves to enjoy snuggling up to Shelley’s arms. After more than two weeks later, Shelley contacted the JSPCA shelter to update Alfie’s life.

“He’s put on some weight and you can no longer feel a boney spine! Because of his age, he can’t scale the fence in the garden so is enjoying free time in the sun with delicious food on tap!” – Shelley said.

Alfie, you have been a brave cat for 12 years, now it’s time for you to have a peaceful and restful retirement. Hopefully, Shelle’s family will give him the best things for the rest of his life.

“Whatever time he has left, I am glad that we get to spend it with him.”