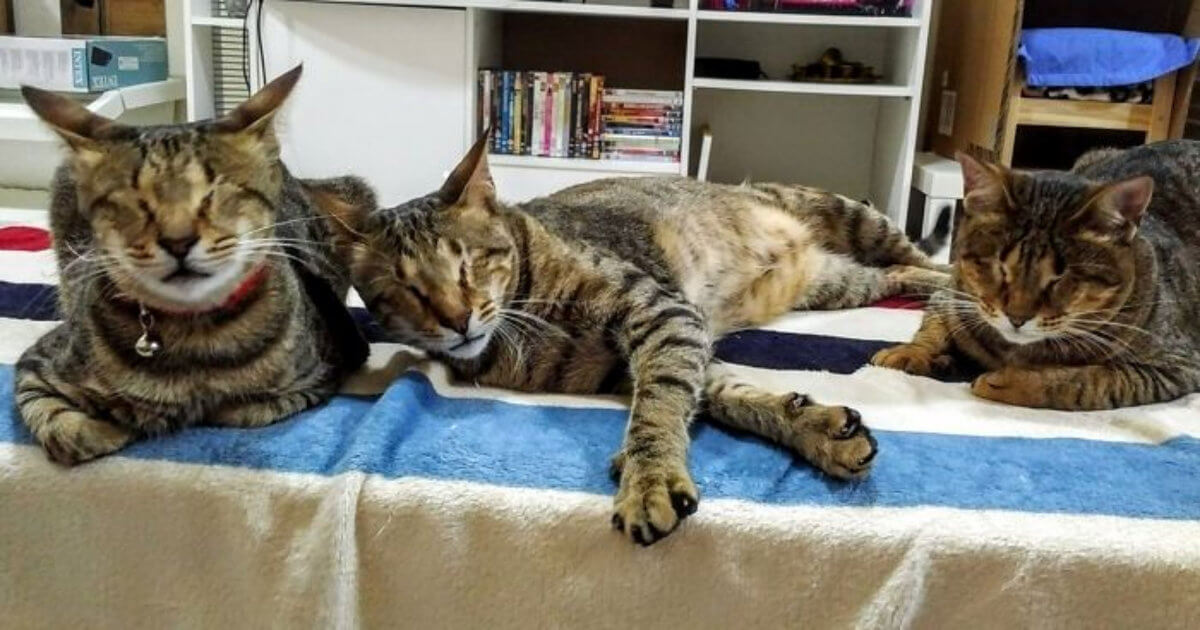 In the cold winter before Christmas of 2014, a gang of three blind kittens was found in Dubai’s warehouse. Catherine Magno rescued three babies and it was reported that they lost their sight because of the cat flu and the heartless behavior of the former owner. Luckily, Catherine the savior made the right decision and three blind cats are living their fullest ever after.

A clowder of kittens with the names in order: Blue (big brother of the trio), Meadow, and Little Willow. It was said brother Blue was nearly adopted by another owner but he kept crying because he couldn’t live without his poor little sisters. Blue was given back to Meadow and Little Willow and they were reunited in a foster.

“I had zero experience having adopted my first ever rescue kitten just a couple of months prior.” – Catherine stated that was her very first experience rescuing those three beautiful kittens on the fateful night of 19 February 2015.

“But their story touched my heart so much that I couldn’t bear the thought of them put in a cage at vet facility indefinitely or even worse.”

We all understand that the scenario of being put to sleep for animals is such a heartbreaking moment and no one wants to see those poor cats be like that. Knowing it’s gonna be distressful for the cat trio, Catherine was willing to save them. She was kind of baffled about how to take good care of the cats, and it was even more difficult for her to raise them because they lost their three beautiful pairs of eyes.

“My perception was that it’s going to not only be challenging but will also require a lot of adjustments on my part.”

“The only adjustment early on was keeping everything where it was but they are remarkably adaptive.” And as she wonderfully put it: “Blind pets see through their hearts.”

Being lack of seeing a wonderful world doesn’t mean their hearts are not precious, on the other hand, three cats were lovable and smart. “They each have their own personalities. But equally affectionate and wanting constantly to be by your side.” – Catherine shared.

“Big brother Blue was fostered by their previous guardian’s neighbor but the kitten cried all night looking for his sisters, so he was given back”

“I was scared because the articles I read about caring for blind pets was overwhelming. My perception was that it’s going to… be challenging”

“Except for blind pets lacking vision, they are no different than other cats”

“They each have their own personalities. But equally affectionate and wanting constantly to be by your side”

“With proper introduction, they get along with other cats just as well as sighted cats” 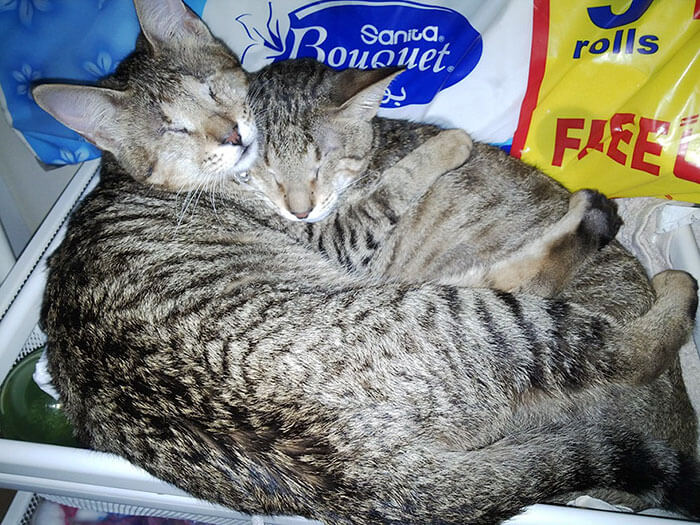