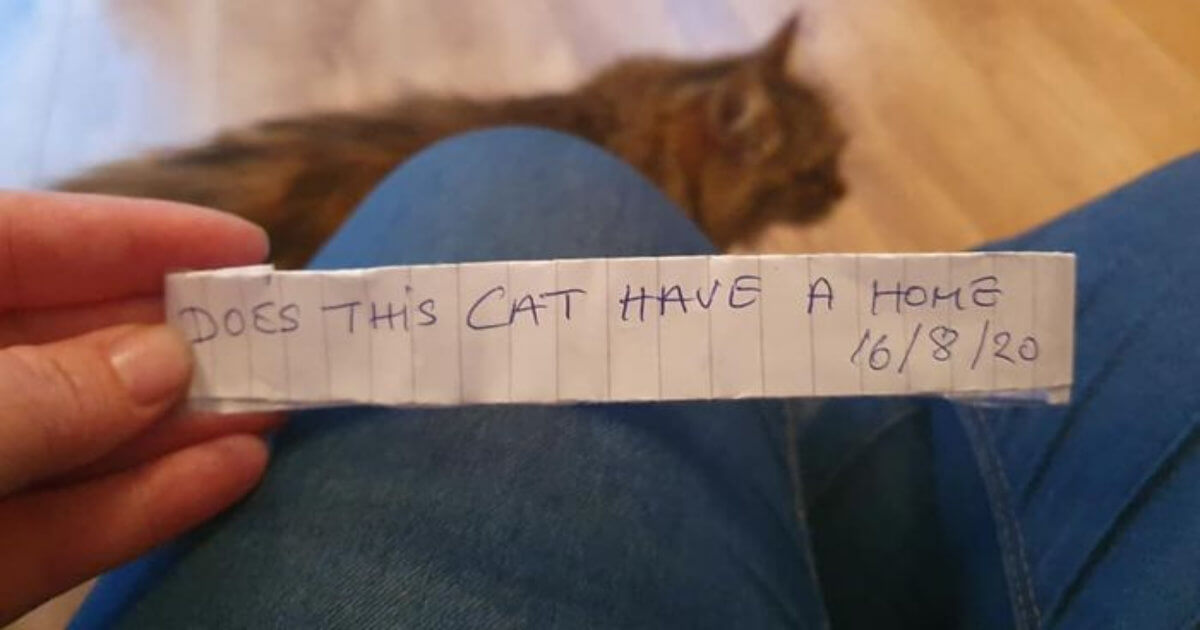 Cats are known as meat lovers, they are the carnivores who consume high protein such as beef, pork, salmon, and so on. This long-haired Siberian cat has taken advantage of being free to go anywhere she wants. Cole Clark the cat owner from the UK never forces the kitty to go against her natural instinct. One day, she noticed on the neck of her cat Tula attached a piece of paper that said: “Does this cat have a home. Always at Toby Carvery.” Clark knew that her cat daughter was not an ordinary girl.

This Siberian cat has been living a double life

The note was both hilarious and confusing for Tula’s owner. She revealed that this was not the first time her cat sneaked out to find extra snacks from others. She has a lot of time to explore and to follow where the meat is at, Toby Carvery is her fave for sure.

“Tula has a history of following her nose and used to frequent an old people’s home where the old folks would feed her meat paste sandwiches!” – Clark shared.

The truth came out when one day, her owner found a paper collar attached with a note

Speaking about the Toby Carvery restaurant in Abbey Meads, Swindon, Clark found out her kitty was the restaurant’s freeloader. The reaction of Clark was predictable.

“When I found out Tula was frequenting the Carvery, I was hugely amused and not overly surprised. She will go wherever her quest for meat takes her.” – Said Clark.

The note was from Toby Carvery

Clark decided to head over to the Carvery to clarify that Tula was not a stray cat compared to what the staff might have thought. “The staff were thrilled that she wasn’t a stray and told me that they had tried to pick her up by bribing her with prawns, but she ate the prawns, then ran off! Tula is normally at the carvery for lunchtime and often dinner time. She even pops back for supper sometimes.”

Looks like this girl knows what she is doing! Besides her bravery, Tula is actually a loving cat who has personality as well.

“She is ultimately a total queen of a cat. She has a definite sense of cat entitlement and turns her nose up at anything less than meat! She is beautiful but aloof… Unless you have food! Her cat brothers haven’t yet spotted her scam and haven’t followed her to Toby yet, but she did bring them home a sausage the other evening.” – Said the owner.