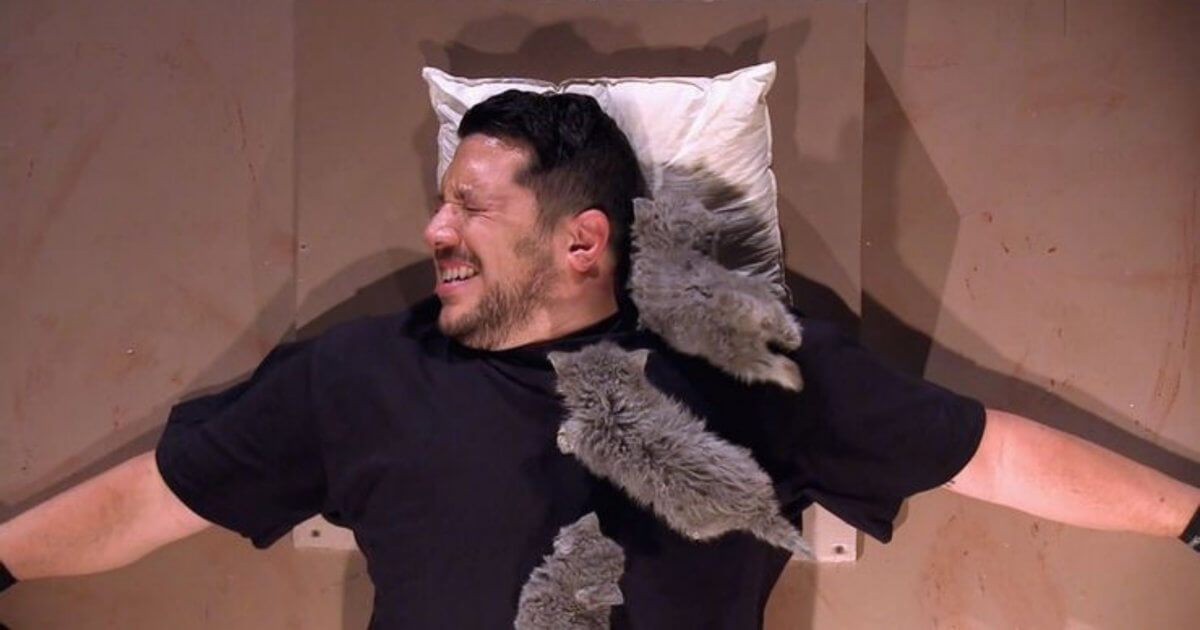 People usually say we attract what we fear, this middle-aged man is today’s living proof. Some people are afraid of heights, some might think the narrow space would be the worst of life, but this guy is giving up on… kitties. He is desperately afraid of cats, so in this challenge, he had to win himself out of the fear. As seen in the video, he was tied down and other people opened up the cat cages in three rounds. Round one, he had to deal with kittens, round two with some grown-up cats, and I’ll let you figure out what it would be in the third round!

This clip is sure to make you laugh!

NOTE: No animals were harmed in the making of this video