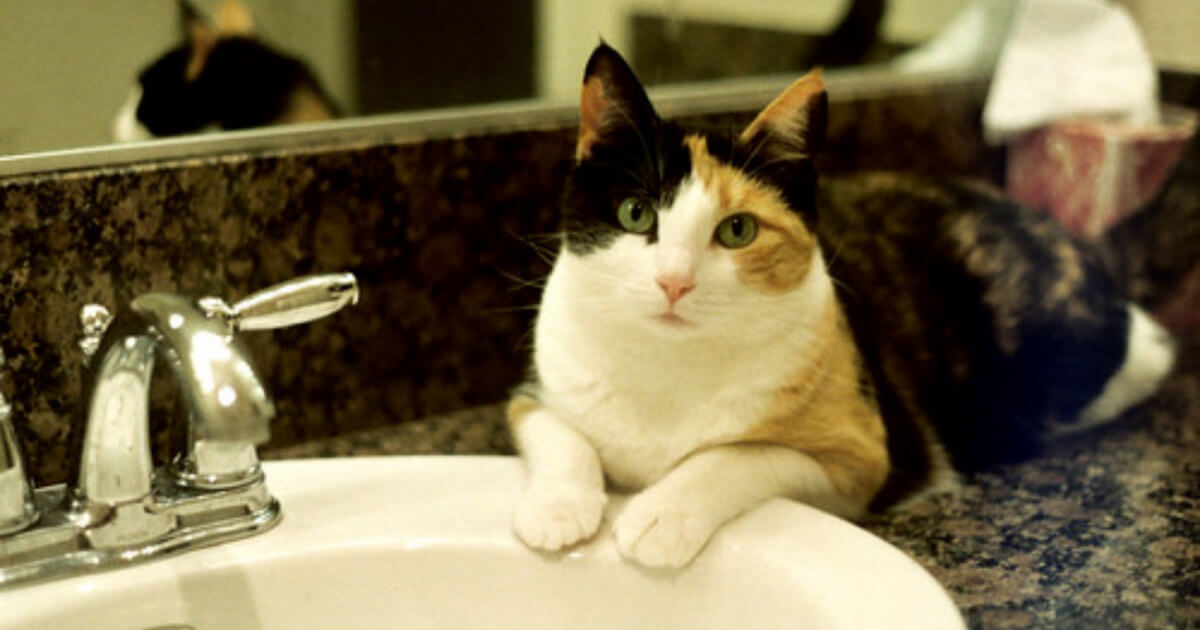 It is so relatable that all cat owners have to trade their privacy to…a cat. It is worth trading until you find the word “privacy” means “the bathroom is included”. How in the world does this uncanny creature love to watch us chilling on the toilet? Are they a freak? Did we fill the food bowl this morning? So many questions going inside your head will be revealed right now!

Firstly, the scent is vital for cats. Since they are both predator and prey, sniffing and smelling are the tools to help them hide from other predators as well as catch other prey. The owner’s scent relieves them from the insecurities. Cat researcher Mikel Delgado, a postdoctoral fellow at the School of Veterinary Medicine at UC Davis pinpointed her perspectives of this common situation:

“Their litter box might be in there, so it could be a room that smells very familiar. Cats also probably know that when we are on the toilet, we are a captive audience — nowadays we are so busy and distracted that many cats are probably looking for an opportunity to have our undivided attention!” – She continued.

Most cats crave your attention, and they do not want to slip any available portion of love out of their paw. They do know that only the bathroom is where their humans feel unbothered. No matter how many times we try to close the door, you will have to let them in because they have been growling constantly and persistently. Wildlife biologist Imogene Cancellare is no stranger to this behavior of the cat.

“Lap sitting is really popular in the loo — I assume this is characteristic opportunist behavior to find the warmest spot in the house and exploit the attention of their human servants. I think they want to be the center of the universe and have learned that humans don’t do much when sitting in the small room with the strange water chair.” – She shared.

As vulnerable as the cats, they will feel unsafe when they don’t see you. They absolutely venture around the house in which the smell of you is gathered the most. Resident veterinarian, Dr. Kathrynn Primm, stated that the behavior may stem from evolutionary instinct and a need to feel protected.

“Your cat is a predator driven by the instincts of a hunter,” Primm writes. “But because of her size, she knows that she could also be prey. As her guardian or parent substitute, she may feel vulnerable in your absence.”

She also learned that cats are territorial. Once a cat is in the house, keep in mind that your house is already their territory.

“Your home is your cat’s territory and the bathroom is within the boundary of his sphere of influence. How dare you shut him away from his own territory? You might be hoarding resources or making friends with other cats. He can only know if he checks.”

All those explanations might help you find out how much a cat needs you to love them. Affection doesn’t just come from in the living room or the couch or your lap but also in the bathroom, y’all!