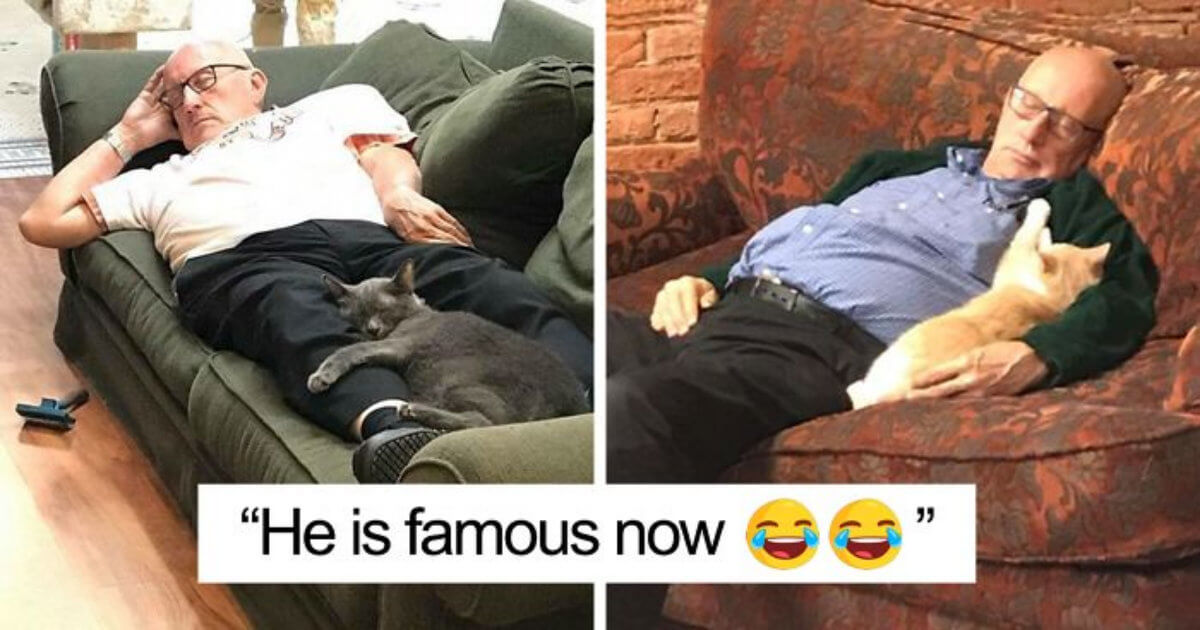 Napping in the fullest with kitties – why not? Keeping them snoozing until they are energetic to play with us is the best thing that this 75-year-old volunteer Terry Lauerman did! He spent approximately 3 hours a day on grooming and looking after these cats to help the shelter shows that humanity is everywhere. How’s the result? Let’s find out the story below!

Safe Haven Pet Sanctuary in Green Bay, Wisconsin is where all the cats are waiting for this lovely human to come in every single day. Terry said he loved to brush cats and it was reported by the founder of the shelter Elizabeth Feldhausen: “He just walked in and started brushing.”

With his favorite thing was brushing cats and his kindness urged those people at the shelter to invite him to be a catnap volunteer!

“So eventually we told him he was an official volunteer and had him fill out our volunteer form.”

It was not only his favor which is grooming, taking care of the cats, knowing their likes and dislikes, and repeat but also a chance for the shelter to show the world how wonderful Terry the volunteer was. His greatest work has been posted on their Facebook fanpage and it went viral, brought a big amount of fundraising:

“Our donations have increased!” – said Elizabeth.

Terry has won everyone’s heart as well as those cats wholeheartedly. The shelter also shared their plan with the epic donations:

“The proceeds will likely go to adding additional quarantine rooms, so that we can save more cats more quickly, vet bills, and re-insulating the building so that we are more energy efficient this winter. We’ll have more than enough for all of those things, so some will go to savings and be our “rainy day fund”.”

In case you are still in the quarantine regions and willing to do something meaningful to your life, let’s head over to the shelter and join the catnap club, they will absolutely thank you! Scroll down to see how our volunteer Terry ‘cooperate’ with the cats and tell us what you think!

“He just walked in and started brushing.” – The shelter founder said