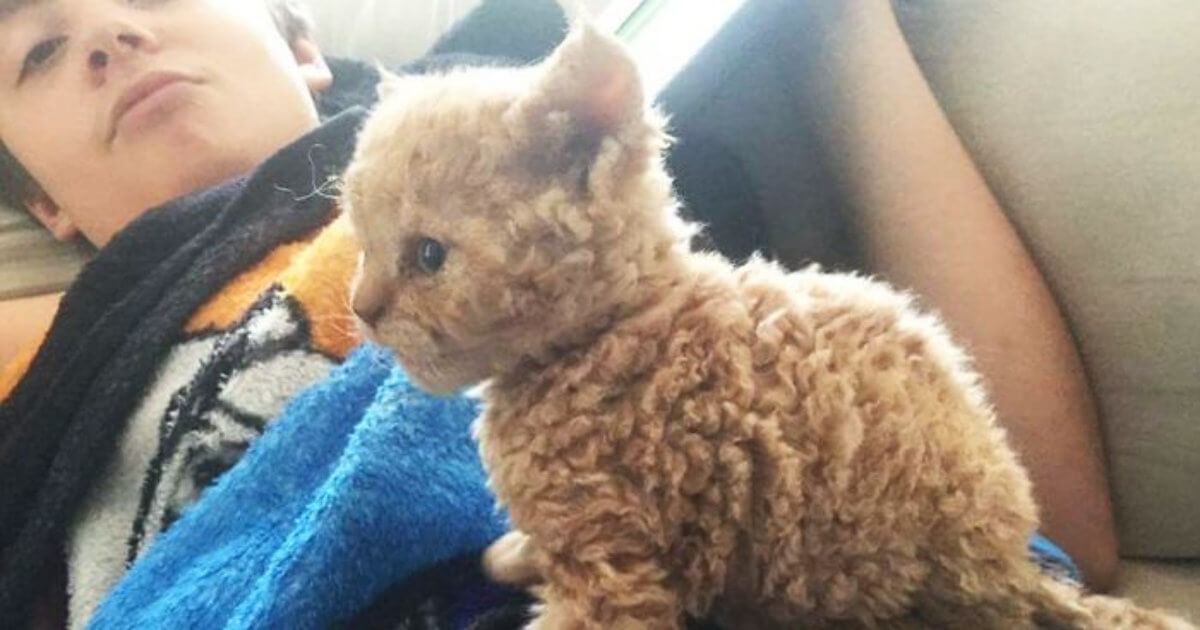 We all know that poodle dog is popular for its adorable fluffy curly coat, but have you ever seen a poodle-like kitty? There was a phenomenal photo series of an orange curly kitten posted on Twitter with the caption: “I’ve never seen a cat with curls until now.” But everything happens for a reason, let’s find out the amazing background of this cat breed – Selkirk Rex.

The pictures of this orange kitten with curly hair went viral

This spectacular genetic mutation was originated randomly by a Persian breeder named Jeri Newman in the late 1980s. She figured out an unusual mixed-breed kitten in the litter of feral cats in a Montana shelter so she decided to adopt the curly-coated baby kitty and named her DePesto. Later on, Newman bred DePesto with a black Persian cat and the outcome was overwhelmingly adorable: six kittens had soft and wavy coats like their mother! Jeri Newman named this breed after her stepfather’s “Selkirk” and she kept on breeding this curly critter until now.

The curly kitty, who was born in a Montana shelter in 1987, had 4 siblings with straight hair

Selkirk Rex appears in 2 types: short hair and long hair ( like the British shorthair and the British long hair). Their fur is more dramatically curly in the longhair one. They are soft, friendly, and affectionate who get along with people and children so well. You’re now wondering about how to take care of their unique coat? As their curling fur is easier to stay on their body when it sheds, you should probably pay attention and gently take the loose hair off but do not comb as it will loosen the curls. Lastly, fulfill them with treats and your love!

The woman bred it with a black Persian and they produced a litter of six babies, all of them with curly hair

She added ‘Rex’ to indicate that the adorable coat was curly, a feature that so many cat lovers fell in love with

Positive reactions from the Internet:

Negative reactions from the Internet: