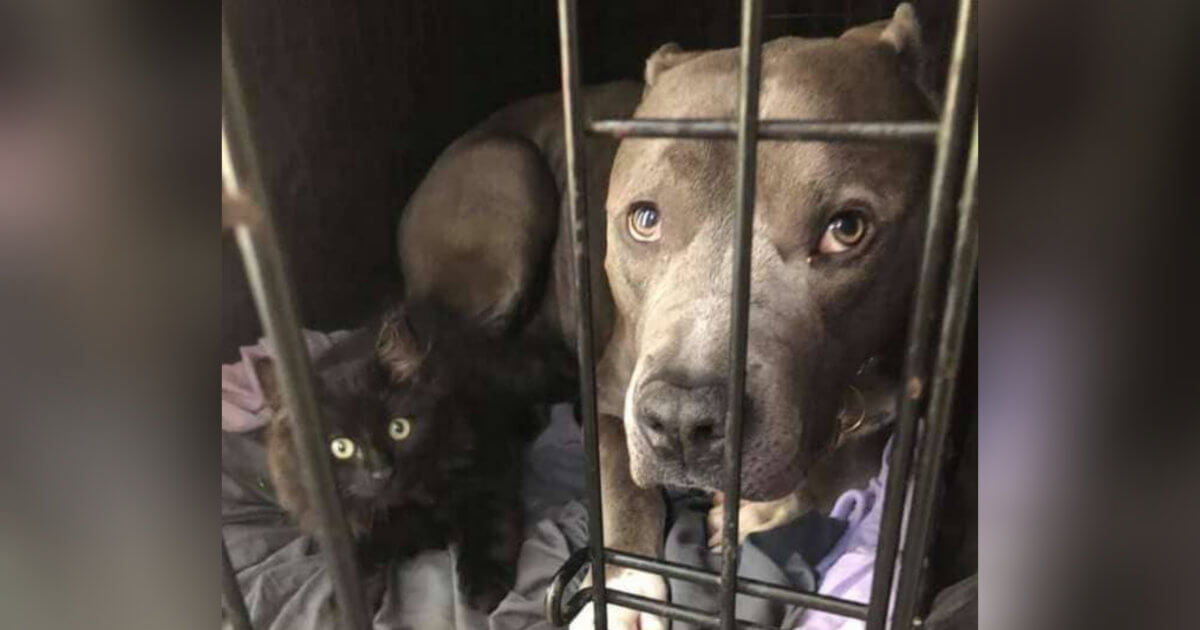 We are born in a particular way by default but that doesn’t mean we can’t change our future as well as others’. Bethany Leigh is an advocative and devoted woman who loves to rescue and foster abandoned animals. She has big willpower to save the living creatures as much as she can. But she doesn’t do it alone, a graceful and gentle pit bull dog Sterling is her reliable sidekick. Sterling’s past was not as good as expected, he was abandoned too, and his human mom Leigh lightened Sterling’s life when he was 4 and a half weeks old. 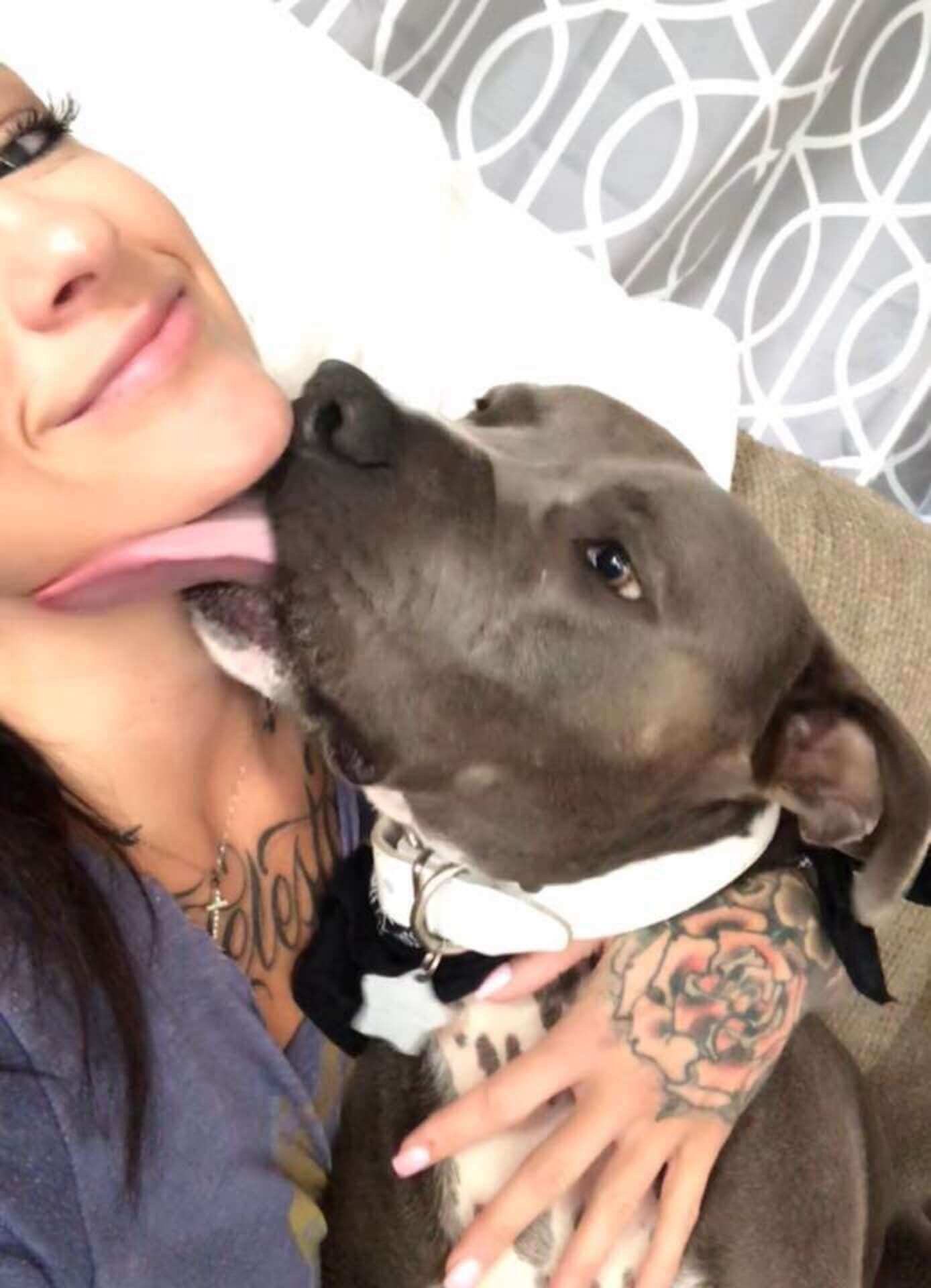 “He was so small. I was bottle-feeding him regularly.” – Leigh said.

“He had giant scars across his chest and legs. With lots of work and love and training, he has become so sweet and loving.” – She continued. 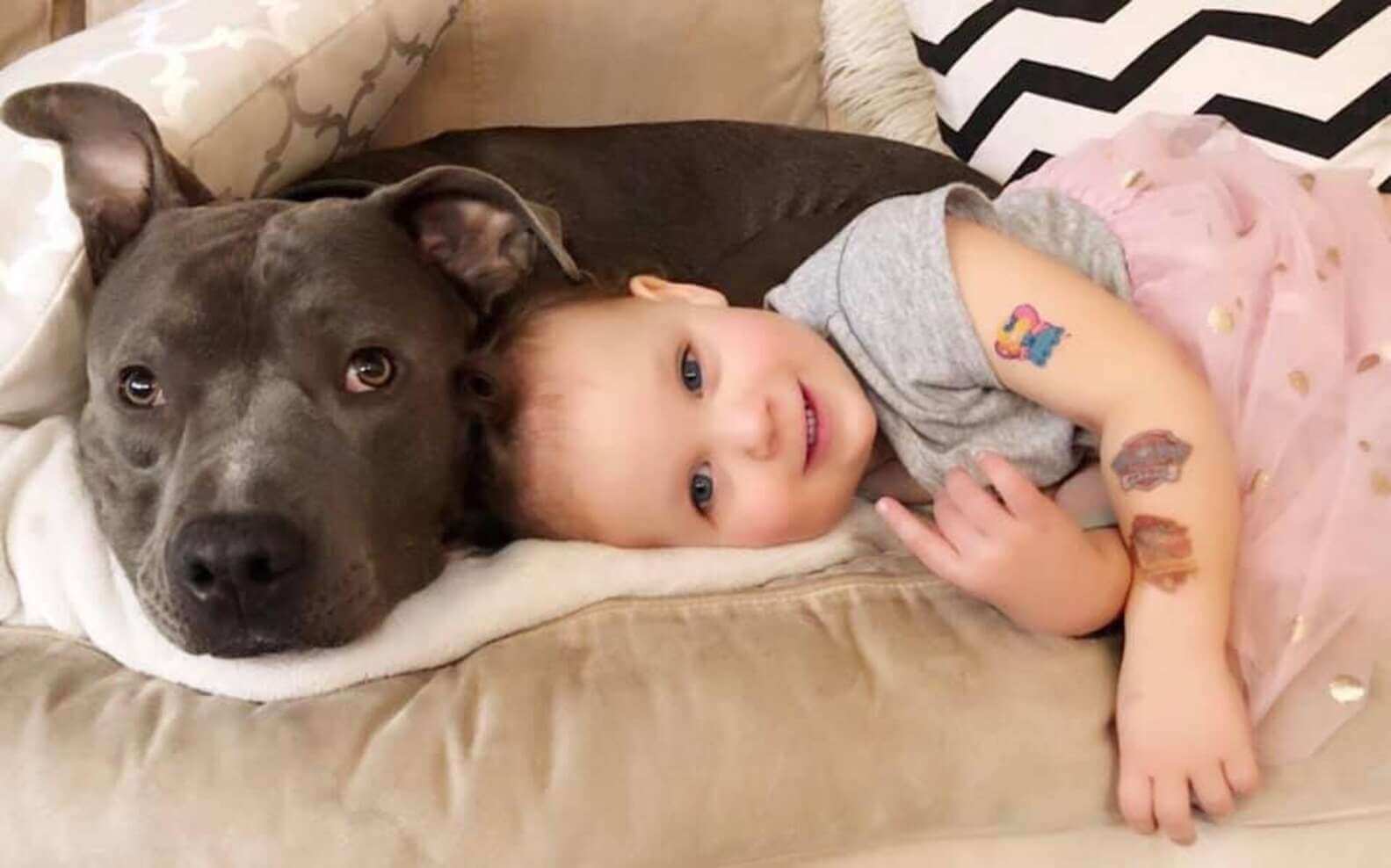 A team of 2 members has made some remarkable rescues, especially kittens. Whenever Leigh brought home and fostered a kitten, Sterling would approach and comfort and support a little soul as he knew the kitten had had rough days like Sterling’s. 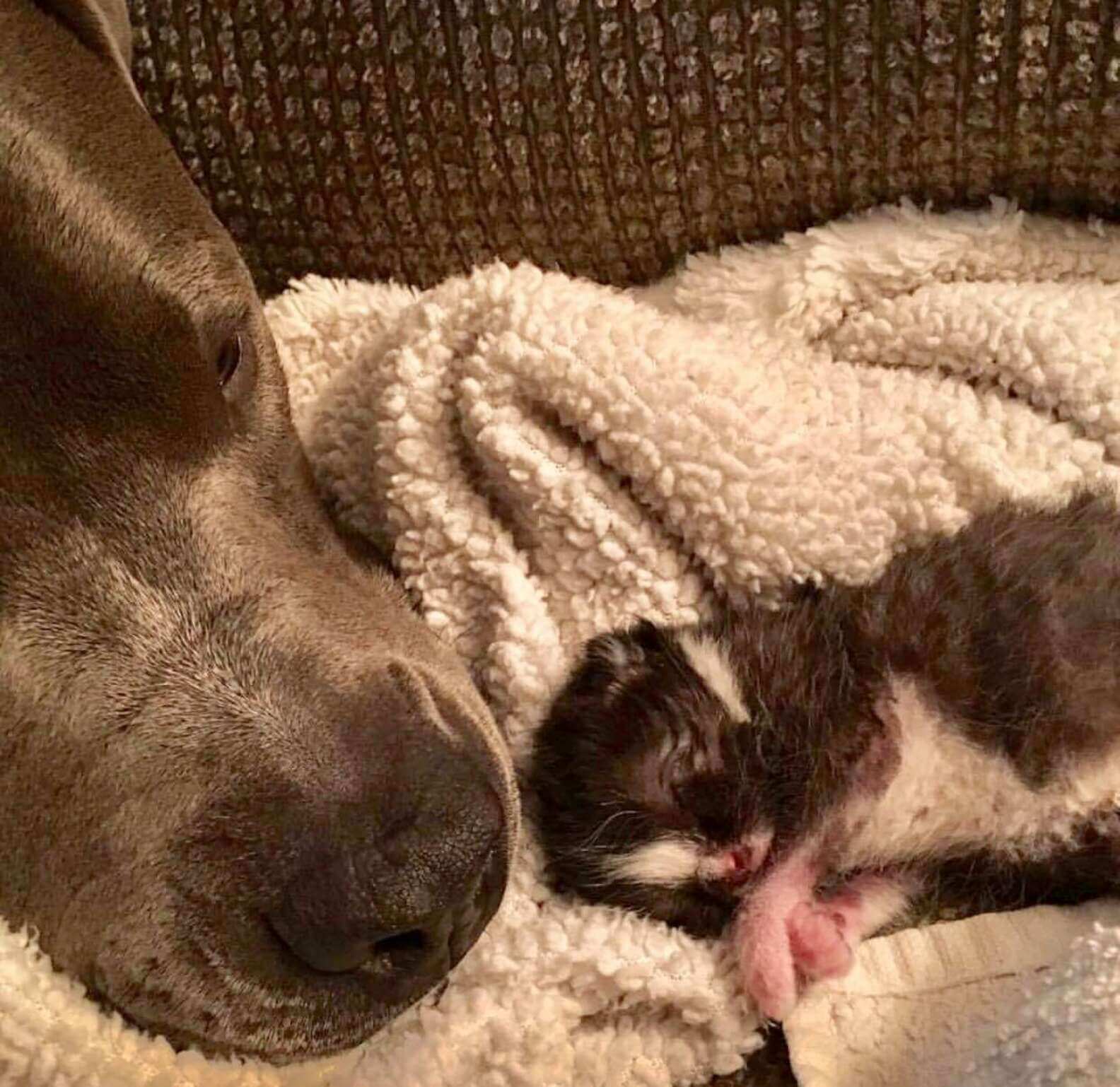 One day, Sterling’s mom once again fostered a black longhaired kitten, she named him Lux. All of the sudden, Sterling’s reaction was utterly different from usual. He was more in love with his new buddy who was spotted being all alone in a McDonald’s parking lot. 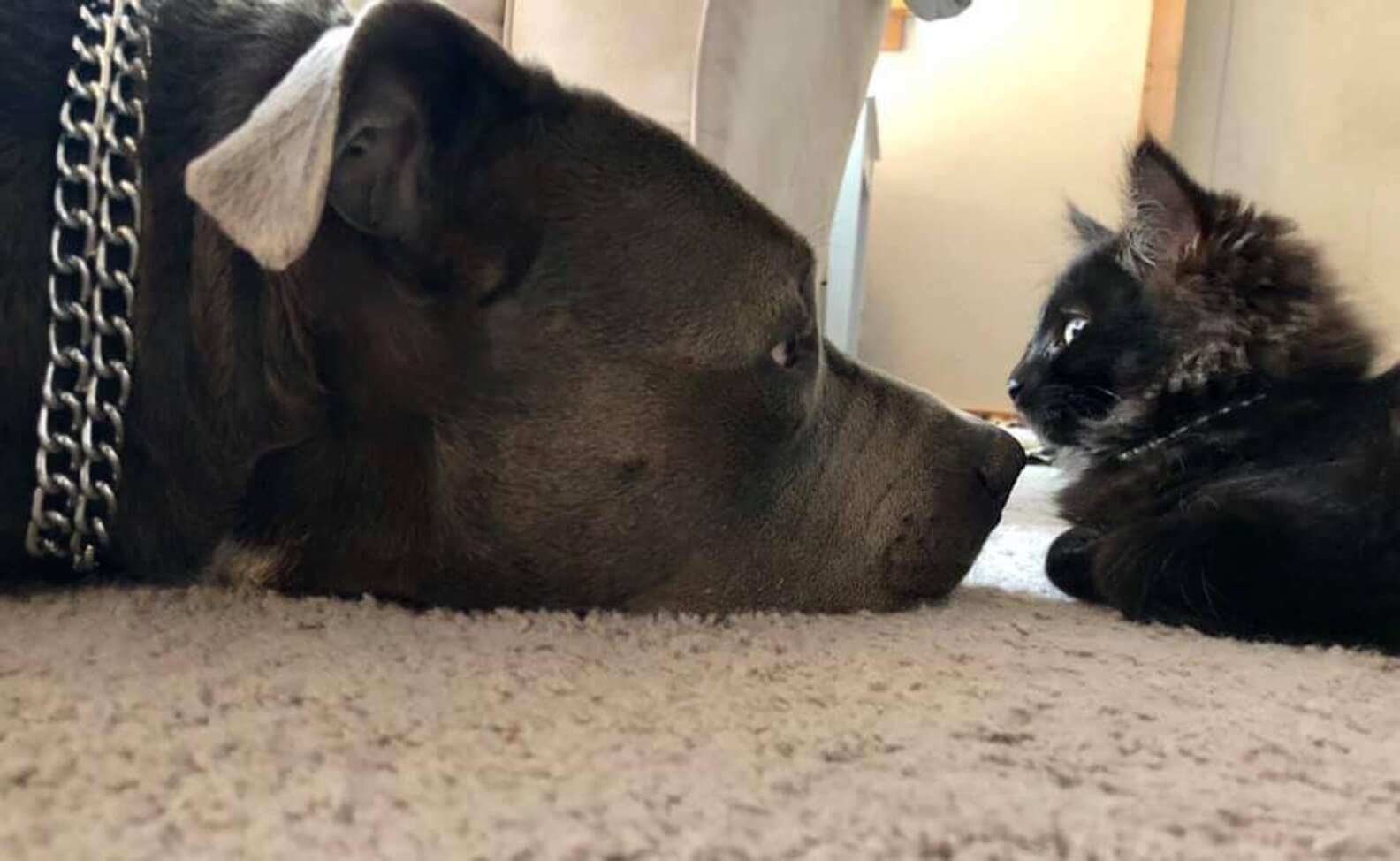 The more Lux was afraid of Sterling’s presence, the more a soft pit bull came to a little foster kitten. He showed the kitty how patient and affectionate he was. Gingerly, the bond of a pit bull and a cat was getting closer, which made Leigh really grateful and happy. 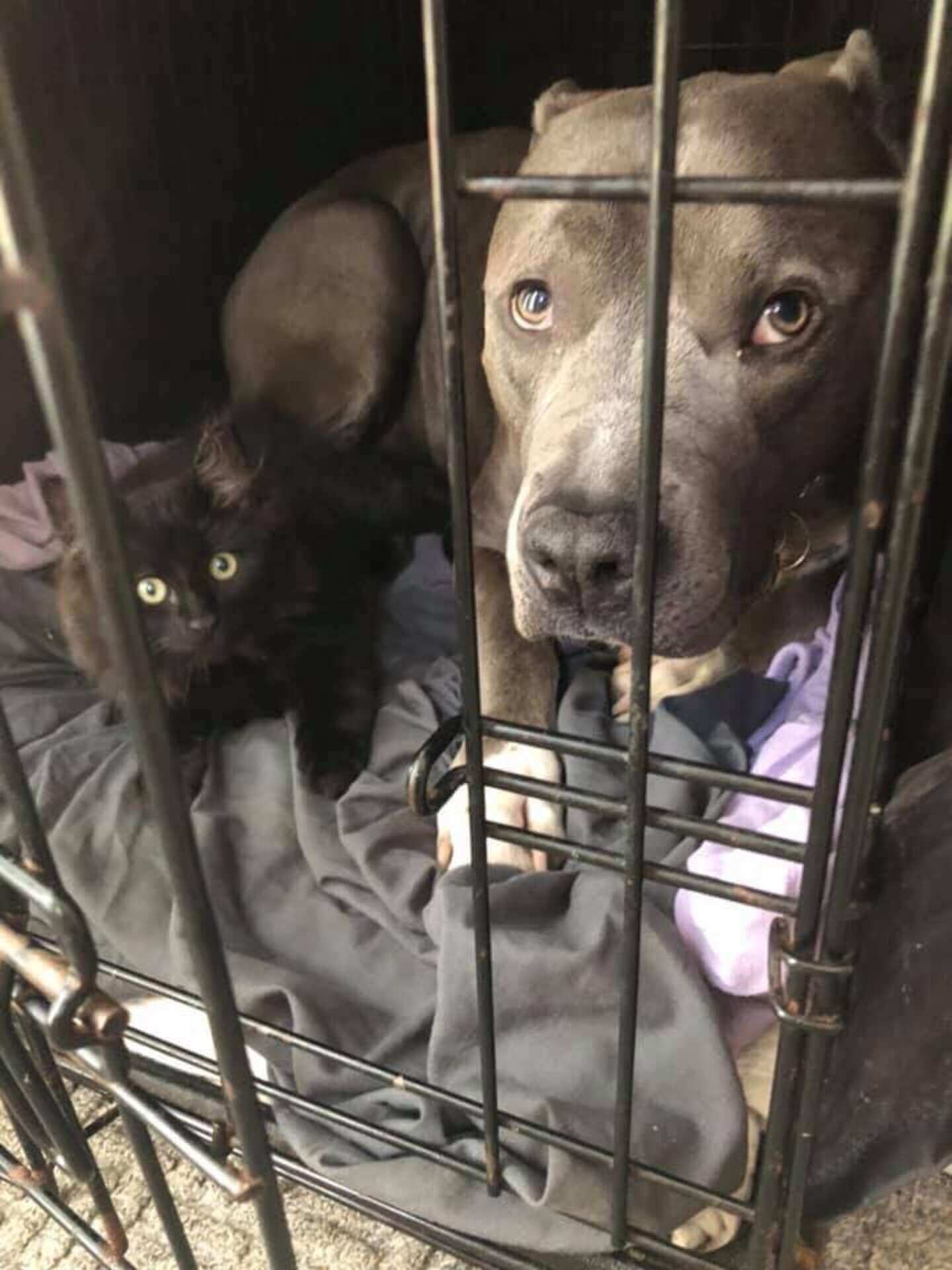 “When we’re in the backyard and I let Lux explore if he goes too far or starts to climb the tree I tell Sterling to go get his kitty, and he runs to find him.” – Leigh said.

“They snuggle and nap together, they both love balls and toys, they love our backyard and play together back there.” 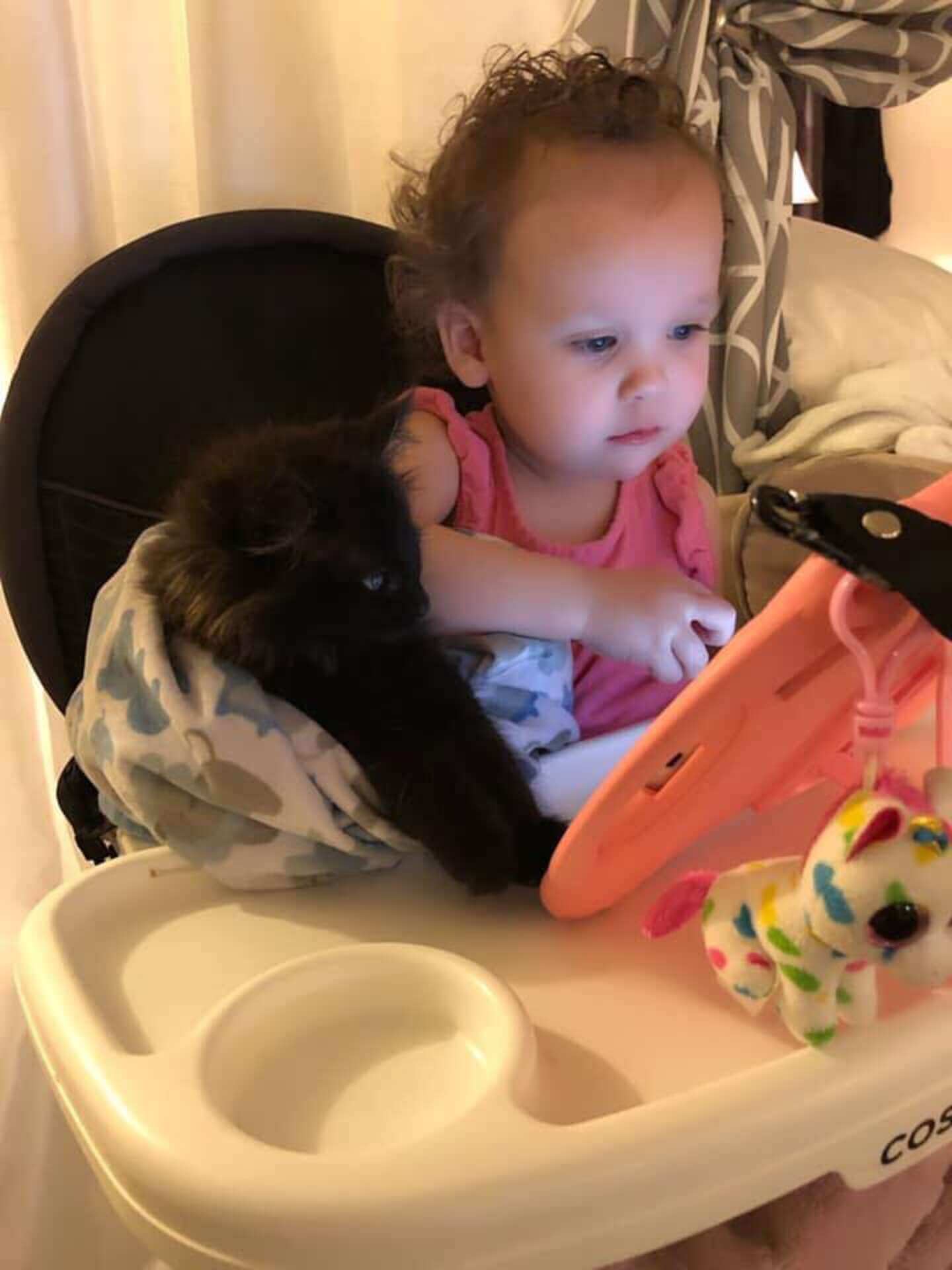 After a month of being provided love, care, and attention, Lux became intimately inseparable from Sterling and his foster mom. Not only did Lux get along with a pit bull, but he also befriended an adorable daughter of Leigh. The woman was going to give Lux another loving home that would give him forever bliss but seemed like Sterling the pooch would be heartbroken if Lux left. Leigh decided to label herself as Lux’s official human mother! Turned out, the inseparable duo is now brothers, nothing could be happier than the moment when dog and cat are friends furrever! 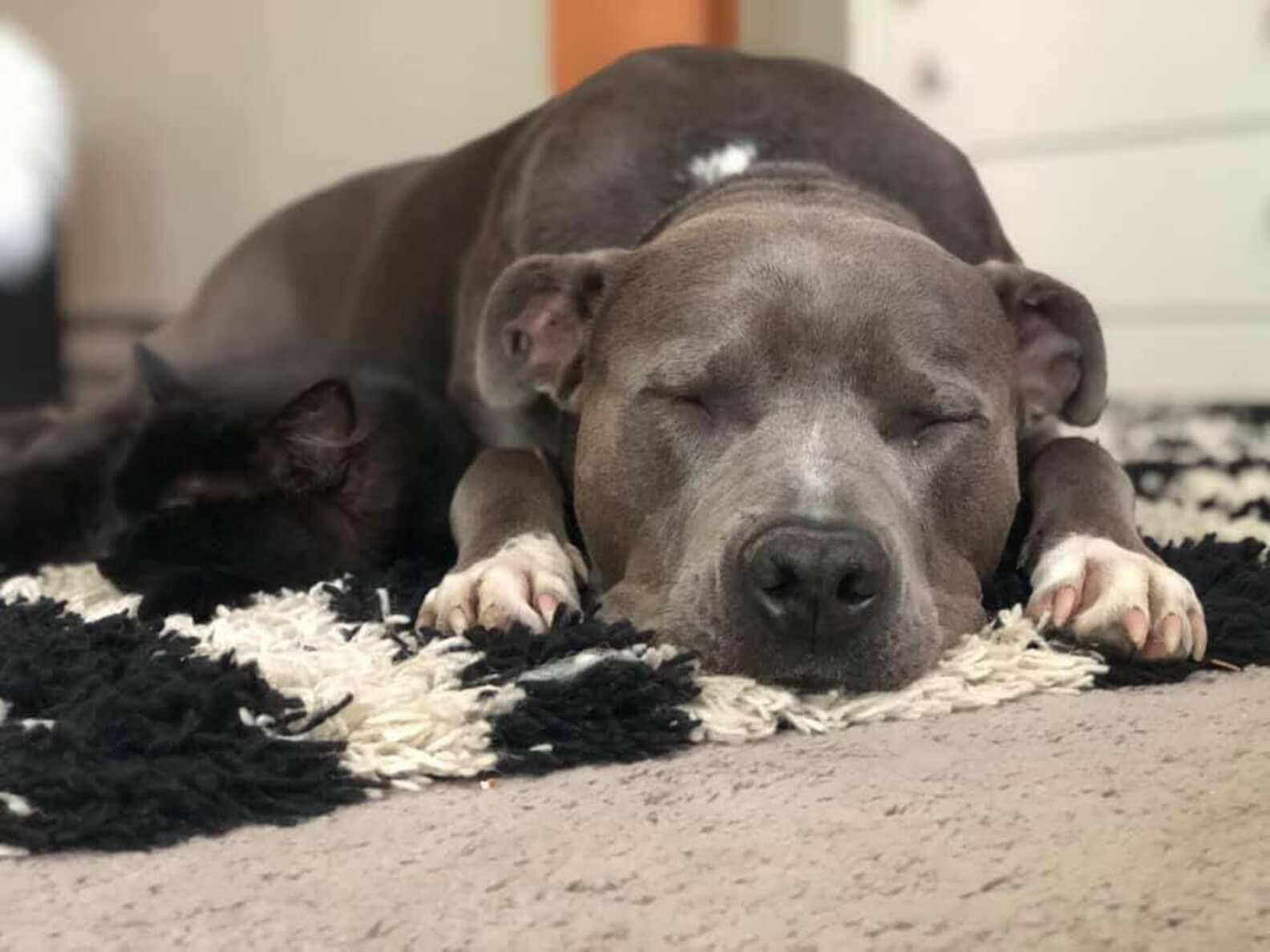