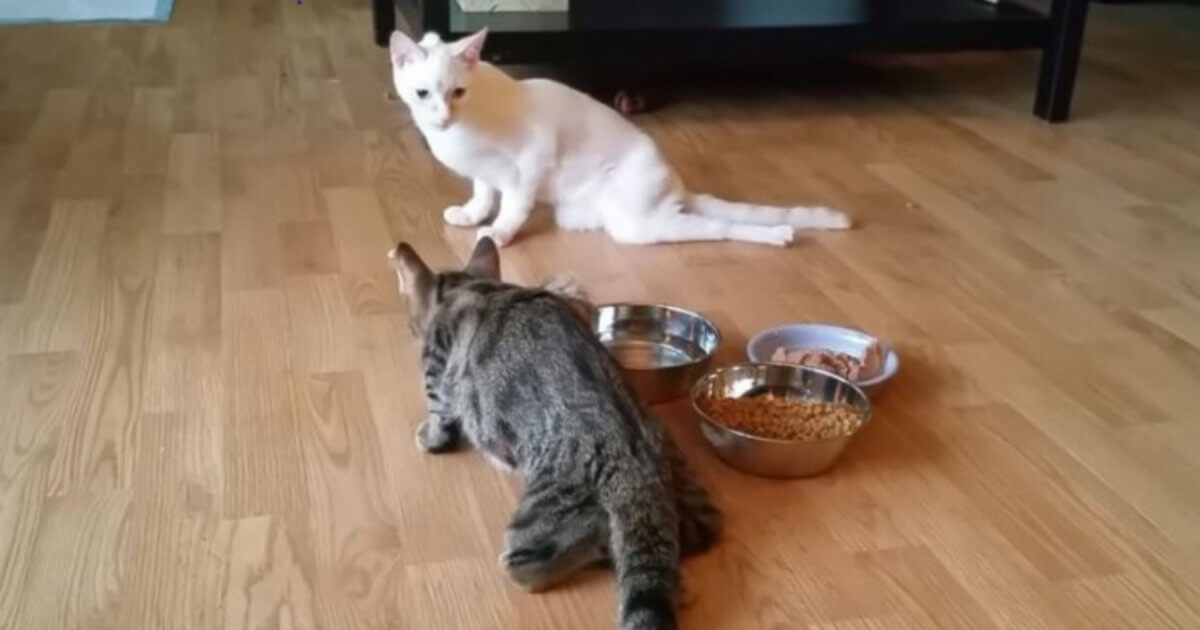 People say ‘Attitude determines your altitude’, and that is true for these adorable cats. Despite being paralyzed in their back limbs, they still do wonders of being cats themselves! However, having disabilities mean they have to compromise and practice ‘a new normal’. The cats need to optimize the front legs to walk around and do other stuff.

PaddyWhack and Mohawk were found in a cardboard box in the middle of nowhere. They were left alone with the hind legs were completely relinquished. The former owner must have given up on their disabilities when they were kittens. It was believed that they had been fighting against the abusive family but failed, so these two poor kitties no longer used their limbs.

Some kind-hearted rescuers found and rushed them to the clinic Toronto Cat Rescue, hoping they would help these kitties as soon as possible. After having a checkup and X-Rays, the vet said they were born with paralyzed hind legs. It also meant they had no injuries were found!

The Director of Toronto Cat Rescue, Heather Brown, stepped up and brought these two furballs home. She volunteered to foster them, turned out, they were more than what she had expected. PaddyWhack and Mohawk were super friendly and playful. Their ailments didn’t stop them from running and playing together in Heather’s house. Regardless of being irretrievably paralyzed, Heather still put on the hope that they would be welcomed into a loving home and live happily ever after!