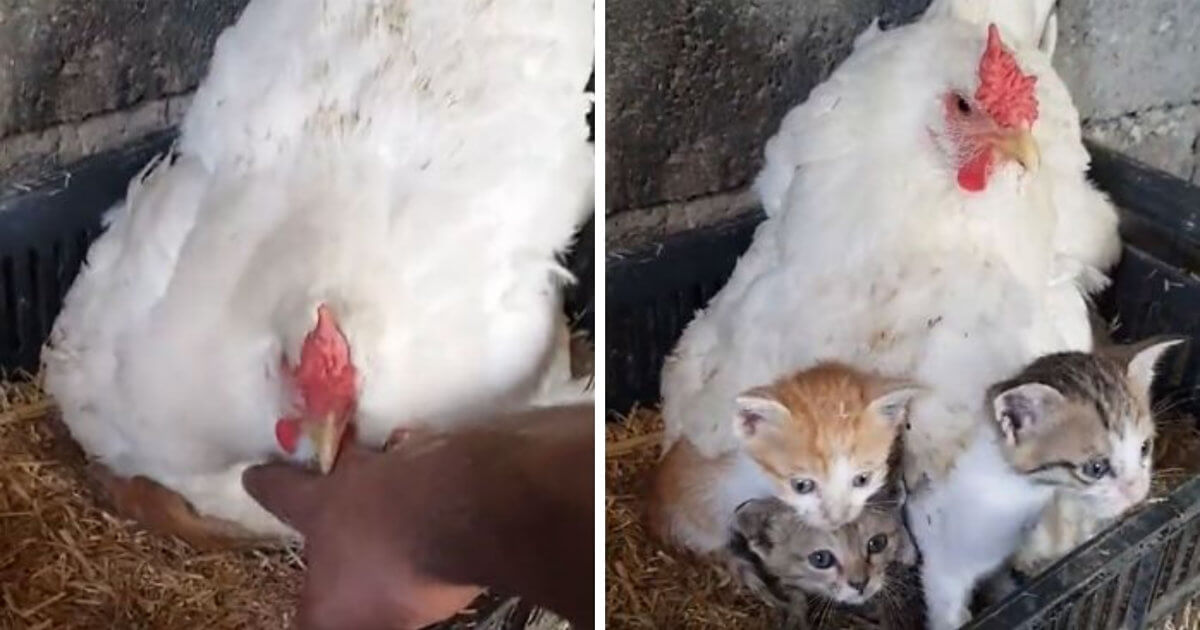 Have you ever thought you go to the chicken coop to collect some eggs one day but turns out it is a clowder of three little kittens? This uncanny story happened to an Iraq farmer when he noticed some meows but came from his hen’s underneath.

Kurdish farmer and soldier Goran A Surchi recorded an interesting video about three cats that were snuggled under the hen’s feathers (named Lee) in their chicken coop. Being considered as three motherless kittens and they were in need of shelter, warmth, and care, so this maternal chicken took them under her feathers like her own.

When he lifted the hen, he spotted three tiny kittens instead of baby chicks

“For some time now, I was hearing meows coming from our chicken coop and I was curious to know what was going on, as our chickens could be in danger. When I realized that the meows were coming from under the chicken, I decided to record it so as not to miss this unique moment and to my surprise, there were three beautiful kittens there.” – said Surchi who witnessed this adorable moment.

“Later we came to find the lifeless mother of the kittens. Unfortunately, she drowned in a lake near the farm.”

“Amazing how our chicken seemed to know the story, thus resolving to take care of the kittens”

This short wholesome video was posted on Tiktok has stolen people’s hearts and tears. Who said a hen can’t raise her different species like they are her kids? And who said those kittens can’t recognize where the love is? Mother nature is fair: when the door closes another one opens. Three poor kitties might not have the biological mom but they have the best adoptive mother ever!

To no one’s surprise, people absolutely loved it