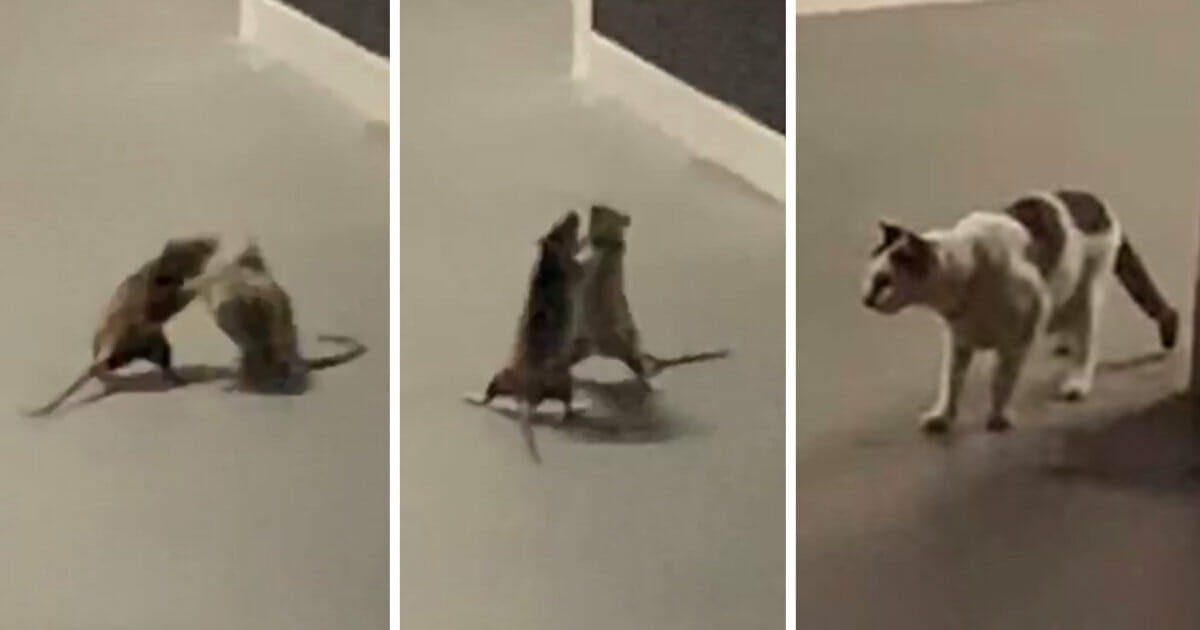 There are several kinds of animal fighting activities that any of us must have heard or seen at least once. Some are illegal (dogfighting, cockfighting, etc.), some are just straight out funny (catfights), but have you ever heard of rat fights? Apparently many have not, and that is why this video of two rats fighting over went super viral in such a short period of time. The woman who was lucky enough to catch that hilarious moment was Cheez Goh from Singapore. She posted the video on her Facebook just because it was funny, never really expected it to blow up. The video had 877K views. The comment section is limited as this is her personal account. If it was not, her notification would definitely go wild.

A woman accidentally stumbled into a ‘ratfighting’ on her way home

Well, and she was not the only audience

“On my way home to this amusing sight! We’re so used to seeing cats fighting. But have you ever seen rats fighting? A cat that never interrupts is a smart cat. Guess which rat did the cat chase after? The one that runs away from my direction or the one that comes towards my direction? Guess correctly, I’ll buy you coffee” Her video caption on Facebook.

Bored Panda immediately reached out to her for an interview. She shared “I was on my way home on the 8th of July around 10 pm and under my block, I saw those 2 rats running and chasing each other around trying to provoke one another, and they went separate ways while I wanted to film it. Then it happened again and I quickly took a video of the process.”

Let’s have a closer look at this ‘intense’ fight

As a curious audience, you possibly could not help but wonder what happened next right? Well lucky you, Cheez already told Bored Panda the end game, and we quote “The two rats just gave up and went separate ways. One ran away from the camera, one came towards the camera where I was standing. It didn’t seem to notice I was filming the process and ran towards me. I freaked out as it was approaching me, causing a sudden movement. The rat then ran for its life and that’s when the cat saw that the rat was running and charged towards it. However, the cat missed because the rat went under the drain. The rat was really fast!”

You can watch the entire breath-taking fight here

Here are some of the reactions from the viewers