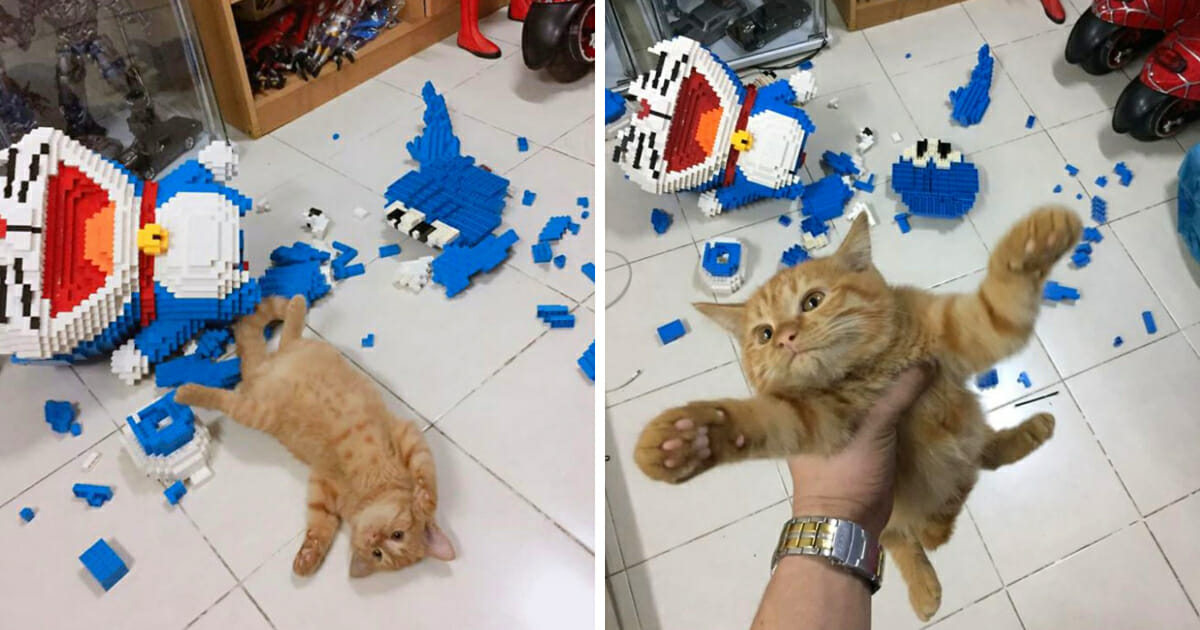 There is a common understanding going around the pet lover community: in cats’ minds, we feed them and take care of them, they must be God. Obviously, “God” gets what he wants, and when he fails to do so, he acts on it!

Just like any others, this little kitty from Thailand loves attention and breaking things, too. When the need for attention is not met, then the need for destruction must be fulfilled. He destroyed a 2,432-piece Doremon figure just to say “Notice me!”. His owner is currently working in a toy store, and the figure was an order that he had to finish before New Year. It took him 7 days to finish the project, but it was all for nothing then.

The cat owner was so angry but supposed he found the situation funny at the same time. He decided to took some pictures and posted them on his Facebook account. Unexpectedly, the post blew up! After all, how could anyone be mad at such a cutie?

The kitty “swimming” in the gigantic mess that he made

The figure before and after “the wreckage”

Doraemon is actually an incredibly famous character in a Japanese manga series created by two talented writers and illustrators Hiroshi Fujimoto and Motoo Abiko. The series was first published in 1969, so the character is literally more than 50 years old. Little did that mean anything to the catto, he surely had successfully gotten his owner’s attention, and thousands of others as well.

Hopefully, the worker would meet the client’s deadline as the work of art was already destroyed