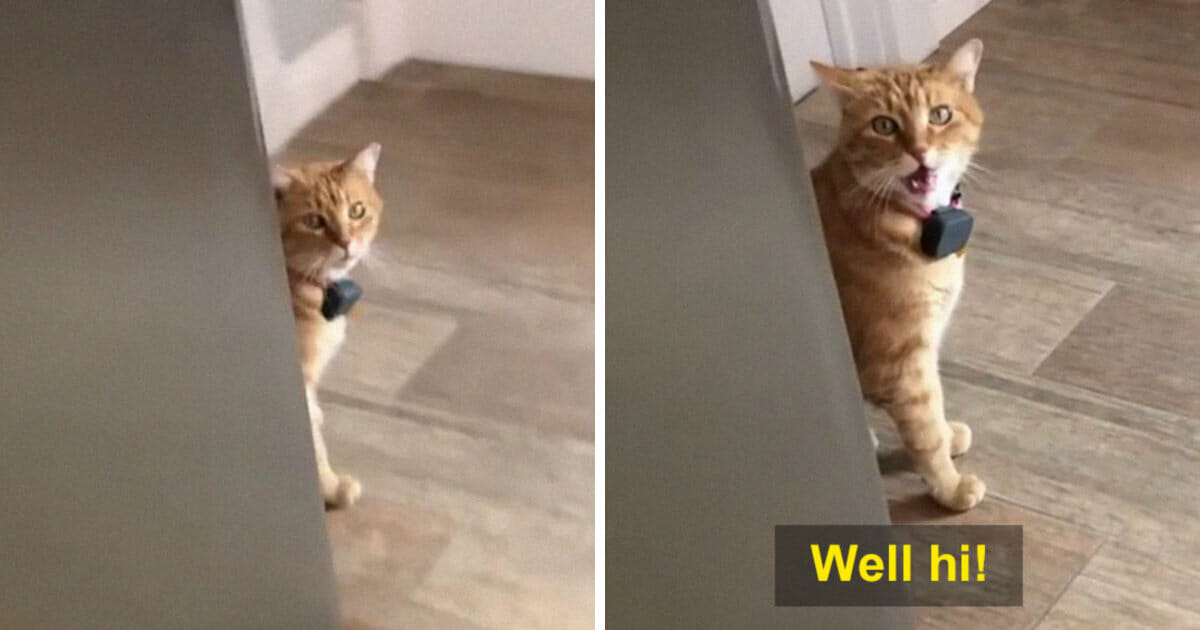 The world of pets is a world that is full of colors and surprises. Once you are in, there is no getting out. Our pets just never cease to amaze us with tricks up their sleeves. We have seen Husky saying “I love you” in the most adorable way, or cats saying “NOOO” when it’s time for a bath. This time, let’s meet a feline that, out of a blue, surprised his owner when he said “Well, hi” in a thick Southern accent. The cat’s name is Gambino.

The video was shared on his Instagram @gambino_911 and immediately caught the attention of worldwide internet users. He was referred to as “a spirit animal with cattitude”. Gambino’s owners when shooting this video genuinely thought that it was just a regular daily record of their cats for the feed. They didn’t expect Gambino to run off, hide behind the fridge, and out of nowhere say “Well, hi” very human-like. And they sure wouldn’t think that the video would blow up. The original post on his Instagram was shared on multiple channels and newspapers, got 1.492.435 views with 179.772 likes up till now. Gambino was also officially TikTok famous as the same post on TikTok has over 8.4M views with 1.8M likes.

People’s exciting reactions towards Gambino’s saying, reminiscing of their own pets