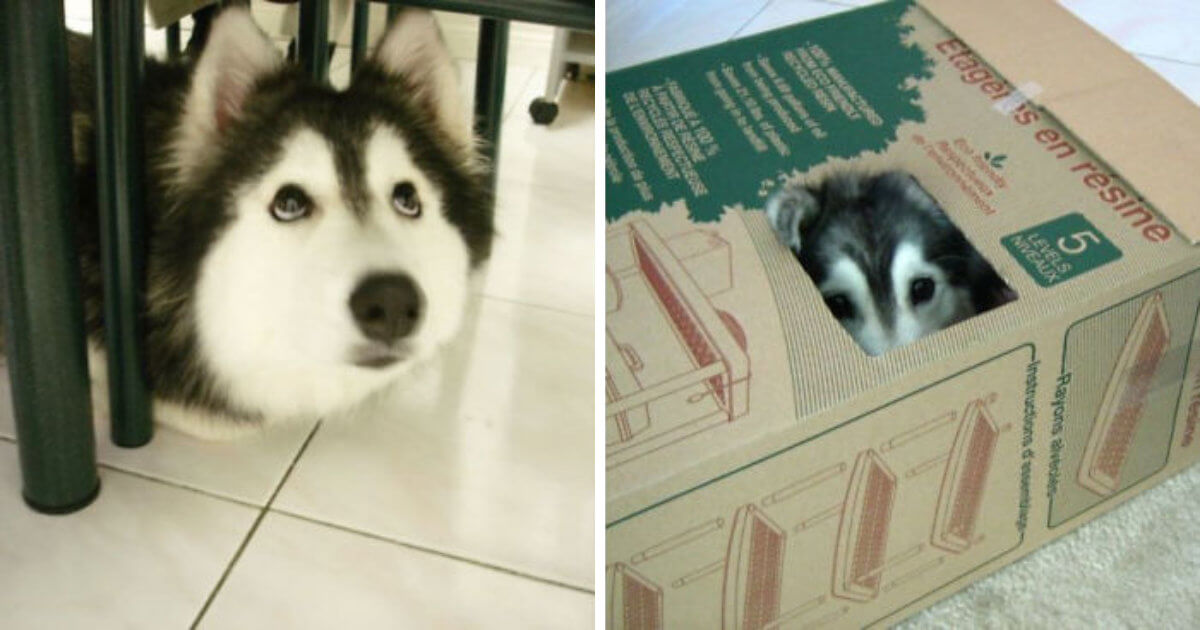 It is quite normal now when you see a dog and a cat befriend each other. But how often would you see a dog that was raised by cats, and even acted like one? Meet Tally, a husky/malamute/little bit of other breeds, but mostly malamute. Tally used to be an internet phenomenon when her owner shared some photos of her on the Reddit account Dog_of_justice. She was known for her adorable cat-like acts. The owner believed that Tally actually thought that she was a cat.

“She was raised with cats by her previous owners, and they only gave me puppy pictures without the cats. I can’t prove she was raised with them or that she truly thinks she’s a cat.” Even so, Tally’s daily acts and routine definitely proved her owner’s suspicion to be reasonable.

Let’s take a look at the one and only Tally the cat-like husky.

Tally’s owner adopted her when she was 2 years old and was already a full-grown dog. This was taken by her previous owner

Unlike a regular doggo, Tally does not like belly rubs. “She’ll stare at you and sigh a lot until you stop”

She is a bit of a loner when it comes to socializing with other dogs. She prefers ignoring them

“She’s almost completely mute. She likes to lie there, observing people and silently judging them all day”

She’s a rule-breaker, too. “She’s not allowed to go upstairs, but she’ll try to sneak up one stair at a time”

Then again, a trouble maker…

Some more pictures of Tally as a fluffy puppy

If she was in a circus, her specialty would be balancing things on her head