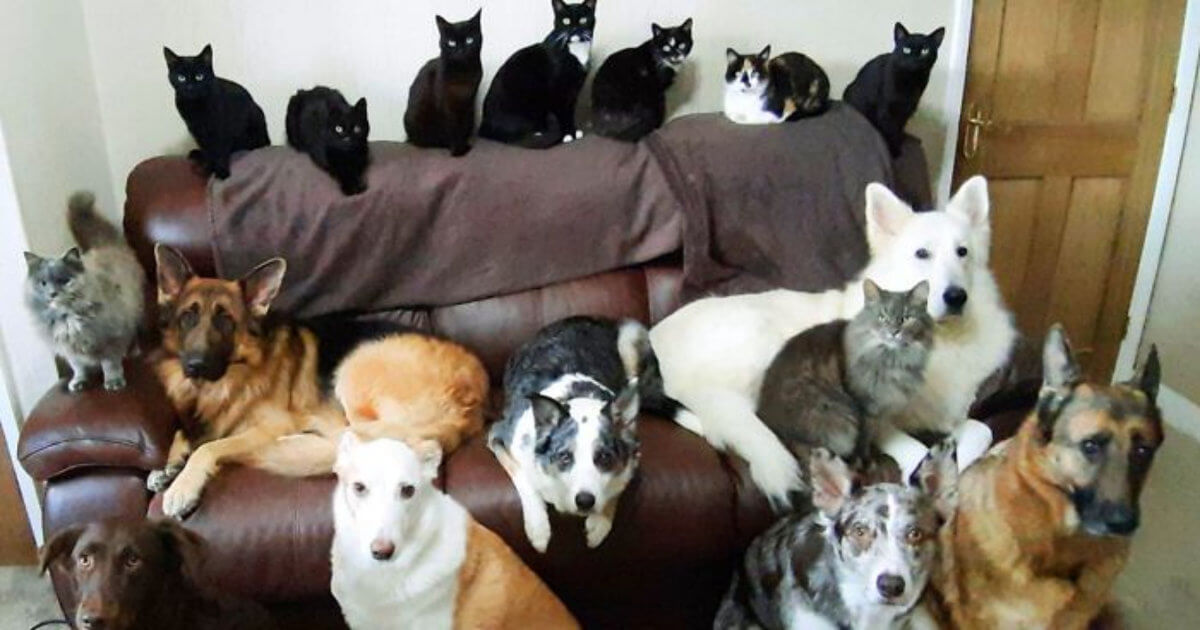 “A decent photo with my owner? Never heard of it!” – said the pets.

Pets love to hang around, fetch, retrieve, or be alone rather than taking a photo with their hooman, who loves to show the world how adorable they are. Let’s separate in 2 categories: cats and dogs. With these energetic canine friends, we would eventually receive a bunch of blurry goofy photos since they are hyperactive, they like to be outdoor, they keep running and jumping. Felines are in another universe, the reason that they despise of the camera because they don’t like to be invaded while being aloof and feeling themselves.

I know it’s really hard to have some cool photos of your pet, but trust me, this patient woman will change your mind: Kathy Smith from Corwen, Wales accepted the challenge: she got all her total 17 cats and dogs to sit obediently for a lovely family picture!

Kathy is an animal enthusiast, she has had 8 dogs Ruby, Ben, Max, Sheba, Teddy, Rio, Storm, Mishka, and 9 cats. But the number is still counting, the woman also owns 4 budgies, several fish and a baby hedgehog.

Speaking about the most epic cats and dogs photo, she revealed that it was difficult at first since the feline gang didn’t seem to enjoy it while all the dogs were always ready. But in the nick of time, suddenly she got everyone in the photo looking into the camera right away.

“I was so thrilled when I realized I’d captured this shot – it’s like a little family photo!”- Kathy said.